A brand new monthly feature for Across The Pond Wrestling as each month we take a look a British Wrestling company. This month, it's the turn of new Manchester based Hardcore outfit HXC Wrestling. 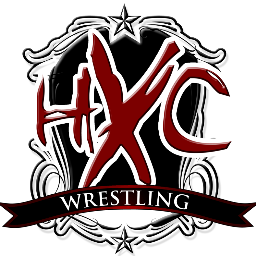 For a company who only had their debut in April, HXC Wrestling has certainly created a hell of a buzz for itself. After selling out it's original venue for their first show One Dark Night, it was decided to move the show to Manchester Met University's Student Union, which also sold out.

HXC has made the bold decision of making all it's events 18+, with the majority of professional wrestling companies becoming more kid friendly, on the back of WWE's new PG era, a gap in the market has opened up for companies like HXC to exploit. The fan that existed during the ECW age and the attitude era hasn't just gone away and in fact many of them are hitting their late teens and are not being catered for by main stream wrestling anymore.

HXC makes use of both local and national talent with Stixx, T-Bone and Cyanide main eventing One Dark Night. And with top UK talent Jimmy Havoc heading to Manchester for their second show Chaos A.D. the talent on show is about to go through the roof. "I'm one of the most well known names in Hardcore wrestling in the country and have been wrestling around Europe for the last 10 years, but never in Manchester" Havoc explains, "then I get a call from HXC saying they want me on their roster. Can't say that's a bad call on their part, lets just hope Manchester is ready for what I'm going to bring to the party." 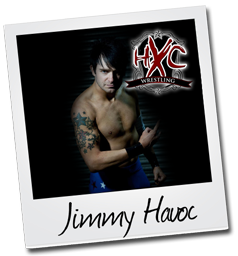 They also aren't afraid to listen to their fans and if something needs changing they want to know about it. With promoter Mike Hough explaining "After the phenomenal success of the One Dark Night, we've gone all out to make sure the card for the second show really meets the expectations of the fans", he continues, "as much as we already had future plans for CHAOS A.D in place, we have taken the feedback of all our fans who attended the first show and injected it into the second. We want to continue to give the people what they want and that is the best way to do it".


With a stacked card heading into Chaos A.D. once again taking place at MMU Student Union on Saturday 8th June, including double main events Clint Margera Vs. T-Bone and Jack Jester Vs. Jimmy Havoc alongside Zack Gibson Vs. Mad Man Manson, Loco Mike Mason w/Rebecca Mason Vs. Mikey Whiplash w/Violet Vendetta and Sam Bailey Vs. Cyanide w/Chris Egan. It looks like this upstart promotion will go from strength to strength, continuing to build it's name and serve a forgotten area of the wrestling community. 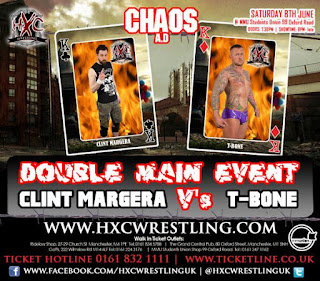 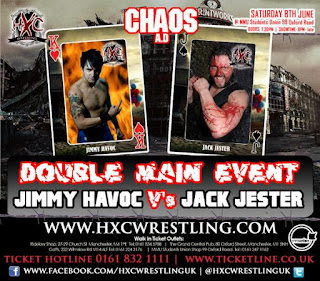 You can find out more about HXC Wrestling at hxcwrestling.com as well www.facebook.com/hxcwrestlinguk and by following them @hxcwrestlinguk on Twitter. Tickets for Chaos A.D. are available from www.ticketline.co.uk.