Five Questions With... Will Jackson

After last week's interview with Levi Shapiro, it's time to jump back across the pond with British Wrestler Will Jackson. 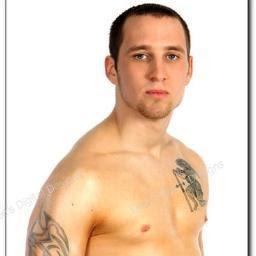 
1.      When did you first get into wrestling and what was the drew you to the sport?

I first began training with RDW back in 2008, I trained for a few sessions before a road accident prevented me from continuing. I rejoined RDW (Now GWA) in 2011. I have always been a huge fan of professional wrestling and grew up watching it. When I rejoined in 2011 I was dealing with a few personal issues and I needed something I was passionate about to motivate me, so I began training to wrestle again and haven’t looked back since.


2.      What's your opinion on the latest influx of British talent in the US and what effect has that had on the scene here in the UK?

I think there are some fantastic guys coming through on the British scene, we have some fantastic talent at our academy such as Reese Ryan, Simon Lancaster, Spyda and Big D. I have recently worked/trained with a few others who have great potential, such as: Caz Crash, Sam Wilder and Tommy Idol. All these new up and coming guys can only do good for the business, especially when they are hard working, dedicated and passionate.

3.      Who has been your favourite opponent in your career so far and why?

El Ligero- one of the biggest names in British wrestling, I learnt so much in a 20 minute match with him. It was GWA’s first show at our new venue (Grimsby Central Hall) we had a packed house of around 250, a great build behind the match and the match flowed brilliantly and was well received by the fans, my peers and Ligero himself.

Very tough question- My personal favorite match that I competed in was against El Ligero. CM Punk vs. John Cena at MITB 2011 has to be my favorite of recent memory. The build to the match was fantastic, the legitimate story, the electric crowd, the match itself and the end result were just brilliant. HBK vs. Undertaker at Wrestlemania 26 was another match that sticks in the memory.

Friday June 21st at Grimsby Central Hall, GWA- RUMBLE. We are having our first ever 30 man royal rumble and with some of the names in the rumble its set to be a great show!

We'd like to thank Will Jackson for the interview.