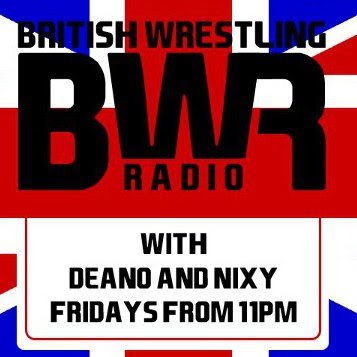 Name:   Dean Mitchell
Age: 44
Hometown: Sheffield, Yorkshire, England.
Known For: Being the owner and presenter of British Wrestling Radio since day one.


1974, I was five and watching World of Sport and at 4 pm was professional wrestling and for the next 45 minutes, I was completely hooked and have been ever since. I think I was drawn into it by the fact you had a good guy and a bad guy and I loved booing and cheering at the screen also wanting to to do the same things with my younger brother and we always tried to copy our heroes on screen and I loved all that.

2. Tell us a little about BWR Radio and how it all came about?


British Wrestling Radio is a show that is about promoting all British wrestling no matter where the show is I will mention it every week. It came about after I was listening to a few online shows coming from the USA and no one was talking about the Brits like Regal, Williams, Magnus, all the great British wrestlers and I sat at home thinking I got to do something about this so I typed in Facebook Wrestling and lets see what came up and I saw loads of British wrestling promotions and went from there

3. If you were to build a dream card, focusing solely on British talent, how would it look?

Just for a start.


4. What are your Top Three matches of all time and why?

El Ligero vs Ego Dragon, Mask vs Mask 2012 - No Ropes in this one and a end to the 2 year feud in Southside Wrestling the place was packed and rightfully so they went everywhere and did everything in a wrestling ring I was drained when coming home after seeing what I just saw a real class match by two gents who are awesome in all matches


All our details are;

facebook.com/bwrradio
twitter  @bwrradio
youtube   Bwronline for all our past shows
and to listen live its www.bwrradio.com
Interviews are lined up with a few british wrestling peeps at the mo just got to confirm them and thank you for letting me do this a real pleasure

We'd like to thank Dean Mitchell for a top notch interview, and urge you all to check out British Wrestling Radio as soon as possible.

Next Week: Double Header of Interviews with Erik Vasquez from The Wrestling Chronicle and Michael Kingston.
Posted by Unknown at 19:30