After last week's interview with Stuart Rodgers from The Indy Corner, it's time to jump back into the ring with Northern Irish star, Kasey Owens. 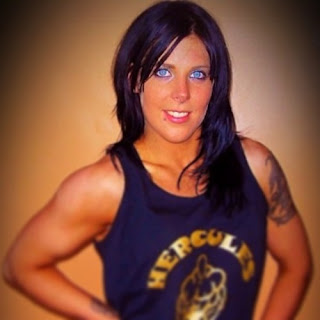 Ring Name: Kasey Owens (One half of The Owens Twins with Leah Owens)


As many people in the business may say I first watched wrestling when I was very young. I remember sitting watching it with my older brother while playing with our action figures of The British Bulldogs.
Then when I was getting older around the age of 9 or 10 I remember watching WWE (F as it was then) and seeing the women on the show and thinking to myself I want to be just like them. What really solidified that thought was when girls like Lita and Trish and Victoria started really making an impact after 2000 and showed that women could hold their own just like the men.


2. What are your Top Three matches of all time and why?

I love the Japanese style of wrestling and having trained with Fergal in Bray - I came to appreciate and love the style even more. This match was outstanding and definitely sticks out in my mind as one of the best matches I have ever watched.

What can I say, the build up the emotion the psychology this match had everything. I remember watching it in awe and when it finished was left wanting more, I can watch this match over and over and still have the same emotions watching it like I did the first time I watched it.

3. What's your opinion of the current state of women's wrestling in WWE, TNA, as well as across Britain and elsewhere at the moment?

Up until recently with WWE/TNA I was little upset at the direction they took with the women in the company, almost forgetting all the great years of female wrestling that they had had on PPVs and house shows. But I see that they are turning it around with certain signings and the are actually building credible storylines and matches within the company which I believe will open the doors for great female wrestling back in the WWE which I look forward to seeing.

Across the rest of the world I'm very proud to say that I’ve wrestled for some of the greatest female companies in the UK from Bellatrix to Pro Wrestling Eve to more recent ICW: Fierce Females with some of the best talent in the world today.

The UK is starting to stand up and take notice of female wrestling again and I hope it continues to go from strength to strength allowing the talent to go places they’ve always dreamed of - from Japan to Mexico to the US and beyond. Its an exciting time to be a female wrestler in the UK.

4. Which wrestler would you most like to have a match with and why?

That’s a difficult question to answer as I’ve many people I would love to wrestle.

I would have to say and it may not be a surprise for some - Lita.
She’s the reason that I wanted to wrestle. I had been watching wrestling for years before but not until I saw her did it give me the fire to do what she did.

She inspired me and gave me the confidence to be me and try new things and continues to inspire me to this day in everything I do in the ring.

She changed many peoples views on female wrestling in the WWE and inspired not only me but an entire generation - my generation. As many of the girls I have had the pleasure to train with has cited her as an inspiration.

Of course there are many others that I would love to wrestle as it would be an honour to wrestle them such as;
- Gail Kim her ring work is amazing.
- Victoria/Tara showed that you can train as hard as the men and still be taken seriously as a female competitor and not a gimmick for being a ‘fit’ woman.

I had the honour to wrestle one of the best from Japan recently - Emi Sakura. That was an experience I will not soon forget.

5. Where can our readers catch you in action next and how can they get in touch?

I am currently not taking bookings in the UK for next few months as I have the honour of heading to Japan to train with the girls at Ice Ribbon for the next three months from July 1st to September 22nd. A dream come true.

ATPW would like to thank Kacey for this great interview and wish her the best for the rest of her time in Japan.

Still to Come: Former WWE and ROH wrestler and commentator Matt Striker.
Posted by Unknown at 19:30