Bound For Glory is only a few short hours away, so we thought we'd treat our readers with a special interview with a TNA wrestler, so here it is....Five Questions With...Jay Bradley! 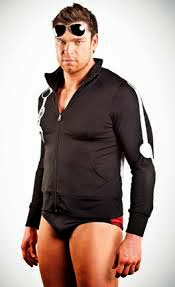 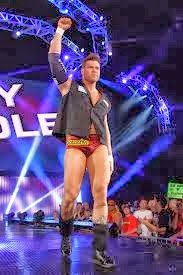 I started getting involved in the sport my senior year in high school. I was drawn into the sport because it was a combination of a lot of interests I had- athletics, comic books, movies. Big, athletic men with characters telling stories physically.


2. You've just finished off the Bound For Glory Series, what did you learn from wrestling top TNA talent week in, week out?

I learned that I belong in the ring with top talent. It made me hungry for more, to do it as often as possible. I feel it's how I will improve in the future- to be in the ring with people on my level or above. It will push me, make me become better.

3. Who has been your favourite person to step into the ring with and why?

Too many to name. Samoa Joe has been fun. Evan Bourne was fun to wrestle. Jamin Olivencia has been incredibly fun in my recent matches with him at OVW. I can't believe a major company hasn't grabbed him yet.

Too many to name!  Although a few guys that standout that watch often are Barry Windham, Arn Anderson & William Regal


5. What's next for Jay Bradley and is there any possibility you'll be making your way across the pond anytime soon?

I'm ready for whatever TNA throws at me. I feel I can be a major asset as major player for them. I want to be in the ring with guys like Angle, Hardy, AJ etc on a regular basis. Currently I'm trying to stay busy around my TNA schedule and taking Indy bookings again. I've actually been speaking to a few UK & European promoters about putting together a tour for myself.  So hopefully it pans out or TNA takes me with their big tour in 2014. If anyone is interested feel free to contacts jaybradleypw@gmail.com

We'd like to thank Jay Bradley for giving us this interview!
Posted by Unknown at 20:58