After last week's interview with "Swiss" Tony Warner from King Bingus Wrestling, it's the turn of WrestlingHeels' True God Immortal to step into the Five Questions With... hotseat. 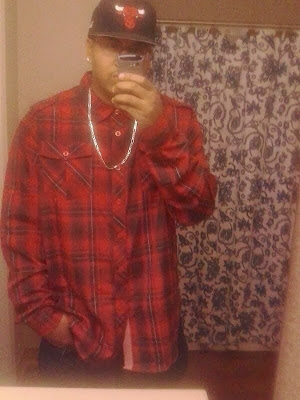 
I started watching wrestling back in 1991. I was really young at the time, and I remember Saturday Night's Main Event was on and I saw Ultimate Warrior vs Sgt. Slaughter. I decided to keep it on because there was some interest and then I saw Bret Hart vs Ted DiBiase on the same show and something connected at that moment. As a kid, there's something that captivates you about professional wrestling. I can't explain exactly what drew me to it initially because I was just a kid with a remote. As soon as I saw Bret Hart however, I instantly became a fan. Everything for me changed after that. I would go to the supermarket with my family and see Pro Wrestling Illustrated and automatically pick it up and read. That was where I learned the most about professional wrestling was inside of those magazines. Coliseum Video became a fixture in my household. I would go with my mother and she'd get some of the latest VHS tapes that came out. At that point I discovered how amazing Randy Savage was, Ricky Steamboat, Hulk Hogan, Tito Santana, Jake The Snake Roberts, etc... and then around 1992, I became a big fan of Shawn Michaels. That was the guy who kept me watching weekly on Superstars. I watched Shawn through his entire rise and I was extremely marking out as a kid when he faced Tito Santana(El Matador) at Wrestlemania 8. That match seemed like something special to me for some reason. I remember I was such a WWF fan at the time that I neglected to look at NWA/WCW or the overseas promotions but that's what PWI provided for me. I went back to watch some WCW and NWA stuff, and even old WWWF stuff. My uncle and my grandfather had old tapes they used to watch and I would sit in front of that old big and bulky television with a pack of Chips Ahoy and watch wrestling all day. Funny enough, I tend to do the same thing now(laughs). Professional wrestling honestly in many ways is my escape. I've been a fan for 22 years now, and despite life taking its toll on me over the years, having that sport and being so invested in it as a fan has been helpful. Besides music and my daughter/family, there's nothing that's been as vital to me than wrestling. To witness the changes and evolution of this business firsthand and to see so many different historic eras in wrestling with my own eyes has been something special.


2. Tell us a little about the Wrestling Heels and how that came about?


Well, previously I was a host on a different show. Me and my brother/partner Kanabrewski were both active parts of that show and we were really focused on growing that into a bigger thing, but somewhere along the line our goals didn't match up with the other hosts of the show I guess. From that point when it becomes apparent that your goals aren't aligning, you have to make a change before it gets too much. That's where WrestlingHeels came about. On the previous show/brand I was a part of, I was the HEEL of the brand. I was the complete asshole that would rag on all the Hornswoggle bullshit we'd see, and completely shit on Cena (that will never stop). I even had a segment called "True God's Rant of The Week" where I went into full heel attack mode and would aim directly at the "sheep"(this will never stop haha). So, when we decided to break off and start up our own brand, which is WrestlingHeels. With me being the HEEL of the previous brand, I think the basis of WHeels was already set in foundation. Kanabrewski shares a similar view of the business that I do, so it just worked out perfectly. And now, as people have seen, you grow from just a radio show to a full fledged brand. T-Shirts on ProWrestlingTees(www.prowrestlingtees.com/wrestlingheels), sponsorship for Wrestlecade (www.wrestlecade.com), and of course now, PWX Wrestling (www.pwxprowrestling.com) which is now owned by my partner in crime. It's become a full fledged Heel takeover and it's been something special. To think that you started out as just a little kid watching Superstars and Saturday Night Main Event to interviewing those same wrestlers you watched like Jake The Snake Roberts, Bruno Sammartino, Hardcore Holly and more and having them follow you or tell you they really enjoyed talking the business with you. You go from being that kid in front of the television to being backstage at a PWX Wrestling event listening to storylines being planned out months ahead, giving out ideas that you see come to life, feeling like a part of the Creative team for them, it's honestly something else. I sat in a room with guys from Highspots, Rich Swann, Luke Gallows, etc.. just talking and shooting the shit while they played N64 man. In so many ways, I'm living a dream. I used to sit up and think up matches in my head when I was younger. Like call an entire match that never happened in my head and create storylines. So, at this point, it can only grow and get bigger from here man. I'm just blessed to have this opportunity and I know that without the previous show I was a part of and without WrestlingHeels, none of this would be possible for me or any of my brothers/partners. It's definitely special.

3. What, in your opinion, makes the perfect wrestling heel and why?


A perfect heel? Honestly, I think the perfect heel is somebody that gets under your skin, but you can't help but be fascinated by them. Someone who usually tells the truth, but it's so unsettling that people shun him or paint him as the bad guy. A perfect wrestling heel to me is just a truth teller. Someone who says what's on his mind regardless of the general public opinion, someone who's not afraid to draw heat against the masses. I think in wrestling, to be an effective heel, you definitely have to naturally be an asshole. In the business today though, it's really tough to be a truly effective heel. It's a tough art now because being a heel is so revered by all the die-hard wrestling fans. Even some of the casuals have started gravitating to the heels because it's usually a better role for a wrestler to play. You don't have to be so white-washed or timid like when you're a face. The heel that gets under your skin so much that you just want someone to set them straight or kick their ass, but can never turn the channel from them? That person is a perfect wrestling heel, in my opinion.


Putting me on the spot here, but I'll keep my selections limited to WWF/WCW/NWA here as I have a TON of indie matches and three just isn't enough choices.

1. Shawn Michaels vs The Undertaker- Wrestlemania 25-
I love this match. It's definitely my favorite match of all time. I remember when Wrestlemania 25's card was announced, THIS match was the only thing that I cared about. These two definitely delivered for a classic match. I could watch this match over and over and over. The action behind it was great, the false finishes and the kick out of the Tombstone by Shawn are classic moments in Wrestlemania history. I'm such a big fan of both men and for them to put on a 30 minute classic at the biggest show of the year is something that will stand the test of time with me. Love this match

2. Ric Flair vs Ricky Steamboat- Clash of The Champions 1989
The match went 55 minutes and was 2 out of 3 falls. Nothing could compare to the series these two men had against each other. When I first watched their series as a younger child, I said "wow that was awesome", but I came to appreciate their series and this match especially as I got older. Looking back on it now, it was just absolutely amazing. Classic. Epic. I heard the story that none of this match was pre-planned and they called it out in the ring and just had fun. It shows man. Such a classic battle.

3. Stone Cold Steve Austin vs The Rock- Wrestlemania 17
A lot of people aren't huge fans of the finish of this match and I can understand. I, however, think this match was so great. The back and forth action, the stealing of each other's finishers, the pacing, everything was just spot-on. I have a few small things I would change to it(I would've let Austin kick out of the People's Elbow himself without Vince, and rather just have Austin use Vince after BOTH men kicked out of each other's finishers instead of Vince saving Austin, but that's minor). I honestly think this match is one of the greatest, if not the greatest Wrestlemania main event of all time.

There's a lot of other matches like Flair vs Dusty, HBK vs Bret, Austin vs Bret, Savage vs Steamboat, Punk vs Cena, Punk vs Lesnar, etc that I could include and so many amazing matches off the indies, but those are the three I'll go with right now.


They can follow me on Twitter @truegodimmortal and follow @wrestlingheels and check the website www.wrestlingheels.com. They can also check out PWX Wrestling at www.pwxprowrestling.com as well as check out my album Soul Revival 2(https://itunes.apple.com/us/album/soul-revival-2/id705338753)  and my blog www.truegodimmortal.blogspot.com as well as my rarely active YouTube(www.youtube.com/truegodtubetv) channel. As far as what's ahead, there's Wrestlecade, which the WrestlingHeels team will be in full effect at, as well as upcoming PWX events and another album in 2014 with an accompanying mini-documentary and book as well. 2014 is going to be the year of the Heel.

We'd like to thank True God Immortal for this great interview.

Next Time: Bill Apter
Posted by Unknown at 19:29