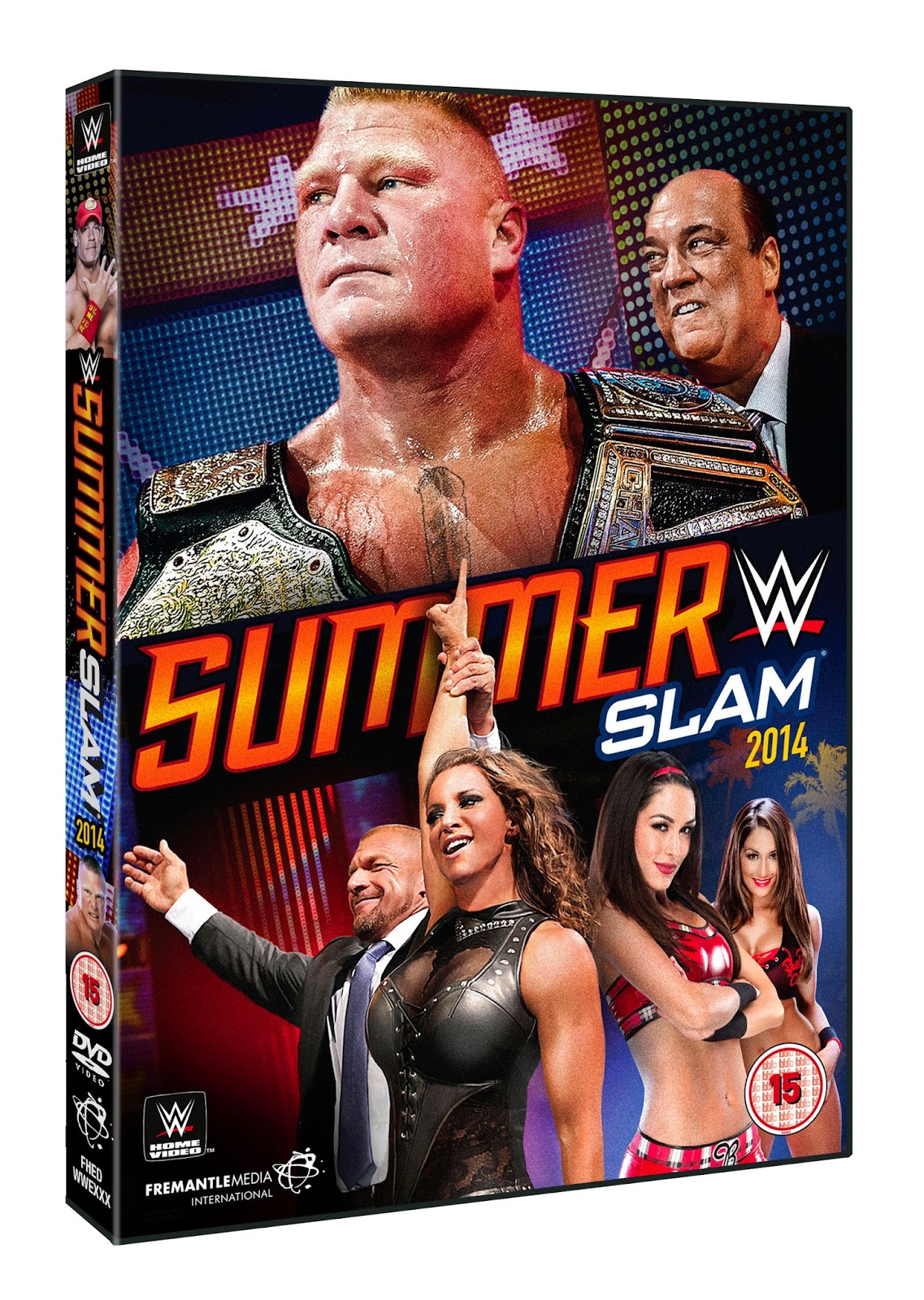 WWE SummerSlam 2014 is out on DVD and Blu-Ray now, available from www.wwedvd.co.uk. Broadcast live on Pay-per-View (and the WWE Network) from the Staples Center in Los Angeles, California, USA on 17th August 2014, the show features Roman Reigns taking on Randy Orton, John Cena defending the WWE World Heavyweight Championship against Brock Lesnar, a rematch between Bray Wyatt and Chris Jericho and five other matches. The special features include a look at the Wyatt/Jericho feud, a match from SummerSlam Kick Off and two Home Video Exclusive interviews. The commentary is provided by John Bradshaw Layfield, Michael Cole and Jerry Lawler. 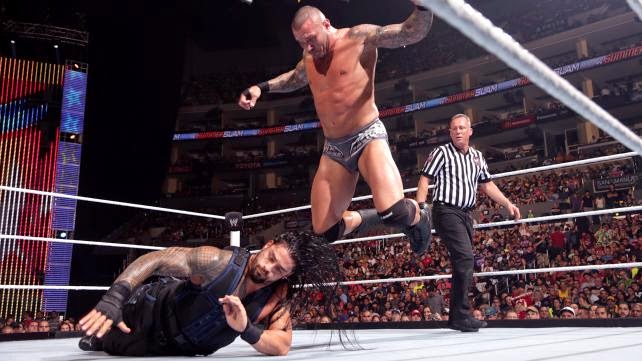 For me, the strongest match on the show is a terrific Rookie vs. Veteran style clash between Randy Orton and Roman Reigns. Despite Reign's inexperience showing up early in the match, this is a well-paced and well-booked back and forth match. The crowd laps up everything the two offer up, refreshingly cheering for the babyface, which in turn allows the performers to go even further in telling their story. This match seemed to get lost in excitement for the main event, but it's well worth a rewatch. 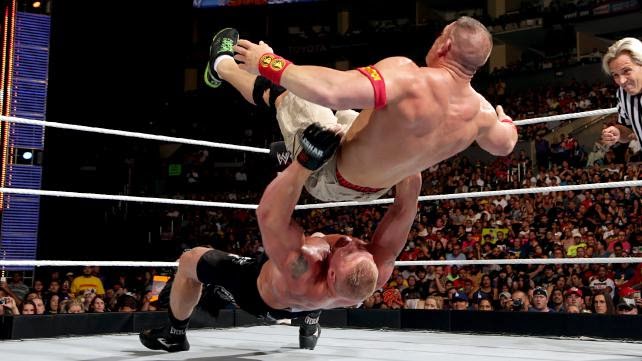 There really isn't much to say about Brock Lesnar and John Cena WWE World Heavyweight Championship, other than it's one of the most dominant performances WWE has showcased as a main event. The story told works nicely, and Cena's selling is some of his best work. Unfortunately, the same can't be said for the Chris Jericho in his rematch with Bray Wyatt. Played out in front of a crowd that couldn't care less, the pair do put together some nice action, but it's few and far between and at pace that suits neither man. 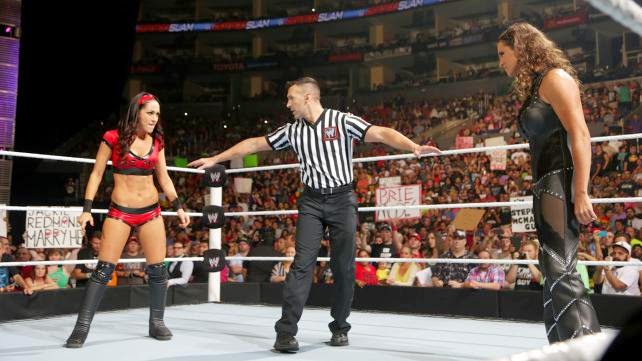 The fact that I can't bring myself to empathise with Brie Bella's awkward babyface character, means that her clash with Stephanie McMahon isn't for me, but there's enough here for me to see why someone else might enjoy this. Seth Rollins and Dean Ambrose's Lumberjack match is an exciting and creative spot-fest, that doesn't get the time it deserves to tell a satisfying story. The surprise of the show comes from a good Flag Match between Jack Swagger and Rusev, that's chock full of great selling by both men an impecable storytelling. Dolph Ziggler's shot at The Miz's Intercontinental Championship works nicely as opener with cool sequences, but lacks any real substance. Paige and AJ Lee battling over the Diva's Championship has a similar problem to Rollins vs Ambrose, it's spot-heavy but doesn't have enough time to offer up anything else, this bout is criminally short at under five minutes.

One of my favourite things about this show is that there is relatively little filler, moving from one match to another at a good pace. The filler that is presented is the drizzling shits though. Hulk Hogan's opening appearance is fairly pointless, as he's wheeled out as "Host" to flog the Network on Network. A Tom Philips interview with Brie Bella is as poorly acted as you would expect and did nothing to make me want to watch her match any more. There's also an advert for crisps, with "Momma's Boy" "winning" an opportunity to "become a WWE Superstar" which is, quite honestly, painful to watch.

A video package on the feud between Bray Wyatt and Chris Jericho actually manages to make the feud look vaguely interesting. Cesaro and Rob Van Dam do well with limited time on the SummerSlam Kick-Off show, putting together the best match of RVD's most recent run in WWE. In Home-Video exclusives Tom Philips interviews Roman Reigns and Renee Young interviews Nikki Bella. Reigns interview has the feel of post-match sports interviews, whether that works or not I'm not quite sure, whilst Nikki's piss-poor delivery of her lines makes her interview a rather pointless exercise.


This is definitely one of the strongest PPV's WWE has put on in 2014, for me. Reigns vs Orton, Cena vs. Lesnar, Rollins vs. Ambrose and Rusev vs. Swagger are all worth checking out, if you haven't seen them already, and definitely worth a rewatch if you have. There's a couple cases of some matches (Brie vs. Stephanie) going too long, and others (Paige vs. AJ) going too short and the disapointing Jericho vs. Wyatt match, but those are minor complaints on what is a very strong show. This and WrestleMania XXX should be the two PPV's you definitely get your hands on this year.