Those Lucha Underground chaps only went and crowned their first champion on their first show of 2015! But was the show actually any good? Let's take a look

Fenix vs. Johnny Mundo vs. Mr. Cisco vs. King Cuerno vs. Son of Havoc vs. Pimpinella Escarlita vs. Prince Puma vs. Ivelisse Velez vs. Drago vs. Bael vs. Cortez Castro vs. Ricky Mandel vs. Big Ryck vs. Pentagon, Jr. vs. Super Fly vs. Chavo Guerrero, Jr. vs. Mascarita Sagrada vs. Sexy Star vs. El Mariachi Loco vs. Mil Muertes 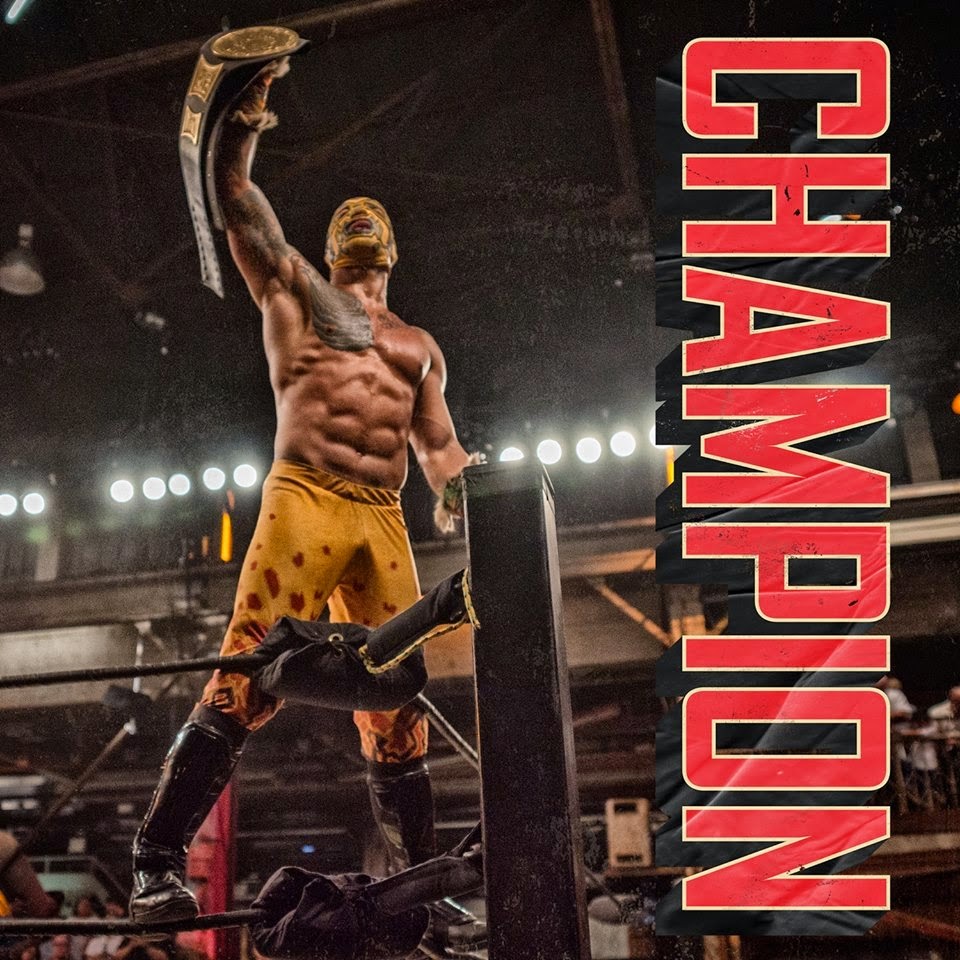 Aztec Warfare is essentially a Twenty Man Royal Rumble, but with pins and submissions instead of over-the-top rope eliminations. This style of match, of course, suited Lucha Underground's performers much better than your traditional battle royal, as it allowed them to pull off some exciting flips and tricks over the top rope, whilst also allowing the ring to be cleared at times to allow for some more exciting action inside the ring. Unlike your traditional WWE-style Royal Rumble, which more often than not has a lot of guys standing around or dicking about by the ropes, this match was full-on action from start to finish.

Alongside the quite frankly ridiculous action, a few storylines and feuds were weaved into the match. There was the struggle of Big Ryck's Crew to stay in the match before Big Ryck arrived, in which they ultimately failed, leaving Big Ryck to get eliminated thanks to a three pronged flippy floppy attack by Johnny Mundo, Prince Puma and Fenix. There was rascally veteran Chavo Guerrero, Jr's steel chair based madness, as he twatted many a wrestler in the head, before Sexy Star continued the pairs feud. The return of Blue Demon, Jr. to attack Guerrero felt like an important moment and the set up to a chair shot from Star allowed that story to reach a satisfying conclussion in the match.

The final two in the match were Prince Puma and Johnny Mundo, with Mundo having been in the match since the very beginning. With the pair having main evented the first Lucha Underground, this felt like fitting finish to the match to crown the first champion. The pair had an engaging battle, with both going back and forth with a series of exciting moves. A top rope reverse rana from Mundo was perhaps the highlight of the bout for me. Puma's selling was also particularly impressive, especially with Mundo looking to see up for a Spanish Fly on the top rope, Puma looked genuinelly out of it. The finish saw Puma knock Mundo off the top turnbuckle, crotching him on the rope, before delivering a kick and a beautiful 630 splash to pick up the victory and become the first Lucha Underground Champion. It was refreshing to see a match end in such a fashion, as both men are big stars for the promotion so to see one of them gain a clean victory over the other on TV, was a nice change to WWE's usual shitty finishes.

This was a great watch from start to finish, which felt like the action didn't stop one bit, and the action was always exciting, with each wrestler getting an opportunity to show off, at least some of their style in the ring. If you hadn't seen Lucha Underground before this would be a good match to start with, as you get to see twenty of the promotions top stars, pulling out some of their most exciting moves. Put quite simply, this match was an awful lot of fun to watch.


I thought having only one match take up the entire show was an interesting concept that having only an hour long show affords Lucha Underground the chance to do. As the show went to commercial breaks you had a reason to continue watching to see how the match would unfold, and unlike WWE's commercial breaks you didn't go into the break with a rest hold, you went in with a Tope Conhilo or some other flippy move.  This show is steadily become on of the strongest and most unique on the market at the moment, if you're not watching Lucha Underground, you should be.
Posted by QTPW at 16:11