This month's Best of British see's Over The Border writer Billy Strachan take a look at WrestleZone. 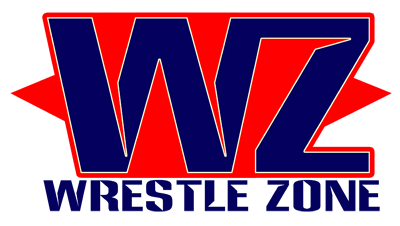 WrestleZone have been tearing up the North East of Scotland since 2008, with a strong and rabid fanbase along with steller wrestlers and guests, I'm here to throw their name into the hat to be called "Best of British".

I had gotten the independent wrestling bug in mid-2012 when I attended SWE Hell for Lycra IX and from then on I was on the hunt to see as many shows that I could afford…which wasn’t many but it allowed me to pick and choose events. When I saw that one of my favourite wrestlers (Billy Gunn) was coming to Aberdeen of all places, I had to get along to that!

My first experience of WrestleZone was their fifth Aberdeen Anarchy event in 2013. Before this I had attended a couple SWE shows and a W3L event so had an idea what to expect from an independent event. The main drawing point for me was the special guests, "Hacksaw" Jim Duggan and Billy Gunn. When I got to the Beach Ballroom to watch the event though, wow, it was the wrestlers that made me want to come back. When you kick off the show in a sold out Ballroom with Bingo Ballance vs Stevie Xavier (www.youtube.com/watch?v=tOvAElvdRm4) you know you're in for a treat. What followed was a packed show top to bottom and that's what you expect when you come to a WrestleZone event. They have their "big events" like the Regal Rumble, Aberdeen Anarchy and Battle of the Nations but they also tour the North East in places like Ellon, Huntly and Fraserburgh so that everyone gets a chance to see their roster in action.

Their core roster is full of talented individuals, with some just coming to prominence and debuting in other promotions. The characters are well thought out and fill the needs for every person that comes to an event from comedy acts like Mr Malice, Super Executioner and the Cystos to pure wrestling like Aspen Faith or just a hero for the crowd to pull for like Scotty Swift.

Their tag team division is currently home to three very good teams from the champions The Granite City Hotshots (Bryan Tucker and Shawn Johnson) to the odd couple team of Thunder Buddies (William Sterling and Blue Thunder) and the dangerous pairing of Revolution (Damien and Johnny Lions). Two of these teams put on a fantastic display at Aberdeen Anarchy in 2014 when Thunder Buddies and The Hotshots faced off in a ladder match. It was brutal but mesmerising with a well deserved standing ovation at the end for all four competitors.

What impresses me about WrestleZone is their production, match graphics for every match, every event. Promos from their wrestlers are produced in plenty of time and their own podcast answers any questions fans may have about the product. They excel in fan interaction and getting people involved.

I went to their Regal Rumble event which saw Jack Jester win the annual battle royal to face the champion at Aberdeen Anarchy that year. This program between Jack Jester and the champion Crusher Craib was the best build up that I had seen in a very long time. It had started prior to this event when Jester handed the champion his first loss (by DQ) and gotten into the monsters head. Crusher was a monster that just booted folk in the face and left but with Jester he had become more human by showing weakness. After Jester won the Regal Rumble there was a pull apart brawl between the two which consisted of the whole roster and staff to pull the two away from each other. What happened at Aberdeen Anarchy was shocking as Jester had Crusher pleading as Jester had held one of the camera girls by the neck and threatened her with his corkscrew. The monster had become human by showing mercy. It was fantastic storytelling, with every little detail adding to the match. The video package before the match at Aberdeen Anarchy summed it up (www.youtube.com/watch?v=w32sRBoWqE8).

Not only do they pull out all the stops at their big events but at their smaller events the guys involved put everything into their matches and work hard to get the crowd invested into their matches. Their regular roster boasts a lot of talent from the likes of Zach Dynamite, Chris Archer, Alan Sterling and the aforementioned Scotty Swift, Crusher Craib and Aspen Faith. I’ve been to smaller shows in Fraserburgh and Nairn where the crowd may not have been big but they were loud and were left wanting more.

In the last couple of years, WrestleZone have brought over some fantastic guests that have been enthusiastic and willing to perform, no false advertising or phoning in here. The likes of the aforementioned “Hacksaw” Jim Duggan, Billy Gunn, Sonjay Dutt and Jay Lethal have come from across the pond along with Colt Cabana, X-Pac, Scotty 2 Hotty and, in May, D-Von Dudley, Chris Masters and Hardcore Holly. With these stars they’ve hosted dream matches like Grado vs Scotty 2 Hotty.

It’s not only international talent that comes through the doors at WrestleZone but the best in Britain like Drew Galloway, Joe Coffey and Lionheart having made appearances for them in the past.

WrestleZone are a company that work hard and try and give the fans something to remember at every event. They are definitely a company to keep your eye on.

For more on WrestleZone see http://www.wrestlezonescotland.co.uk/, as well as on Facebook and Twitter.
Posted by QTPW at 20:04