Just like the WWE Network itself, the initial edition of Islands in the Stream has been slightly delayed, but it's finally here for your reading pleasure. This series plans to chronologically run-through the content on the WWE Network, every Monday and Friday (except the first Monday of each month where Best of British will feature instead). It's a big task, but will hopefully help you to uncover some hidden gems and watch footage you otherwise might not.
This first edition will be looking at the 17th March 1975 show from Madison Square Garden in New York City, New York, USA, that can be found in the Old School category under the Vault section of the Network. The show is headlined by Bruno Sammartino defending the WWWF Heavyweight Championship against Spirios Arion, alongside three others matches. Vince McMahon goes solo on commentary. 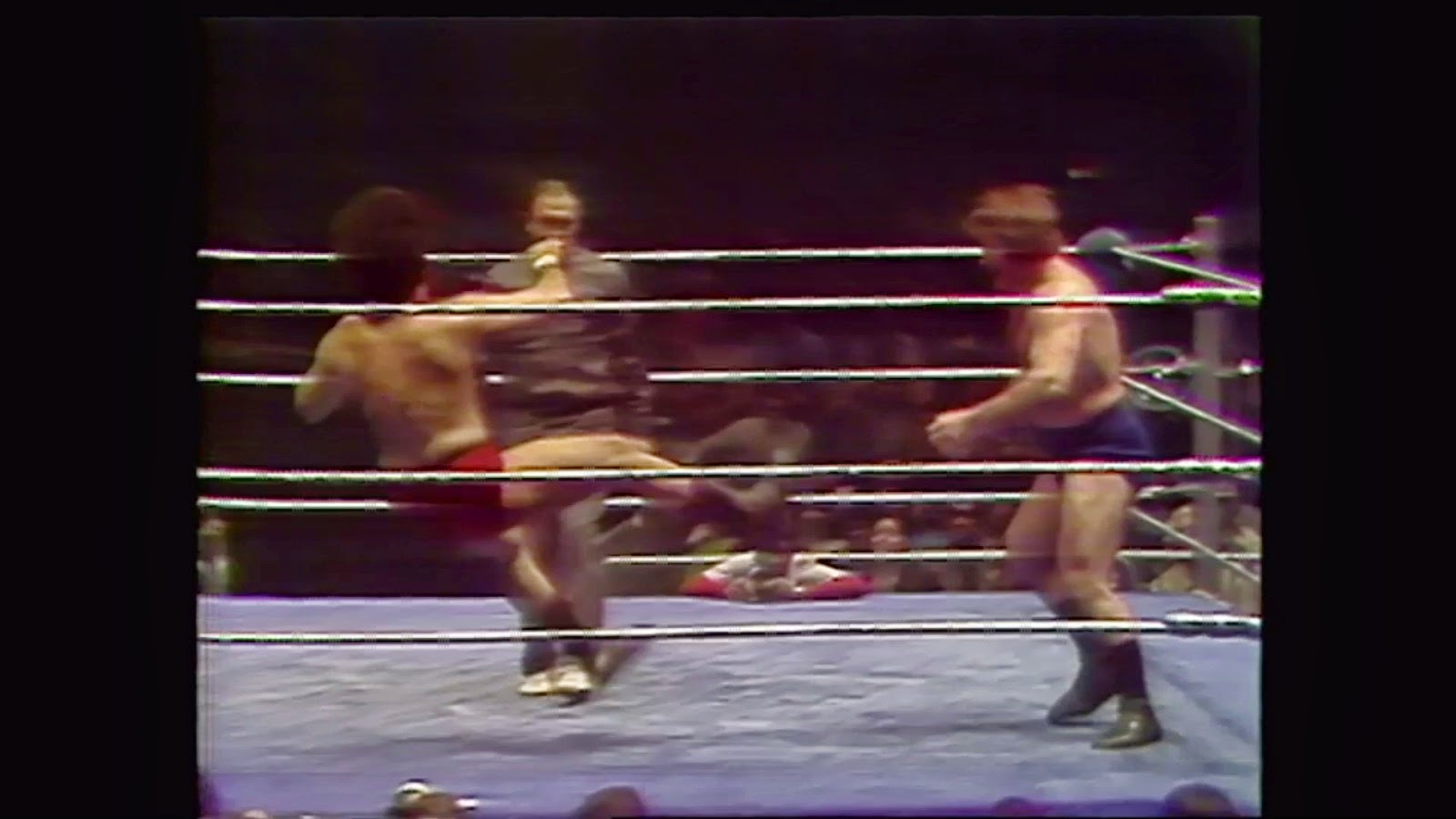 The main event of the show actually appear second on this broadcast, which is a little jarring as a fan used to the modern day WWE product. One of the things that makes this match notable is the crowd reaction to even the simplest of moves, because of their adulation for Bruno Sammartino and their utter hatred for Spirios Arion's manager Freddie Blassie. The live audience are completely hooked by this match from start to finish and that does, of course, bring something to the broadcast itself.

However, a modern WWE fan may struggle to get into the bare-bones styles of the WWWF, which mainly consists of punches and kicks, with the odd bodyslam thrown in. The pace is much, much slower than what fans are used to today and there's certainly nothing flashy about the way Sammartino and Arion go about their game. The bout does gets rather repetitive quickly, with the pair going through a similar pattern of action for the majority of the bout.

The main highlights actually come from outside of the match itself. Vince McMahon has an absolute nightmare on commentary, calling the bout a "Texas Death Match" multiple times, despite it clearly having no signs of being anything other than a regular match and the ring announcers confirming such a thing. He also goes on to call a Camel Clutch-esque move a "Modified Boston Crab". Arion also get's into a confrontation with a member of the crowd at one point, swiping out at the fan, which seemingly comes out nowhere, imagine if Brock Lesnar twatted a fan at ringside in 2015!

Whilst the match might not be to modern fans taste, the finish is a familiar and frustrating one. Following a bodyslam, Sammartino get's the pinfall victory, despite Arion's foot being clearly on the rope in front of the referee. It doesn't even feel like it should be a finish at all, and probably would've had Twitter saying things like "Who books this shit" and "Fuck this company", if Twitter were such a thing in 1975. It's probably a good job this isn't the final match on the show, because it's leaves things a little flat for the home viewer in 2015, even if the 1975 live audience are losing their shit with glee and it gives Blassie a reason to get Arion a rematch later on down the line. 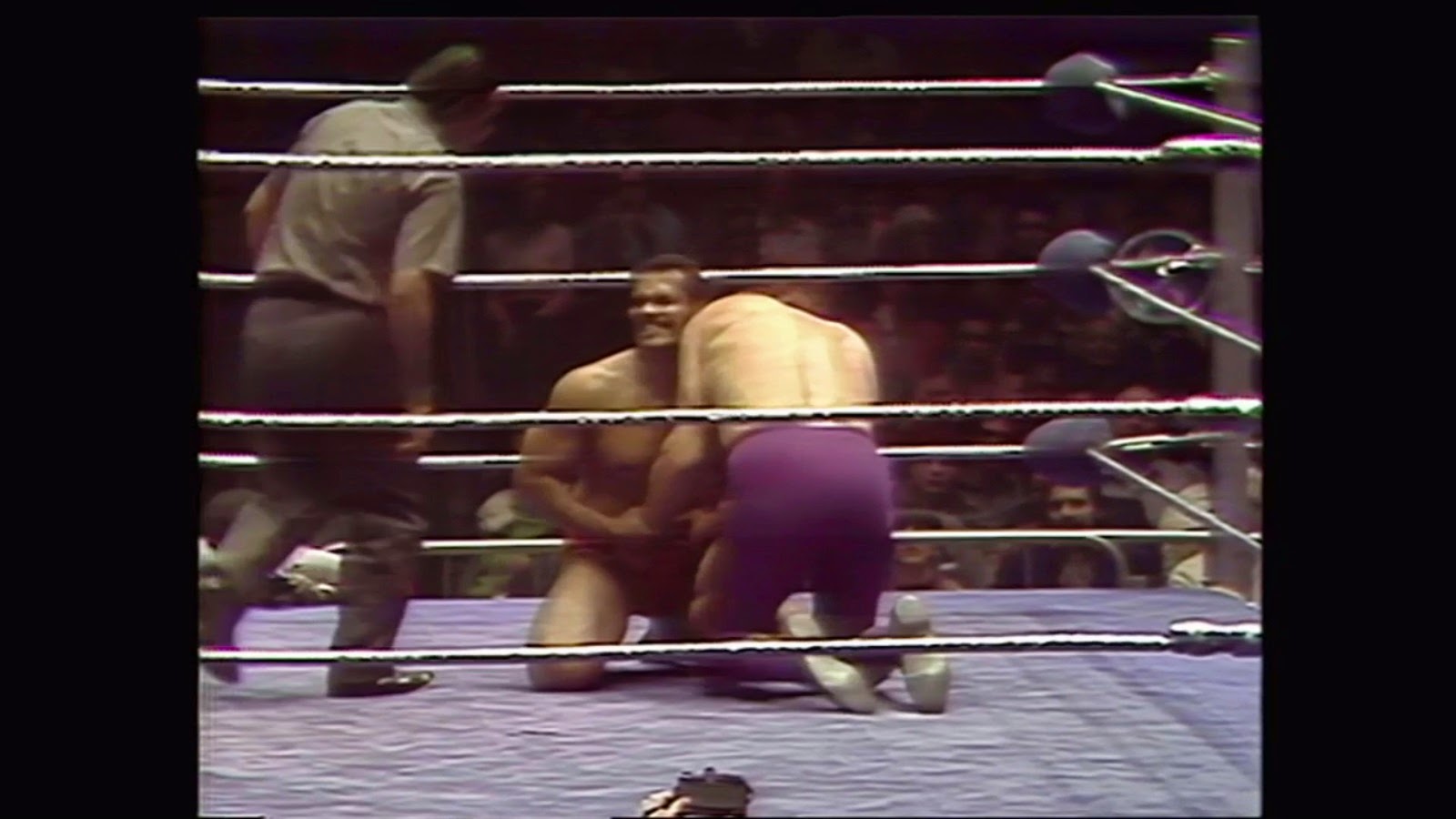 Early on this match showed a lot of promise, teasing me with some attempts at phsycology as Killer Kowalski worked Victor Rivera's leg, whilst Rivera went after Kowalski's arm. Both men do a good job at selling their supposed weaknesses, however the match doesn't progress much from this point, with the pair going back and forth on these injuries for sometime. After a bit Kowalski even gives up and decides to whack on an Abdominal Claw instead. I'd worried that perhaps my modern fans mindset was the reason this match was boring me, however the almost silent MSG crowd made me think otherwise.
The finish is another disapointing one, involving a disqualification for Kowalski for a bite, just when it seems the match might be heading towards a satisfying conclusion. With almost 30 years in the business at this point, I'm not sure why Kowalski needed to be protected as much at this point in his career, when a win for Rivera over the veteran could have done a lot for him. 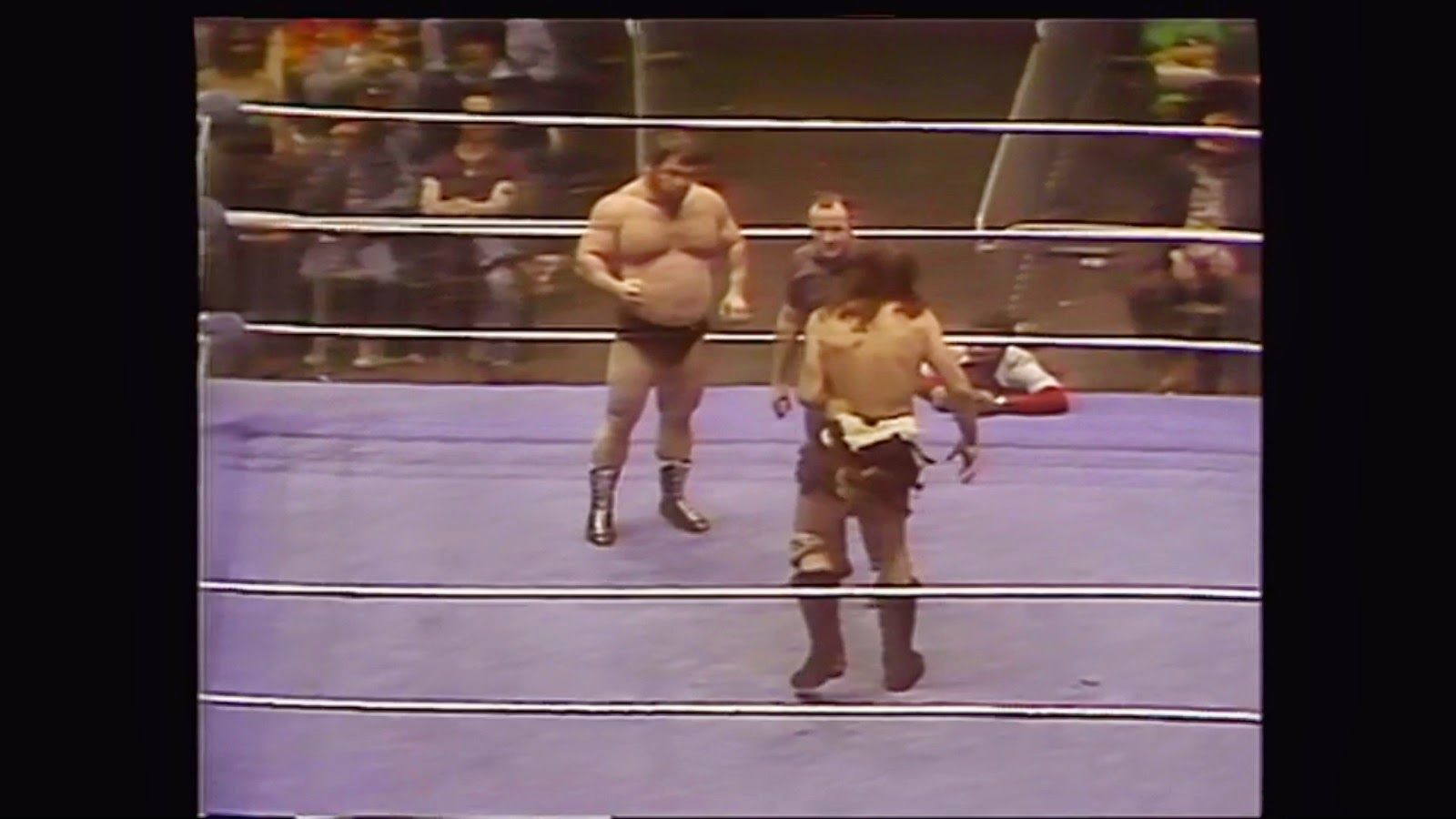 Ivan Putski has a huge belly and the funniest facial expressions I may have ever seen. That alone was enough to keep me entertained throughout this match. Throw in the fact that he's wrestling a fella called THE WOLFMAN and you've got wrestling gold. I'm not even sure what happened, other than Putski picking up a quick win with a Bear Hug, I was too busy losing my shit for Putski and his Polish Power ways. He even drinks a beer once the match is finished, because he's the fucking man about town and he doesn't care who knows it. 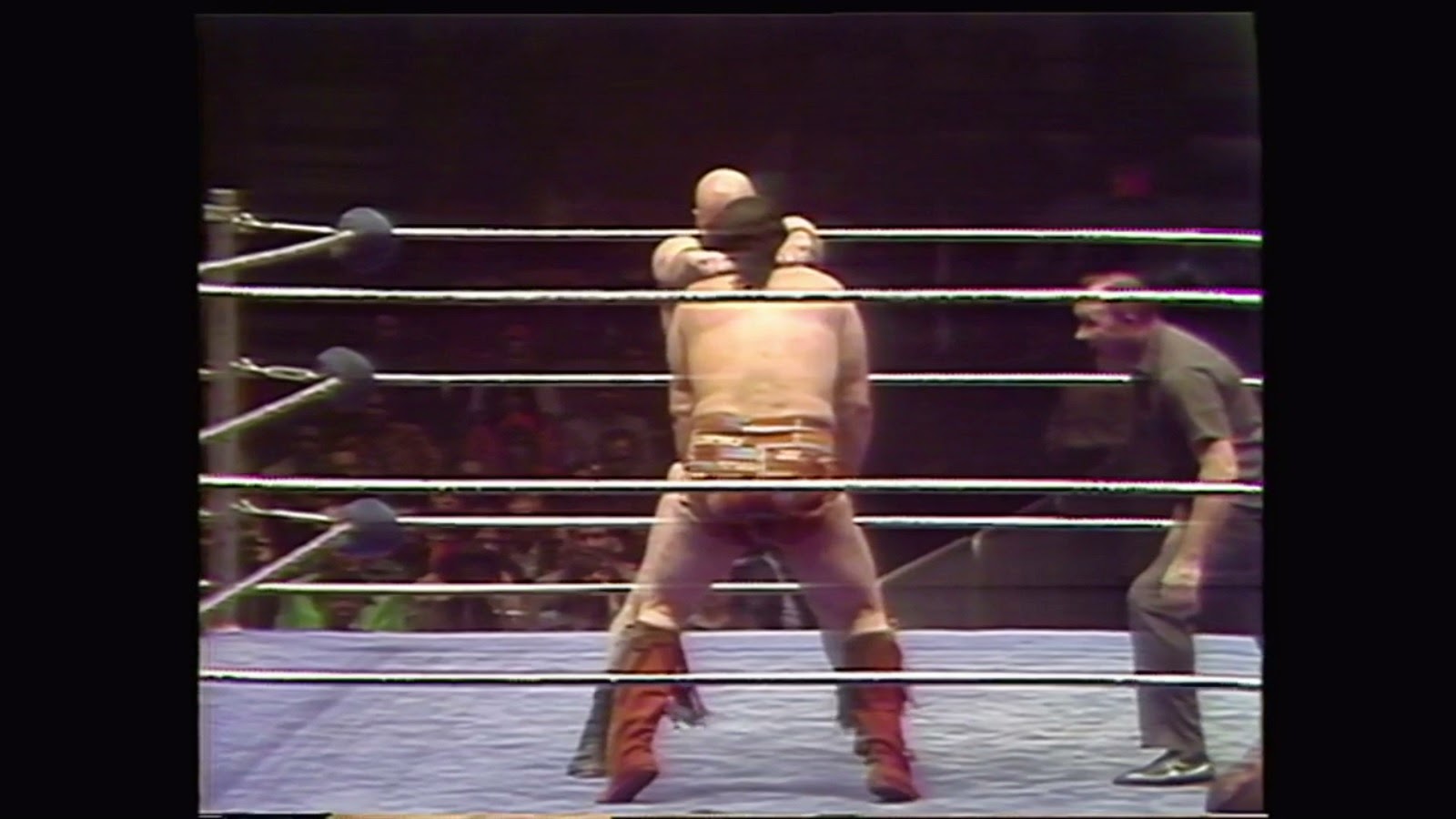 The opening contest of the broadcast, this is a basically structured match. Vachon works the heel character nicely, however it's Strongbow's comeback that stands out as the most entertaining part of the match, for it's sheer hilarious-ness, as he struts around the ring like some kind of funky chicken. The finish of the bout comes almost completely out of the blue and with Strongbow picking up the win from a move that many will be familiar with as a transitional move these days, the Lou Thesz Press!

These early shows aren't going to be for everyone, especially something as early as 1975, as the action is completely different to what WWE puts on these days and takes a lot of getting used to. This show isn't packed full of classic matches and big moments, but I still found something strangely fascinating about it and seening certain elements that would become WWE tropes over the next few years. Early Vince McMahon commentary is hilarious to say the least, whilst Ivan Putski vs. The Wolfman is the match that dreams are made of. 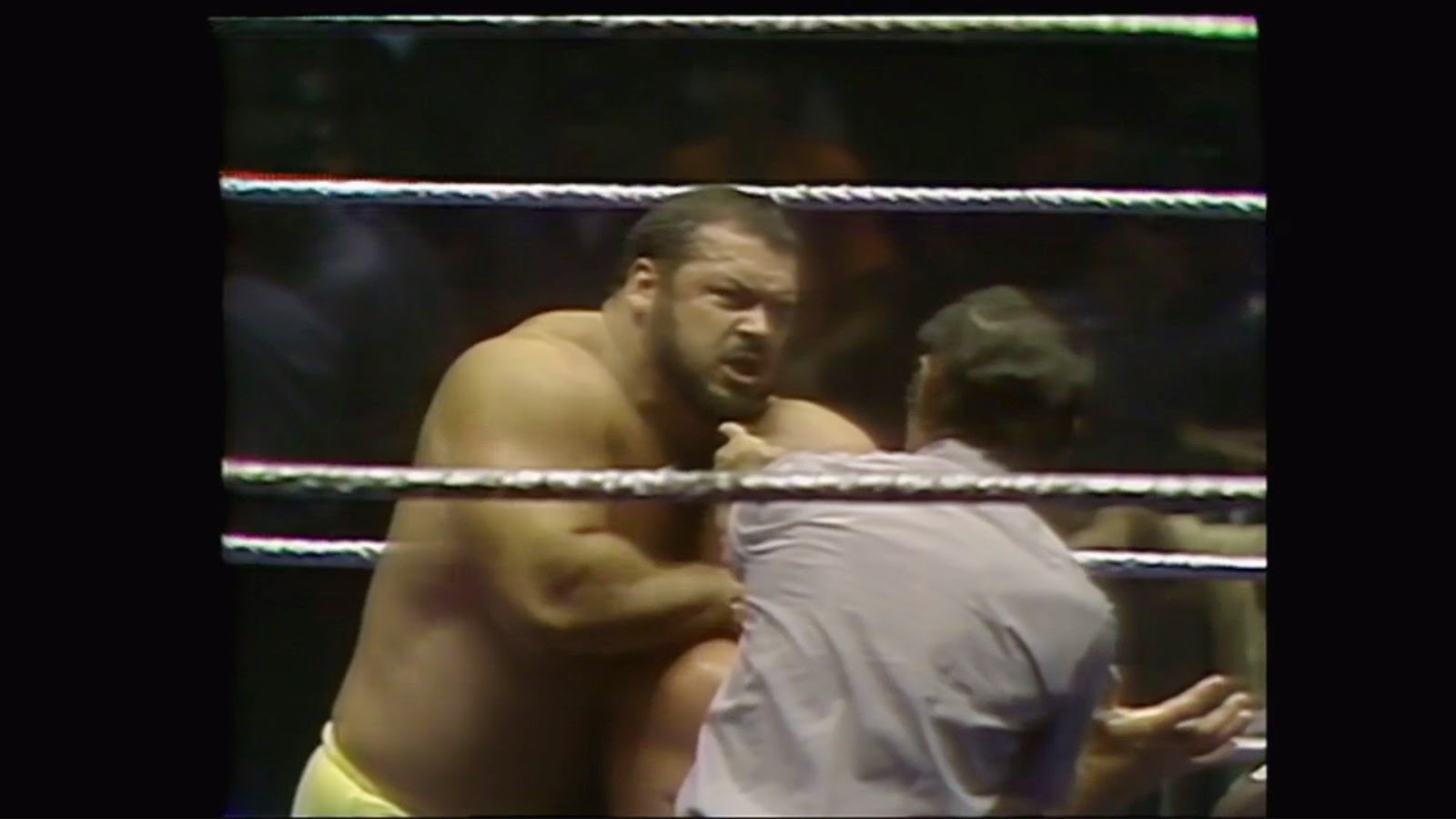