Everyone has a bucket list, a selection of idealised experiences that will live long in the individual’s memory and provide them with a story that will last a lifetime. I’ve been fortunate enough to tick off several of the dream moments on my personalised wish list: I’ve travelled the world; seen my favourite band headline Reading Festival; watched Arsenal lift silverware at Wembley and, I have, live and in living colour, attended the granddaddy of Professional Wrestling  Sports Entertainment: WrestleMania.

If you’re reading this blog, you’re a big wrestling fan. And as a wrestling fan, if you’re physically and monetarily able to do so, you should attend at least one WrestleMania in your lifetime. I’m fortunate enough that I’ve been to two: I attended ‘Mania 25 in Houston, Texas and ‘Mania 29 in the New York/New Jersey region. Whilst neither show would feature in a list of the greatest WrestleManias of all time, I sure as hell remember both cards fondly as they shaped two of the most fun and rewarding trips of my life. Watching the biggest stars in the biggest matches in a huge NFL stadium is exhilarating. However, there can be a lot to consider when it comes to planning the trip; there’s so much going on that it can seem overwhelming trying to fit it all in! So whether you’re a ‘Mania first timer or a returning hero, whether you’re going to this year’s show in Santa Clara or are looking ahead to Cowboy’s Stadium in 2016, here’s a quick guide to how to approach what is a frantic and thrilling week.

Do…go to all the shows!


In 2009, I got to Texas late and was only able to attend ‘Mania and Axxess. Big mistake: there is so much going on, from WWE to the indies to a multitude of one man shows, you have to fill your boots while you’re over there. Only ‘Mania is a really expensive purchase; affordable tickets are available for Raw and the Hall of Fame if you’re happy to be in the bleachers and the indie offerings are, of course, reasonable. With regards to scheduling, I found that ROH on the Friday was a solid kick off, although NXT is an exciting alternative from this year on (and may well be more centrally based than the indie outfit and thus easier to reach if you aren’t planning on hiring a car). Saturday will be headlined by the Hall of Fame but the afternoon has multiple options: a second ROH taping and the Wrestlecon extravaganza being the notable highlights. Sunday should begin with Axxess (it runs all week but as the venue is usually based very close to the Stadium, it makes sense from a travel perspective to combine it with ‘Mania) before you enjoy the big show itself. Conclude your trip on Monday with the now famous post-Mania Raw and as a Slammy Award winner myself (New Jersey represent), I can attest to it's truly electric atmosphere. It’s like transplanting a rabid ICW or PROGRESS crowd to a WWE show and is every bit as surreal and engaging as that sounds.

Book your tickets in advance, check the travel arrangements for each venue (the stadium may be far removed from the city you are staying in so explore transport options and get yourself a taxi number) and leave plenty of time to get places. You don’t want to show up late and miss a classic opener do you?

Don’t….forget that you love wrestling.


When I was a kid, I would have killed to go to a Wrestlemania. I’m sure you would have too, dear reader. So if you pay good money to do this you have to enjoy every second; leave the smark at the door and embrace the childlike fan within. When I was queuing outside Metlife, I wasn’t bemoaning John Cena in another title match, I was looking forward to seeing The Rock defend the WWE title. I wasn’t cheering the Shield in the opener because they were young guys on the rise and I thought they needed the rub; I cheered because I liked them the most. Support your favourites and leave the politics and insider gossip back at the hotel, immerse yourself in the stories fully and enjoy it for the spectacle that it is. Actually apply this to all aspects of wrestling and you’ll find you enjoy the whole sport a lot more…

Do…check out the local area 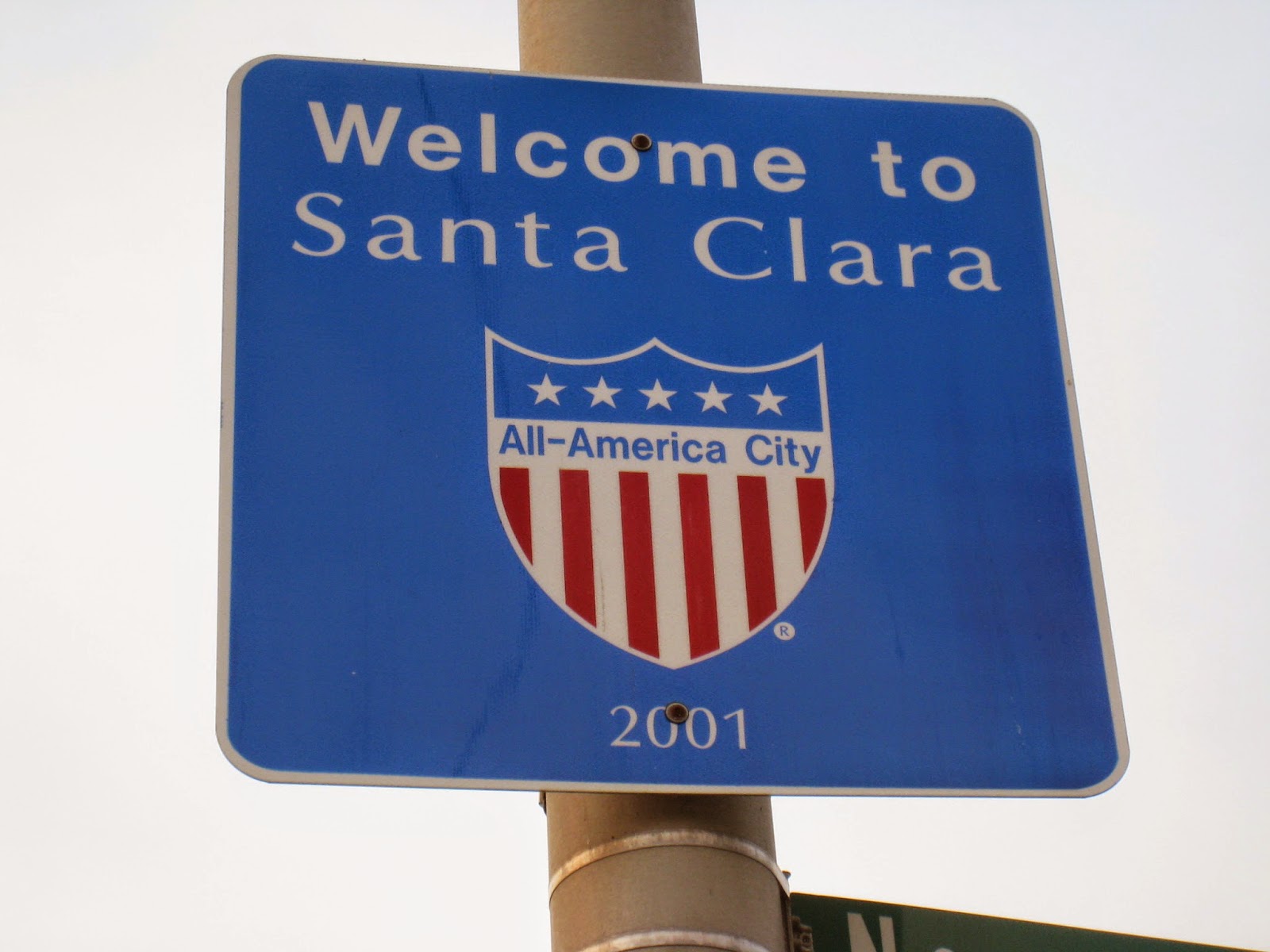 Houston and New York: two very different base camps for the wrestling odysseys I undertook. The latter was obviously the more exciting setting but wherever you end up on your Mania voyage, check out what is on offer so that when you return to England you have some travel experiences as well as wrestling stories. Eat a local dish, check out the main tourist attraction (the intense wrestling schedule means you may have to narrow it to just one or two sights) and watch the local sports team in action (‘Mania usually matches up with Baseball season and the MLS is growing in stature). If you’re anything like me and are as obsessed with football as much as wrestling, brace yourself for an early start and seek out a bar that shows Premier League games. You may even find a supporter’s pub for your team, as I did in for Arsenal in NYC (shout out to the good people of The Blind Pig on 14th Street). Now whilst we’re talking about bars…

I like a beer. My wrestling companion, my brother @SpikeKyleDriver (my mother foresaw the rise of Twitter and named him thus), likes a vodka. These wants sometimes lead to us partaking in the devil’s nectar before, during and after a show. Rewind to 2013: we had a few beverages before we went to the ROH Supercard of Honor VII show in the Manhattan Centre. When inside the iconic venue, we had a few more. And so on. We left at the interval of the show in a questionable state: he was almost foetal, rocking back and forth like a mid-90s Mick Foley whilst I was entering taxis and buildings like the Shockmaster on rollerblades. Apparently the main event between Steen and Briscoe was a fantastic, hard-hitting match; however, at this point of the evening, I was in McDonalds cutting a promo on my Big Mac. Please drink in moderation kids, as you might end up missing something you travelled a long way to see…

Do…make an effort to talk to people (and wrestlers).

There are so many opportunities: in bars, at food stalls, queuing for an autograph or waiting on entry to the venue. Everyone there is united by their love of the sport so clock their T-shirt and ask them what they think of their favourite wrestler’s chances in their big match. Ask them where they’ve come from and if they know of any cool indie wrestlers in their hometown that you should be listening out for. Be sociable and you’ll find wrestling fans are friendly, chatty people. And there are some characters you’ll meet. I sat next to a guy on the bus to the New Jersey Raw who calmly explained that his first born child was due the very next day; his laissez-faire approach to his wife’s pregnancy was remarkable. But not as remarkable as some of the interaction I enjoyed with wrestlers. Sure Rob Van Dam only shook my hand (he does gain extra marks for wearing a tuxedo in McDonalds) but the late Larry Sweeney taught myself and a group of Brits how to throw and sell a punch as horrified bar maids watched on, unsure that our admittedly charming accents were making this an enjoyable shift. 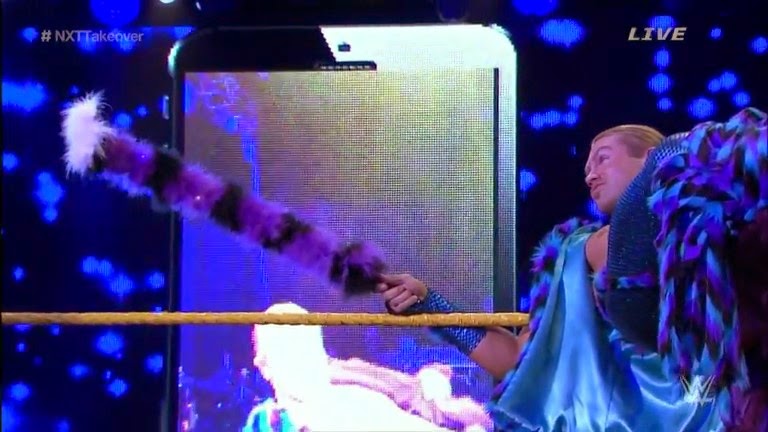 Just don’t do this. Ever. Okay? Good.

So there you have it. If you’re lucky enough to be going to ‘Mania 31, enjoy the experience. I’m jealous of the good time you’ll surely have. In fact, writing this piece has reignited my ‘Mania itch. Maybe I’ll have to go to next year’s show. Sure, it’s on the same day as my wife’s birthday and we’ll have a one year old child to handle but she’d be up for it, wouldn’t she? Its times like this that I look back and wonder: what would my New Jersey bus buddy do?

We'll be hosting a 24 hour blog-o-than on 30th March in order to raise money for the mental health charity MIND. You can sponsor us at the following link
Posted by QTPW at 21:00