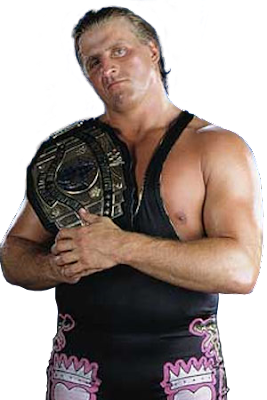 This time of year is synonymous with expectation and curiosity. As 2016 draws near,
hardcore and casual fans alike turn their attention toward WrestleMania. As some reserve tickets and hotels, others delight in fantasy booking the card for the biggest show of the year. But it’s not just Mania that intrigues enquiring minds: the candidates for the Hall of Fame are also a hot topic of debate. Several interesting names have been bandied about for Texas but one star that is supposedly in contention for a Lone Star State induction really caught my attention: Owen Hart.

I've had a few favourite wrestlers down the years: Steve Austin in the throes of the Attitude Era, Triple H in the WWE’s golden year of 2000 and more recently, the dear friend of ATPW, CM Punk. But Owen was the first. When Sky was first installed in my home in 1994, I couldn't wait to set my eyes on the WWF product everyone at school had spoken of so much. The main feud at that time was Bret vs. Owen, the battle of the Hart family. I joined the programme just after Owen had won the King of the Ring and was gunning for Bret’s World title. Whilst my younger brother gravitated towards Bret and his conventional babyface styling, it was the arrogant and petulant Owen whose corner I backed. The first time that wrestling graduated from mild interest to genuine passion was at that year’s Summerslam: Owen vs Bret in the blue barred cage. A forgotten classic that should be sought out on the WWE Network , this match is the reason I'm still watching the sport 21 years later. Owen lost but it didn't matter; his energetic, crisp ring style and devious ways had me hooked. For me, he was the star of the show… 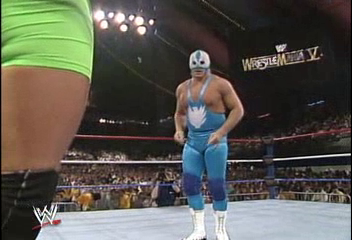 From the best to the worst. The lowest moment of wrestling fandom also involved Owen. In the early hours of a May Monday morning, I had taped the live screening of Over the Edge ’99. At 3.30pm, I was departing school, anticipating the events of the show I was to watch that night. Owen, revisiting his early career character, the Blue Blazer, had a match for the IC title and, goofy gimmick notwithstanding, I was thrilled that he was likely to be the winner. Any time Owen won a title (it didn't happen often enough in my eyes), I was excited. Then I overheard two older lads at the gate discussing an incident they had heard on the morning news. It involved the WWF. All I heard of the exchange was “It was actually real though and now he’s dead... it was Bret Hart’s real brother”.

This was before smart phones so I had no way of instantly fact checking this. I didn't know the boys well so didn't press them for further information; instead I condensed the 30 minute trip home into just 15, running large chunks of the journey in a daze, already formulating morbid guesses about what I would soon see on my television screen. As soon as I got in, I hurriedly played the video. When the pre-tape for the IC title match ran, I felt sick. Things soon got worse as Jim Ross, a hushed, unsettled crowd behind him, talked the television audience over what had happened off camera. Soon it was confirmed: Owen was dead and I, like many fans, was devastated. 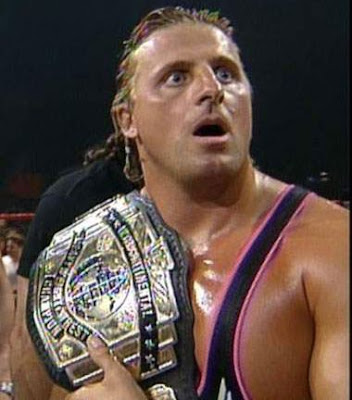 Years later and the talk is of a HOF induction in 2016, with the recent WWE DVD treatment intensifying this oft-repeated rumour. Now there is no doubt a romantic argument to be made that Owen is destined for this recognition: dying as he did in 1999 means that many newer fans will have never seen him wrestle (I certainly regret having never seen him perform at a live show) and the HOF would shine a light in his impressive back catalogue. Hart did stellar work for Stampede, New Japan and even wrestled on World of Sport tapings here in the UK, but it is his WWF run that is most easily revisited. The two big Bret Hart matches of 1994 stand out but I would offer these classics too: vs Shawn Michaels (In Your House 6, 1996), vs British Bulldog (Raw, 1997), vs Triple H (Wrestlemania 14) and vs Ken Shamrock (Summerslam ’98). His efforts in tag team wars are also recommended: the Canadian Stampede main event was when his star shone brightest but check out his performances in the opener of Survivor Series ’96 and a 1997 Raw dream match when he and Bulldog faced HBK and Steve Austin. To see highlights of these matches replayed on Raw and to hear a crowd chant his name in unison would be special; he was booked mostly as a heel during his WWF run, and 1994 aside never escaped the midcard, so it was rare to see his work openly praised and applauded. Maybe the Hall of Fame could correct that.

As well as being talented in-ring, he was loved outside of it. Widely regarded as one of the best ribbers in wrestling history, here was a man who would deliberately highjack dull house show matches with comical over-selling, replacing his entire move set with a cartoonish karate chop (complete with loud hiyah). Here was a guy who, on arrival to a hotel, would take the guise of the front desk clerk and phone Jim Duggan’s room, calling him out and challenging him to a fight in the lobby. His thirst for pranks was unquenchable and this endeared him all the more to the locker room, who, as much as the fan base, would love to immortalise one of their favourite fallen brothers. 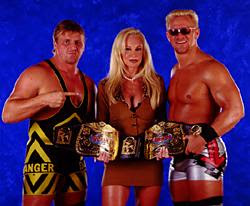 Bret would surely induct, sharing rare stories of his younger brother’s exploits as only he can, while Owen’s widow, Martha Hart, and children would step on stage to accept the cherished HOF ring. Only they wouldn’t. And that is the problem with this whole scenario.
As much as Owen deserves the Hall of Fame and as much as the wrestling community craves it as a wonderful wrestling moment, as much as need this as closure to a horrible chapter in our collective fandoms, can it ever be seen as a sign of respect to the man if his wife vehemently objects to it? Owen’s sister, Diana, has gone on record as saying that she wants Owen to be inducted and that it should happen, despite Martha’s objections. She asserts that we all lost Owen. Not just Martha, all of us. Whilst I understand that sentiment to an extent, surely the opinion of his wife means more than the views of the rest of us? I mean, personally, I don’t blame WWE for what happened to Owen that day but it doesn’t matter what I think. His wife has never forgiven the company for the tragedy and that’s what matters. Owen was a devout family man. He didn’t drink with the boys after a show; he saved his money to provide for his wife and kids. He rejected a storyline that would have seen him become romantically involved with Debra McMichael for fear of how it may impact his family (urban legend has it that the cancellation of that proposed storyline led to the fateful return of the Blue Blazer gimmick). All evidence suggests that he would want his wife’s wishes to be honoured. Therefore, wrestling sentimentality must stand to the side; her will must be done.

Owen was my first favourite wrestler. Maybe he will always be my true favourite. As much as I would warm to hear the roar of the crowd in response to the HOF announcement, as much as I would smile to see his brother stand on stage, recounting tales of their greatest adventures, the whole occasion would be tainted unless it is given the blessing of his widow. Until that happens, the best way to honour Owen’s legacy would be to respect her wishes. Maybe a talent that big and a man that special don’t need the HOF ring anyway… 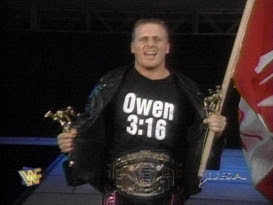