TNA has had a big of a tough time of it over the last couple of years, haven't they? I mean, both of their last two PPV's (outside of the One Night Only franchise) have had to deal with TV being taped prior to the event and working (for the most-part) outside of storyline. Now whilst the build to this event has been mediocre, at best, with the majority of screen time taken up by the TNA vs. GFW feud over the last few months, at least the majority of matches have recieved at least some build on Impact Wrestling over the last few weeks. But is it worth cheeking out on Sunday night? Let's have a look. 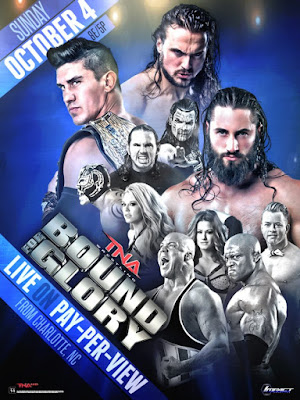 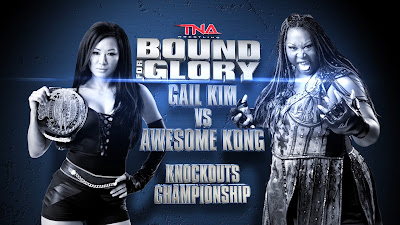 Two stalwarts of TNA Knockout's division, these two have had the matches that put the Women's division on the map back in 2007 and 2008. Can they recreate that seven years later? I'm not too sure. It's a shame that TNA gave the match away on TV back in April, as the first clash between the two since August 2008, could have been a pretty decent draw, had the booking been done right. To be fair to TNA, they've done a decent job of keeping them apart since Awesome returned at the start of the year, even if the feuds with Taryn Terrell and her Dollshouse, haven't quite hit the spot.

The action here needs to be the hard-hitting style that the two are known for, with plenty of avenues for storytelling and call-backs to previous matches. There's potential to present a rich and compelling bout here. The goal posts for mainstream women's wrestling have been moved over the last twelve months and TNA needs to hit this out of the park in order to keep up with what has been presented elsewhere. I think the winner is actually less important, than the actual match quality here. Please don't fill this contest with bullshit from the likes of the Beautiful People or the Dollshouse. 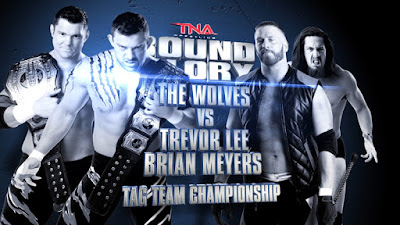 
This match has a lot of potential on PPV. The two teams passed the Tag Titles back and forth on Impact Wrestling during the TNA vs. GFW feud, but now without the shackles of that damp squib of a storyline, The Wolves and Lee & Myers are more than capable of producing a stand-out tag team contest. Davey Richards and Eddie Edwards have proven their worth to TNA since jumping from Ring of Honor at the start of 2014, with a string of impressive outings with the likes of The Hardy Boyz, Team 3D and The Dirty Heels, whilst Trevor Lee has been putting on a string of impressive performance in PWG. The former Curt Hawkins, Brian Meyers was somewhat of a tag team specialist in WWE, here's hoping that Meyers shows us his best performance to date here.


In terms of who is coming out of the show with the belts, I'm pretty certain we'll see The Wolves holding onto the belts that they only won on the 9th September edition of Impact Wrestling (Taped 29th July). The Wolves have BEEN TNA's tag team division for the last two years and it's a shame that TNA has been unable to produce a realistic challenge for their biggest PPV of the year. As much faith as I have in this match being good, without any depth in the tag team division it's difficult to find a reason to actually care about who walks out with the belts. 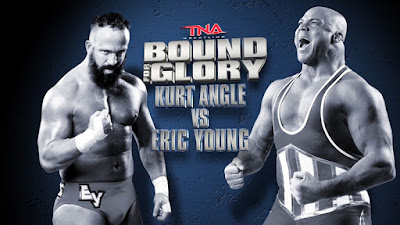 
Kurt Angle's first match since unsuccessfully challenging Ethan Carter III for the TNA World Heavyweight Championship the 8th July edition of Impact Wrestling (Taped 27th June), again it's a real shame that this match wasn't announced until this week's Impact Wrestling. There could have been some real legs in seeing Young preparing for a rematch with Angle over the last few weeks, after the two's fiery feud earlier in the year (Highlighted with their "I Quit" bout). Both men have had strong 2015's with Young finally stepping up to a role as a top tier talent for the promotion and Angle has impressed against Bobby Lashley, Austin Aries and Ethan Carter III.


With this supposedly being Angle's last match for the promotion, that does make the outcome a rather interesting one. On one hand, does TNA want to send Kurt Angle out on top, winning his last match before heading into the sunset? Or would they like to give Eric Young some bragging rights, heading into the rest of the Autumn with a huge chip on his shoulder? There's potentially to set up Young as the first challenger, if TNA decides to have Ethan Carter III drop the title on the show. However, this being TNA, I'm thinking we'll see Angle get the win in a competitive match. 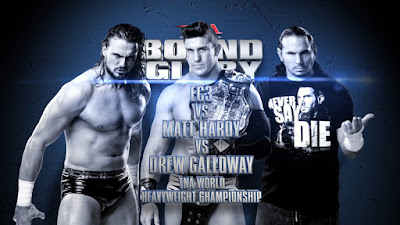 TNA Record (TV and PPV Only)

Many will wonder why I haven't put the World Heavyweight Championship match at the top of this preview and it's quite simple...I honestly don't care about this match. I was much more interested in an EC3 vs. Galloway one on one clash, than I am now with the addition of Matt Hardy and Jeff Hardy as Special Guest Referee on this week's Impact Wrestling. It seems almost inevitable that we'll see either Matt or Jeff turn on one another or some more over-booking, whilst I'm not convinced Matt Hardy should be main-eventing anything in 2015, let alone what is supposed to be the biggest PPV in the companies arsenal. I feel the addition of Hardy is to allow Galloway to win the title, whilst keeping EC3 undefeated. Either way I don't see Carter taking a pinfall or submission in Charlotte on Sunday. 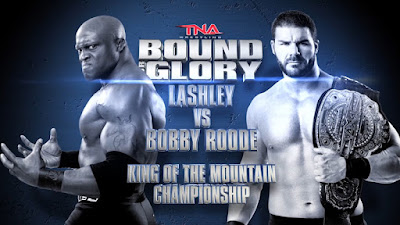 These two men provided some of the highlights of Impact Wrestling in 2014, with two stellar matches on the 17th September and 29th October editions of the show. I'm not getting my hopes up for the two to put on a similar contest here, for the sheer fact that those two previous encounters main evented their respective shows and were over the World Heavyweight Championship. The King of the Mountain Championship has yet to earn any prestige since being introduced at July's Slammiversary PPV, and hasn't actually been given any real significance....surely the King of the Mountain is the World Heavyweight Champion? Not expecting the pair to stink out the joint, but neither am I expecting a stand out contest. 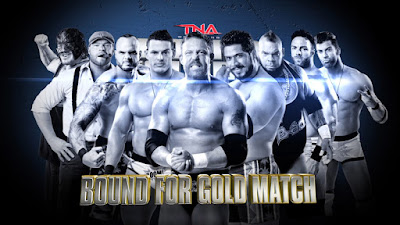 TNA Record (TV and PPV Only)

Trying to care about this match is pretty hard, considering it's recieved no build up on television (it was announced on ImpactWrestling.com last week) and features (with the exception of Mr. Anderson and Abyss) guys who I honestly couldn't care less about. There's a shot at the World Heavyweight Championship on the line, but again Anderson and Abyss are the only names that I could possibly see getting a shot at the title and being convincing in that role. However, with the rumour that TNA will be taping some television in India soon, I have a feeling they'll have the god-awful Mahabali Shera win and build to a title match in his homeland. 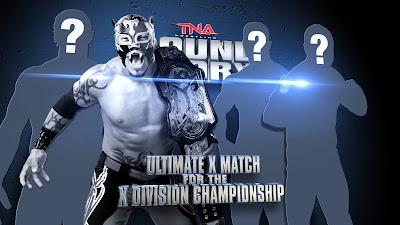 
A random Ultimate X match for the X Division Championship with no build and no opponents announced....it's no wonder that the X Division isn't thought of as highly as it was ten years ago. I'm sure this will be fine, but it certainly shows a lack of creativity, which is worrying for the biggest show of the year.


You know something? There's a lot of potential on this show...Awesome Kong vs. Gail Kim, The Wolves vs. Meyers and Lee, Angle vs. Young...even the World title match if booked correctly. But I've become especially cautious over TNA's PPV's over the last few years, especially after Slammiversary failed to capitalise on it's promising card. The company needs something to jump start them after a turbelent 2015, let's hope that Bound for Glory can do just that. Let us know what you're looking forward to over on Twitter and Facebook.
Posted by QTPW at 20:57