NXT Takeover: Respect is almost here! It feels like ages since Takeover: Brooklyn, doesn't it? What have we got to tuck into tonight then? Let's have a look, shall we? 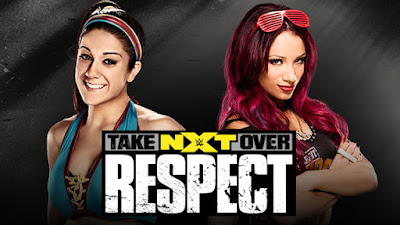 How exciting is this? For years, people have maligned the state of WWE's Women's Division and after three years of NXT steadily chipping away all the preconceptions about women's wrestling in the main stream, we are left with this. Two women main eventing an NXT Special and deserving to be there. Bayley and Sasha Banks tore it up at NXT Takeover: Brooklyn, unarguably having the best match of the night, and now it's time for them to take it up a notch. The thirty minute Iron Man match makes sure that the duo will have plenty of time to do what they do best, and offers another element for them to play with creatively.


Who will walk out with the title? Undoubtedly, Bayley will be holding onto the title, but I expect that we'll see plenty of twists and turns throughout. Sasha recieved a huge spotlight on this week's Monday Night RAW, with segment arguably being the highlight of the entire show, so I'd expect to see Banks come very close here, potentially even grabbing the first fall of the bout. There's every chance that this could be Sasha's last match in NXT, so here's hoping for an emotional rollercoaster of a match and a fitting send-off for The Bo$$. 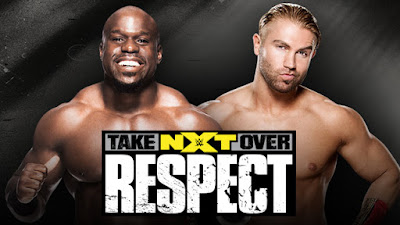 This is a real chance for both men to stake a claim that they deserve a place in the upper echelon of NXT. Tyler Breeze has struggled to get momentum, and despite putting on good matches on almost every NXT Takeover, he constantly finds himself as the bridesmaid of the promotion, whilst others have jump ahead of him the queue. Let's not forget that Breeze has been in developmental since 2010! On the hand you've got Apollo Crews, who's come of the Indies like a house of fire, since débuting at Takeover: Brooklyn, steaming through Martin Stone, Solomon Crowe and Johnny Gargano. Whilst Crews has impressed, this is a real chance for him to show this wider audience exactly what he can do in a longer and more competitive match.


This is a difficult one to predict. Personally, I believe that Tyler Breeze can't afford to lose here, after putting Jushin Thunder Liger over a Takeover: Brooklyn. There's an opportunity to create a compelling feud between the two, if Breeze is able to pull out a cheap victory over the former Dragon Gate star. But I've been disappointed on a number of occasions with Breeze not being given the big victory and with Crews clearly popular amongst his new fans and the back a like, I think we'll see the former PCW Champion go over here in a breakout match. 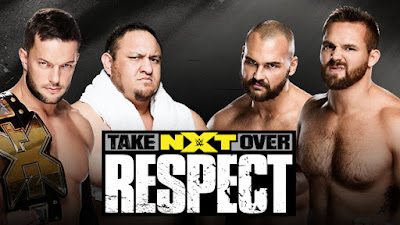 Whilst it's been great to see a focus on tag team wrestling on television over the last few months, we've yet to see a break out tag team contest on television (at least in full anyway). Now is the time to give the tag team division a real spotlight and allow that division to take as much of a spotlight as the singles and women's division. For me, for that to be done, any angle between Finn Balor and Samoa Joe (it's inevitable, isn't it?) needs to happen in the semi-final. Keep the focus on the tournament for the final and not on Joe and Balor relationship. Therefore I'm hoping to see The Mechanics pick up the victory here, after some kind of rift between Balor and Joe to set up the title match for the next Takeover event. However, I have a feeling that NXT will want to keep Balor and Joe's star power for the final and think that will be the over-riding factor in the outcome here and eventually win the tournament. 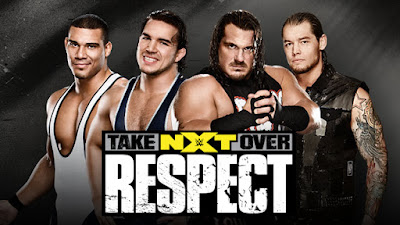 Similar to the match before, I'm hoping that we get to see the legitmate tag team triumph over the two singles stars. I'm certainly not Baron Corbin's biggest fan, so any momentum for him is a bad thing in my eyes! Gable and Jordan have bought plenty of entertainment factor to their act over the past few months and both are more than capable of putting on a solid match when giving the chance. Out of the two semi-finals, I'm expecting this to be the weaker of the two, simply because Baron Corbin is in it. Even if his match with Samoa Joe was decent, he's still to prove on a consistent basis that he actually knows what's going on when he's in the ring. Also what's with his belly? 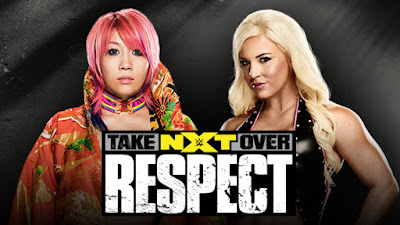 Apart from her appearances on NXT, I have to admit that I'm not familiar with Asuka's work. I have heard nothing but good things. However, I am familiar with Dana Brooke's in-ring work and quite frankly have never seen (or heard for that matter) anything resembling good from her. Will the utter shitness of Dana Brooke shine through? Will Asuka just batter Dana? I'm hoping for a short squash, just so we can all quickly get through Dana Brooke being in the ring.

Let's all get excited! We've another NXT Takeover event to tuck into. These events are always excellent on the whole and are usually the highlight of the month. Bayley and Sasha Banks have a chance to make history and produce one of the finest women's matches there has ever been, whilst simultaneously main eventing a show. The Dusty Rhodes Tag Team Classic coming to a close also presents an interesting opportunity for the tag team division to make a claim that they deserve more attention each week.


No matter what, enjoy the show and have a good evening.