As the clock struck midnight and 2015 jobbed out to fresh faced rookie 2016, social media platforms erupted into a crescendo of self-important and delusional new year, new me platitudes. Truthfully few of us will change in the next 12 months: we've dug ourselves into a nice little rut and we’re happy with it. But is that sentiment true of Vince McMahon and co? Will things change in that vast universe across the pond? Will the arrival of 2016 be the opportunity for mid-carders to finally achieve main event status, for divas to smash the glass ceiling and for old dogs to finally learn new tricks? At the risk of looking extremely foolish come December 31st, I predict what I think 2016 has in store for the guys and gals of the WWE.

room at the top 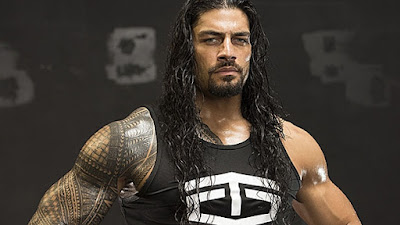 Despite all fears to the contrary, Roman Reigns is gradually getting over. Expect him to hold the big belt for the majority of (if not all of) the year…John Cena’s quest for a 16th World title will be one of the stories of the year and a major match between Reigns and Cena will occur at SummerSlam. Big fight feel guaranteed for that one… On the topic of Cena, expect fans to finally soften and show him some more respect. Legend status is approaching for Big Match John… For Seth Rollins, the big babyface turn is coming. He will be the most popular performer in the company by the end of the year… Second most popular could be Bayley: her gimmick should transfer to the main roster and she could become the face of the women’s division (as well as several kid friendly campaigns). A feud between her and the evil Stephanie McMahon could generate rare levels of heat… I could see Vince overlooking Finn Balor. But the Demon Balor character should hold his attention…And if Demon Balor does fail to catch on, Bray Wyatt will turn face and take up the Undertaker’s monster mantle… Wyatt fighting off his former family members will be the start…Not sure how great their overall run will be but Enzo and Cass’ debut, in front of a post ‘Mania or Summerslam crowd will raise the roof. That is one fun entrance… Jordan and Gable will get more and more over as they continue to channel that Kurt Angle vibe…The Miz will re-invent himself as a manager with a Hollywood agent vibe. It will be his best stuff in years… Mauro Ranallo’s talents will illuminate Smackdown; Corey Graves will have the same effect when he hits the booth on the main roster… Nia Jax and Asuka will have an absolutely belting feud…Brock Lesnar will continue to throw people around and it will continue to be very cool.

stuck in the middle with you 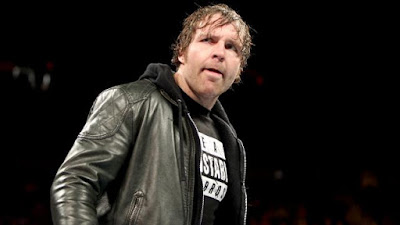 Can NXT top its stellar 2015? It will do well to sustain those levels. As long as we get another UK tour all will be well…Dean Ambrose may have to wait another year before he really breaks through at the top: he sells enough merch to justify being kept face but not quite enough to force the Fed’s hand in regards to their booking of him. Mid-card act for now…Kevin Owens will get big matches in 2016 but not the big wins… Sami Zayn may not be elevated as quickly as his avid fanbase might expect. Raw’s loss is NXT’s gain… Randy Orton’s best days are behind him whilst Cesaro’s may never come. I could see these two having a pretty decent feud though…The New Day are great but I don’t see them getting any bigger than they are now. If anything the inevitable babyface turn may harm their act… Likewise the Usos may have to turn heel to stay fresh… Charlotte, Sasha, Becky and Paige will have a decent year but the highs they experienced in NXT will continue to evade them… Raw commentary will continue to be frustrating… Dolph Ziggler will stay in the midcard. Forever. Accept it. 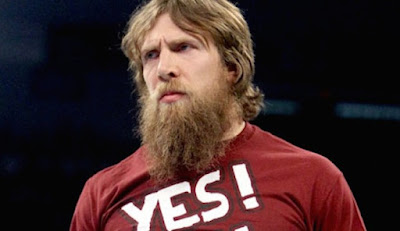 Sad to say but Daniel Bryan won’t wrestle for WWE again. Given his condition, maybe he shouldn’t wrestle again at all…It’s hard to see Kane doing anything special in 2016; Big Show won’t retire but probably should… Tyler Breeze looked great in NXT. He may end up back there as their touring schedule expands and his main roster run fluctuates… No more Bo. There’s just no point anymore… Titus O’ Neill doesn’t have it. Nice guy but not a star… Los Boricuas wouldn’t sweat The League of Nations …Brie mode is so 2014… Friend of WWE star Wayne Rooney will struggle to get goals for Manchester United and disappoint for England at the Euros. Again.


So there we have it people: that’s your 2016. With regard to other wrestling predictions, I expect Brock Lesnar to win the Rumble, record Network subscribers for Wrestlemania, Undertaker to reject retirement and hang around the Fed a bit longer (he has to hit the road- since she retired, Layla’s always round the bloody house), Ric Flair to marry Paige in the spring, a CM Punk chant in Chicago (Editor's note: Only a twat tells people what to chant), Byron Saxton to snap on air and bite JBL’s nose off, Paige to divorce Ric Flair by the summer, a British indie darling to reach NXT, Ronda Rousey to make a significant appearance late in the year, and Ric Flair to wrestle Paige at Survivor Series. That would be a hell of a year.
Posted by QTPW at 21:18