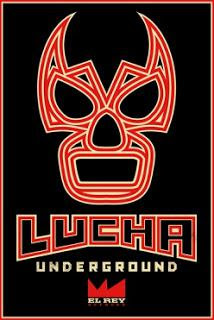 Lucha Underground came around seemingly out of nowhere in October 2014 and it has taken the indy circuit by storm. With it's telenovela filming style, unique storylines and a variety of both established and up and coming wrestlers it continues to grow in popularity, and rightly so. It has brought something new and fresh to the world of televised wrestling and fans have sought it out as an alternative to the monotony of other larger promotions which seem to be producing the same dull storylines week in week out. But how does it work? Why has it gotten so big in such a short space of time, whilst other companies who have been around for so much longer struggle to sell tickets and keep fans invested?

Well, everything. Everything I mentioned earlier and then some.

The style in which it's filmed is very telenovela, which is basically the Spanish version of Eastenders but with ten times more drama and a hundred more mental lassies going about screaming and slapping each other. It's extremely intense and very high drama, which makes for very exciting television (when it comes to wrestling anyway, Eastenders is fucking gash, sorry Phil). This all integrates perfectly with their dramatic story lines; we've got dead wrestlers, a missing owner, a psychotic vampire and a dragon. Aye that's right, a big scaly winged demon bastard of a dragon. 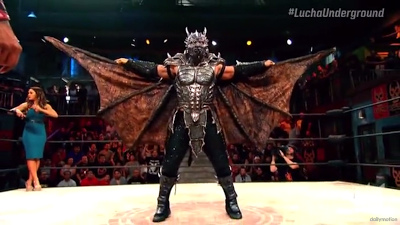 This leads on to one of the best bits about the show - the variety of wrestlers that it showcases. I've seen far too many new companies spring up from nowhere and all they do is book a bunch of ex-WWE or ex-TNA guys, have them involved in complete spot-fests without any logical story line and call it a promotion. Lucha Underground has been different from the very beginning; in the first show they had a variety of "big name" stars from various promotions and they also had a lot of indy talent that wasn't very well known outwith their own circles. They used names like Ricochet (Prince Puma), Johnny Mundo and Matt Cross (Son Of Havoc) to bring in existing fans of WWE, PWG, Dragon Gate etc. whilst at the same time introducing them to wrestlers like Blue Demon Jr. and Sexy Star who - to the common wrestling fan like myself who's never found the time to watch any Mexican promotions - aren't known but are fantastic at what they do.  I've never really seen any females take on the luchadora gimmick properly so Sexy Star has introduced me to a whole new realm of wrestling to explore. 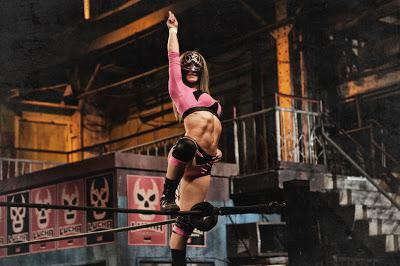 As the series continued more people started to get introduced, like Pentagon Jr., Fenix and Drago who again are again all big names in promotions like AAA but aren't as well known to a lot of Western fans.  They're names that I'd heard of but had never bothered looking into because let's face it, I struggle to keep up with the promotions that I watch to begin with never mind getting myself invested in new ones, but Lucha Underground has gone far and wide to bring the best of them into the sights of the Western world.  By putting these "unknown" guys on to mainstream television, on a show that airs weekly, they're helping us to broaden our horizons whilst entertaining us and keeping us invested at the same time.  Without it I wouldn't have discovered a lot of the wrestlers that I have; I started watching because I'm a big fan of Ricochet and I wanted to see how he done under his luchador guise of Prince Puma but I didn't keep on watching just because of him, I kept on watching because there wasn't a bad match on that card and I wanted to see more of all of the wrestlers on that first show.  Christ I even enjoyed watching Chavo on it.  Then, a few episodes in, Drago - the aforementioned dragon - appeared and he kept me even more interested; I had seen him on AAA's Triplemania back in 2014 after hearing about it being an absolutely amazing show and I was mesmerised by him.  I'd never seen such a Gwar-esque character in wrestling before and I wanted to see more of him but failed to keep up with the happenings of AAA because as I said before, there's just too much good shit out there to be able to keep up with all of it, then when I realised he was in LU I was overjoyed. 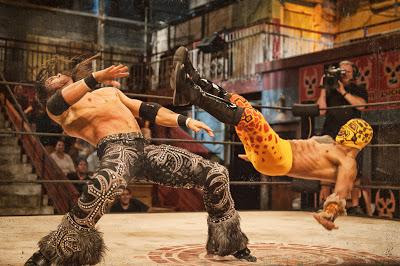 It's been so refreshing to watch all of the different characters and styles come together on to one show that's so easily accessible.  And the best thing is, there's no daft adverts appearing halfway through a decent match!  For breaks they show video packages and promos that help to build up towards a match or something developing in a story, so you're getting an hour of pure uninterrupted, unadulterated wrestling. How many of you still sit up and watch RAW on a Monday night like it's a chore that you have to do even though you really don't want to and get no enjoyment from it?  Watching half a roster do the same thing week in, week out then moaning about how bad it is on Twitter as if you've no other options to explore.  If you're one of these people then ditch it.  Get it dumped like that psycho lassie ye went out with last year that panned in your window because you never got her a Michael Korrs watch for Christmas.  Get up on a Thursday morning and get Lucha Underground watched.  Or if you're not sick of the sight of Kane interrupting matches and Roman Reigns stuttering through promos, stick to your Monday routine and start up a Wednesday night/Thursday morning one too.  Let's face it, there might not be enough hours in the day to keep up with every good promotion out there but Lucha Underground is more than deserving of an hour of your time every week.

Lucha Underground airs every Wednesday at 8PM ET/PT (1AM UK time) on the El Rey Network.