On 6th April 2016, WWE aired the 191st edition of NXT, which had previously been taped on 1st April 2016 at the Kay Bailey Hutchinson Convention Center in Dallas, Texas, USA, on WWE Network. Apollo Crews and Elias Samson looked to settle their differences...but was it any good? Let's find out! 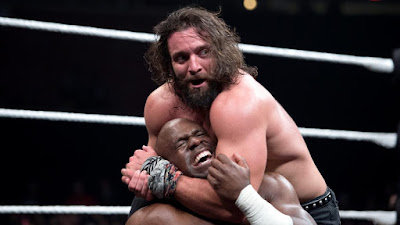 In hindsight, I'm glad this match was put on this show and not included on the NXT Takeover: Dallas live special, for a couple of reasons. Firstly, the match wouldn't have received anywhere near the amount of attention and time it got here, and there's also a strong possibility that had it been on the live special that it would have taken time away from other matches, that were, let's be honest, more interesting that this. I've begin to be turned around on my opinion on Elias Samson over the last couple of weeks and after an impressive performance opposite Johnny Gargano on NXT #189, I feel that Samson upped his game once again. He put together some nice stuff with Apollo Crews, more than holding up his side of the bargain against his more experienced opponent. A couple of little things that he does really drew me into the bout, with his facial expressions in particular standing out. They made him look like an utter bellend and made me want to see Crews hit him in the face. Lovely stuff (not my words, the words of Shakin' Stevens) 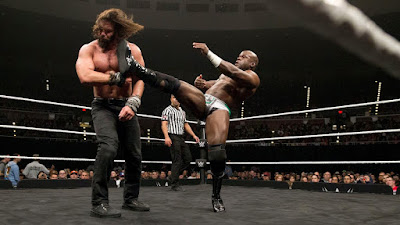 Whilst probably won't live long in the memory, what made Crews vs. Samson so enjoyable to watch was just how hot the crowd was for both guys. Samson's pre-match song got him a load of heat with Dallas, allowing Crews to get a big pop on his entrance and the two just ran with it from there. Samson kept being a nob and Crews always had his funky offence to pull out if given the space. Best example of this was Samson trying to fuck off mid-match and Crews saying "Nah m8" and nailing his rival with moonsault. Crews finished things off with a bicycle kick and his Spin-Out Powerbomb to seemingly bring this short feud to a close. With Crews debuting on Monday Night RAW just two days earlier, it will be interesting to see just how much we see of the One Man Nation on NXT going forward, whilst Samson will need some re-building after two straight losses. 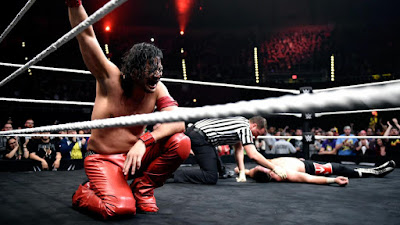 Sami Zayn and Shinsuke Nakamura went to war at NXT Takeover: Dallas and just as the fans shouted "Fight Forever" this show featured the first of what is surely to be many replays of the bout stellar action over the coming weeks, months and years. As usual a great production on the highlight video from WWE, however I still think it's difficult to give the match justice in anything but it's full form. Go and watch it now! Both men gave interviews to close the show. Zayn's underdog character came across nicely as he seemed to suggest that we'd be seeing less of him on NXT, whilst strongly putting over Nakamura. The King of Strong Style had most of the talking done for him by former WWE Crusierweight Champion Funaki, but his closing line set the scene for the weeks to come and summed up his appearance in Dallas. The King of Strong Style has arrived! 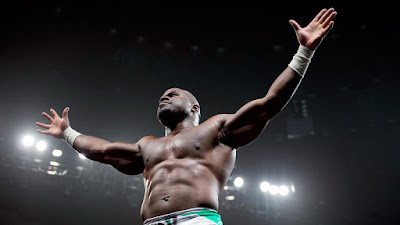 Obviously with this show being mostly a recap for NXT Takeover: Dallas it had a bit of an impact on the show's rating. With so many highlights packages placed back to back, you'd be forgiven for thinking that this weeks so was completely missable. That being said, Apollo Crews vs. Elias Samson was a very watchable match, that showed both men could own it on a big stage. It was a shame that WWE decided not to tape more action for this week's show, as they have previously done at NXT Takeover: Brooklyn and NXT Takeover: London, just to give the show a bit more beef.
Posted by QTPW at 00:31