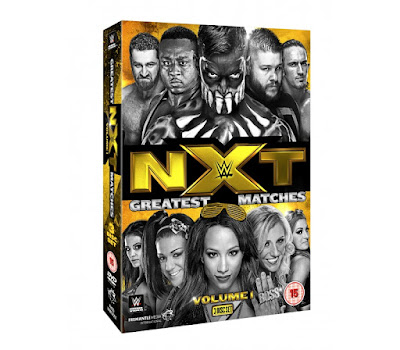 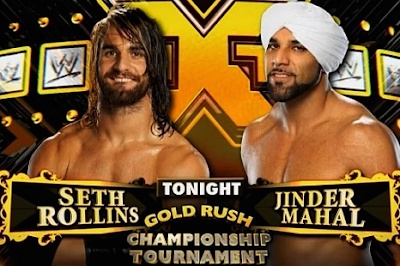 The set begins with the first ever NXT Championship match, which acts as a showcase for Seth Rollins as he faces off against Jinder Mahal. There are hints at things to come for the brand, with contest telling a nice story and featuring a handful big spots, as well as some blinding commentary from Jim Ross and William Regal. Another title match follows with Rollins putting the belt on the line against Big E Langston in a very different kind of match, with even more emphasis on storytelling in an overcoming the odds type of affair. Bray Wyatt then more than holds his own with the veteran Chris Jericho, but it's clear that something is being held back here as NXT continues to grow. The first NXT Women's Championship is next with Paige and Emma scrapping over the belt in an okay match. There are a couple of nice near falls peppered throughout, although it's nowhere near the level of bout that we'd see from the brand later on it's growth. 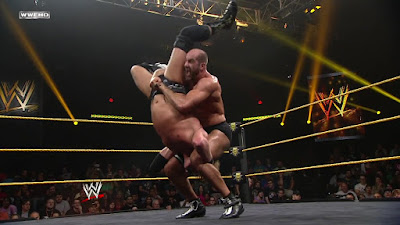 The first really good bout on the set is Sami Zayn and Antonio Cesaro's Two out of Three Falls match, which features two competitors with an amazing in-ring chemistry. Considering that this is the bout that began to put NXT on the map, it's fitting to see it included here, even if it's perhaps not as special a match as many stated at the time. For me, the bout between Cesaro and William Regal is a better match in almost every aspect. Technicality, story-telling, physicality and selling are all spot-on here as the set really begins to get going at the end of Disc 1. 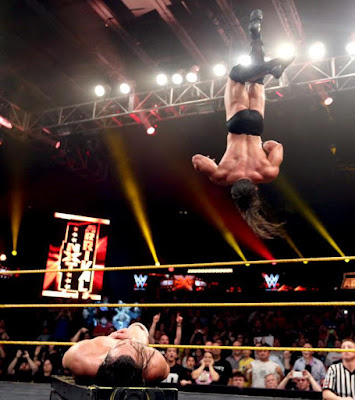 The second disc begins with an underrated ladder match over the NXT Championship between Bo Dallas and Adrian Neville, that presents a lot of fun moments. The pair pull out some stellar spots and string together a nice narrative, and manage to get a massive reaction out of Full Sail Arena come the finish. A special appearance before hand from Shawn Michaels is also included in full. More Hall of Famers are up next as Bret Hart and Ric Flair are in their relatives corner for the first good Women's match of the set between Natalya and Charlotte. As you'd expect this one is full of submissions, with the two women exchange holds really well throughout. 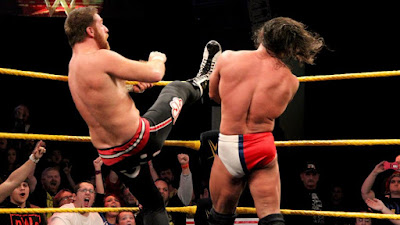 Sami Zayn and Tyson Kidd have a fairly straight forward match next, that whilst solid and smooth probably doesn't merit it's place on the set. There is, of course, no argument against the inclusion of Zayn's NXT Championship bout with Adrian Neville that is arguable the best (male?) match since the brands inception. It's a superb clash, full of nuances that die-hard wrestling fans will cream over, whilst still managing to remain exciting for the more casual fans. The great mixture of the duos indy skills and their learnings from NXT, everything the pair do is super smooth and silky. If that weren't enough a hot, hot, Full Sail Arena is on hand to provide a brilliant soundscape. 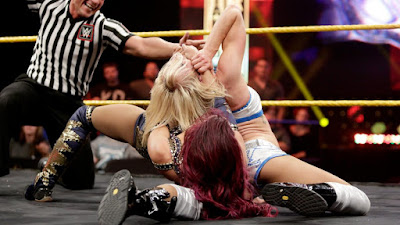 There's brief video packages placed a various points throughout the set, but my favourite has to be the one looking at the "Four Horsewomen" that does a neat job of introducing the next bout. Of course, that would be the Four Way for the NXT Women's Championship featuring Bayley, Becky Lynch, Charlotte and Sasha Banks in a clash that showcases all four of the women's talents perfectly. There's lots of twist and turns throughout, plenty of stellar near falls and most importantly of all, a satisfying finish! 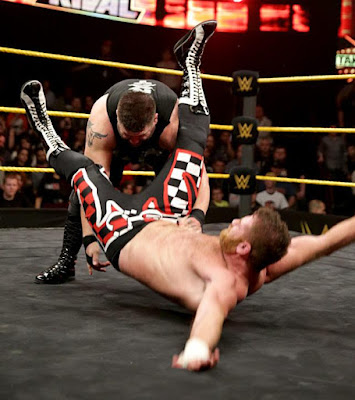 The final disc begins with NXT showing it's willingness to take risks in a very different kind of NXT Championship match between Kevin Owens and Sami Zayn. There's some beautiful drama here, propelled by killer performances by both Owens and Zayn. When removed from the context of it's show, the match somehow becomes even better than it was originally. An exclusive match between Adrian Neville and Cesaro, from an NXT live event, is everything that I wanted it to be a more. The two make use of the unique arena environment and also produce some brilliant back and forth wrestling that has the crowd going ape-shit by the finish. Another live event match between Tyler Breeze and Hideo Itami is also include and whilst it's not as strong as the Neville-Cesaro clash there is still a handful of great strikes sequences. 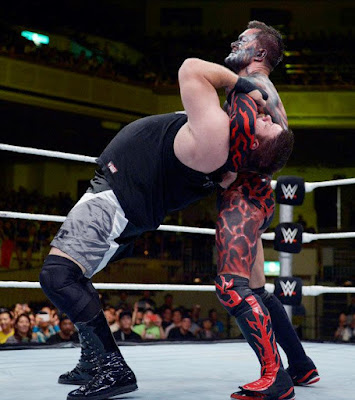 A six person tag pitting Carmella, Colin Cassady and Enzo Amore against Alexa Bliss, Blake and Murphy is an enjoyable jaunt, that exhibits just how over the Enzo and Big Cass act became. Finn Balor's NXT Championship match with Owens then takes things back up a notch or two, in an awesome match. Owens and Balor work the Japanese crowd into a frenzy, knowing exactly what buttons to press to get the reactions that they want. The wrestling is physical and the near falls are paced very well with the contest building to a natural conclusion. 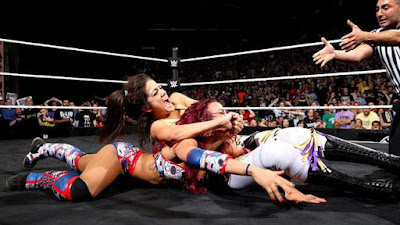 Arguably the best match of the set is next as Bayley and Sasha Banks take to the stage for their NXT Women's Championship match in Brooklyn. The two characters fit perfectly together and the performers use this to drive what is a compelling contest. The duo barely put a foot wrong and manage to produce a number of memorable moments, before the conclusion pops the roof off the Barclays Center. The set concludes with a decent tag team bout with Balor and Samoa Joe facing Baron Corbin and Rhyno in the Final of the Dusty Rhodes Tag Team Classic. Whilst it's not as red-hot as some of the previous matches on the set, there is a brilliant performance from Balor who owns every second he is on screen.


If you've been paying attention over the last four years then you surely knew that this was going to be a great DVD, right? I mean, even the matches that aren't exactly home-runs (most of the earlier bouts on the set) are well worth their inclusion, because of including titles changes or major shifts in the presentation of the product. The addition of two never-before-aired bouts from live events only helps to improve the coolness of the set, by not just being rare bouts, but also being bloody good.

There may be matches that I'd have liked to have seen make it onto the DVD (a few matches from the Tag Team division perhaps?) but with this being Volume 1, I suppose the producers had to leave matches for upcoming volumes of the series! And therefore, my only gripe about the set, isn't really a gripe at all.

If you're a wrestling fan (and certainly if you're a big NXT mark) then you know you need to get your hands on this. Yeah, the best matches are available on the WWE Network, but to have them all in one easy to access place, with never before seen matches and early NXT bouts not available on the Network yet, is surely worth the extra cost? You know it makes sense.
Posted by QTPW at 02:33