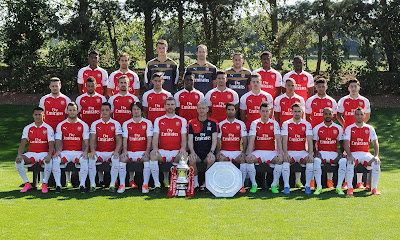 Before we talk wrestling, indulge me in some football speak. The key element in the modern game, according to all of the learned pundits on television and twitter, is to build a competitive and balanced squad. Unfortunately my team, Arsenal, failed to assemble such a collective and consequently did not have the legs to last the season. Performing well in fits and starts and overly reliant on our weaker performers, we stuttered to second place, behind the astonishing Leicester City.

I’ve often thought my Arsenal fandom marries well with my WWE obsession: I’ve loved both since the age of 12; my wife tolerates but understands neither; and they both tend to promise me more than they can consistently deliver. As Arsenal’s title push was derailed between January to March, almost simultaneously WWE’s Wrestlemania card was stripped of momentum as the roster deficiencies were laid bare for all to see. I couldn’t help but note another connection between my dueling passions: neither organisation has built a squad to last the course and meet their fan’s lofty expectations.

Now, Arsenal can head into the transfer window and fix these issues (Arsenal fans can insert their own sarcastic remark here) but let’s get back to wrestling. What would a perfect squad look like for a wrestling organisation? What compliment of performers would be required to appeal to a broad fan base across a whole year of intense competition? What mix of talent could handle both the pressures of a grandiose Wrestlemania and the challenges of a Superstars taping on a cold Tuesday night in Tulsa? If the unlikely happens and, stay with me here, Shane and Steph do fall out and begin feuding, splitting the roster in two for the next round of Raw vs Smackdown, then we may see some serious squad building, WWE style. Where I to be assisting in the assembly of such a roster, this would be the spine I’d be looking to create.

John is still the man that ticks the most boxes: promo, wrestling ability, experience, look, crossover appeal. He has the work ethic and the respect of the locker room so if you want to build your brand around someone, quite simply this is the guy to start with. 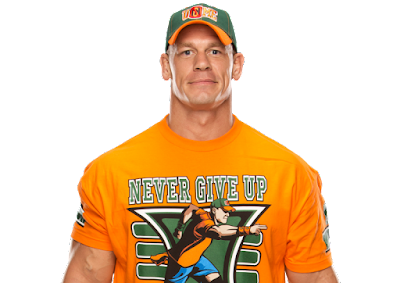 Maybe he is too funny to be a true heel right now but I get the sense that if WWE pulled the trigger and put KO in the main events, his witty repertoire would be replaced with outright badassery. Just as a football team needs two centre backs who can complement one another, a wrestling roster needs a top face and heel who can make the magic happen. Cena and Owens have done so before and they will do again.


The All Rounder: Seth Rollins

Injuries happen and plans change. That’s where the all-rounder comes in to his own. A role once perfected by Edge, Rollins, his New Era successor, could be that guy as he can perform any number of roles: face or heel, hound of justice or corporate schmuck, high flying sympathetic challenger or beatable champ. If crisis hits, Rollins is the safe pair of hands a brand manager can rely on. A must for any roster.


The Women: Sasha Banks and Charlotte

If you’re building a woman’s division in 2016, these are the MVP drafts. Just as Cena and Owens could be the recurring feud in the male ranks, Sasha vs Charlotte could be the staple match of this brand’s women’s scene. Paige has a quirky, unique style and Becky is adorable as the underdog but the upside of Miss Banks and Miss Flair is too strong to ignore: talented already but with scope to grow further. Character wise they are vastly different, opening up electric opportunities for any programme, whilst the flexibility they offer in regard to who can play heel or face only adds to their versatility.

A lot of options here: Brock Lesnar and Undertaker are box office superstars but I’d be looking for a veteran who can offer more in terms of dates and aiding character development. Brock might pop a crowd but how much could a young guy learn being viciously pummelled for 15 minutes? That makes Chris Jericho the obvious choice for this slot. Able to play a variety of roles and mesh with performers of different styles, he would be a guaranteed good match on the card and a positive learning experience for the younger worker. We’re often told there are not enough “good hands” left in the business so hold on to those that we have. 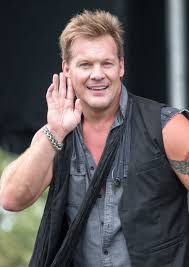 There is so much untapped potential for Bray that it would be a crime to omit him. His inclusion would add colour to the roster, with his promos, narrative arcs and angles being totally unique to a show in which variety is king. He also offers the prospect of a stable which is a required booking trope for any wrestling group. Some might go for Undertaker and, as was aforementioned, experience is great but more than a smattering of youth is needed to keep things fresh.

The following views do not represent ATPW: A friend of mine once commented that Sami Zayn shouldn’t be likeable as he is “ginger, a hipster, dances like an idiot and looks like Seth Rogen who hasn’t been funny in years”. A little harsh perhaps (Bad Neighbours was okay) but when pressed, said friend admitted he still did like Zayn, adding that he just “didn’t know why”. Innate and inexplicable likeability is always a good trait in an underdog babyface and, for my money, Zayn has delivered NXT’s two most emotive moments: his title win against Neville and his recent send off in Dallas. So I’d pick him. And his hat.


One for the kids: Kalisto

Kids love masked wrestlers. Case in point: as I attended a family event last week, I was greeted at the door by an excited, sugar high 9 year old who proudly declared he had a new Sin Cara mask. Ignoring the fact that this anecdote represents that my first social interaction at this fairly formal occasion was to talk wrestling with a child, it also proves my point masterfully. Kids love a fella in a mask even if adults are non-plussed. It looks cool, sells merch and it doesn’t matter if you switch the performer underneath it: they won’t know, they’re just kids! So my brand needed a masked wrestler and I picked Kalisto, the superior of the Lucha Dragons.


The Comedy act: The New Day

New Day Rock: fact. Funny equals money: opinion. But is the opinion shifting? The New Day supposedly moved the most merchandise during Wrestlemania weekend and at last month’s Raw taping in London, I was overwhelmed by the colourful sea of their shirts that spilled from the bars and restaurants. As well as popularity, a comedy act helps vary the tone of the show, providing something for everyone and ensuring entertainment is always at a premium. Whilst some see it as belittling to wrestling (and if overdone, it can be) many serious works have added laughs to keep audiences guessing. Think Fight Club were brutal bare knuckle scenes are counterbalanced by moments of farce or Shakespeare’s classic Macbeth where the murder of King Duncan was followed by a servant taking a piss and telling sex jokes. Now imagine Raw: Sami Zayn and Kalisto have been caught in a barbed wire bear trap and everyone is crying. But here come the New Day with some cereal and video game jokes. We’re all laughing now. Job done. 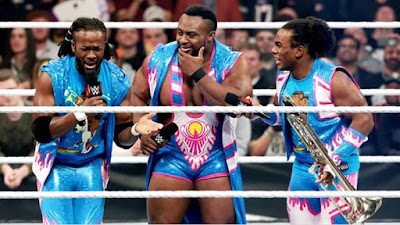 Big Cass has been turning heads lately. Better delivery of promos, more intensity in his work and remember: he’s got something you can’t teach. He seems a sure thing right now and whilst sure things in wrestling don’t always pan out, I wouldn’t want to let Cass slip away. There’s gold in them 7 foot hills. And to bring the Arsenal connection back into play: he and Giroud share the best chant in all of sports.

Commentary needs an overhaul: Cole and JBL are at the point I’d let them leave on a free transfer. Mauro and Corey seems a dream ticket: fresh and untainted, they would offer a classic face/ heel combo with a deluge of factual details and relevant pop culture references (JBL’s grasp of modern culture is so poor that referencing George Clooney as the guy all of the kids like is some sort of pyrrhic victory for him). Mauro could specialise in Japanese context, Corey could uncover the indie scene and should Byron Saxton join the team, they could jostle him with more humour and warmth than those bitter old boys on Raw.

Obviously I’d need more bodies in the mix and, having established the core of my roster with the above picks, I’d love to add the likes of A.J Styles, Becky Lynch, Finn Balor and Baron Corbin to broaden the stylistic qualities of the collective. But for now, with transfer windows upon us and squad overhauls in the sporting world afoot, ask yourself this: if you were drafting a roster within the world of WWE, who would you move heaven and earth for? Answers in the comments below…
Posted by QTPW at 18:20