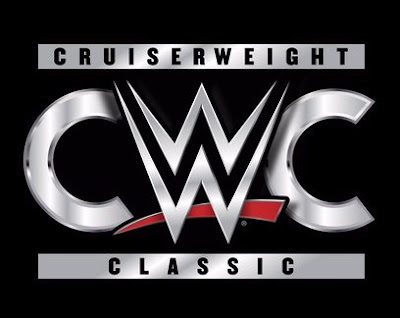 It's been a long time coming, but finally WWE's Cruiserweight Classic kicked off on the WWE Network on 13th July, with four first round match-ups. With names like Kota Ibushi, Gran Metalik (Mascara Dorada) and Cedric Alexander on the first episode, would the tournament start as it meant to go on? 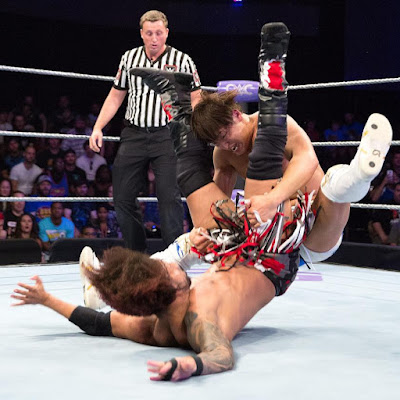 In the main event, DDT star Kota Ibushi would over-come Sean Maluta [Roundhouse Kick and Leaping Sitout Elevated Powerbomb] in a strong contest. Ibushi would come out of the bout looking like a real star, with a mixture of his in-ring performance, Maluta's selling of his offence and some brilliant commentary from Mauro Ranallo & Daniel Bryan. Considering this was Maluta very first broadcast match I thought he presented himself well and despite botching an angled tope conhilo attempt (wonderfully thoughtful commentary from Bryan here), he sold Ibushi's offence well, whilst bringing an underdog type fire to his performance, fighting Ibushi's superplex attempt off (and then getting nailed with a ridiculous Pele kick) before delivering the strongest near fall of the show, blocking a tiger suplex attempt and hitting savate kick with Ranallo adding to the drama on commentary. All these first round contest seem to have the aim of showcasing the winner to set them up for the rest of the tournament and Ibushi came out of this looking like a real star.

Clement Petiot (Tristan Archer) came up short against former ROH regular Cedric Alexander [Lumbar Check] in a good demonstration of Alexander's potential. Petiot came across as a generic French heel type, which probably wouldn't last long on WWE's roster these days, but as a means of putting over Alexander and allowing him to show off what he can do it worked. There was a nice story of the brawl against the highflyer usedd here, with Petiot initially controlling the match with strikes, whilst Alexander looked for space. The strongest action of the bout came during a back and forth transition sequence that would climax with Petiot nailing a big lariat for a near fall. The prospect of Alexander taking on Kota Ibushi in the second round in a few week's time is positively mouth-watering and the quality of these opening round matches has a lot to do with that.

Ho Ho Lun picked up a speedy victory over Ariya Daivari [Bridging German Suplex] in what was probably the weakest bout of the show. For me, this was carried by HHL coming across a very likeable performer, whilst Daivari played WWE's typical Iranian heel. It wasn't ground-breaking but it got the crowd going and kept the mediocre action entertaining for it's five minutes of air time. Despite the characters sizing up well, the duo didn't gel well in the ring and most of the action was kind of clunky. There were similarities to the Gran Metalik and Alejandro Saez opener as well, with Daivari's missed frog splash being the opening for HHL's final flurry of action. HHL will have to improve in the next round if he doesn't want to stick out like a sore thumb!

If the opener that saw Gran Metalik (Mascara Dorada) defeat Alejandro Saez (Xtra Large) [Corner Clothesline & Samoan Driver] was supposed to be a little appetiser for things to come in CWC then it did it's job very well. At only four minutes long, the match was fought a real lightning pace with Metalik able to show off just a handful of his lucha libre style moves with a tightrope splash and gorgeous tope conhilo standing out amongst the bunch. Saez showed he wasn't just there to make up the numbers either, as the current XNL World Champion hit a shooting star press off the apron, that whilst not perfect, was impressive none the less. As mentioned above the finish shared similarities with the Ho Ho Lun v Ariya Daivari match, as Metalik moving out of the way of a Spiral Tap by Saez before finishing the match off. I can't help but feel that a little discussion between the various competitors would've helped and removed the similar finishes.


This was a very easy to watch first episode for the Cruiserweight Classic and perhaps the score may seem harsh because of this. However, I wouldn't really have wanted the first episode of a show based on a tournament to be scoring much higher. If the Cruiserweight Classic had came out of the box with a couple of top top matches, then they would have had nowhere to go for the rest of the series. This was all about showcasing the winners, introducing Kota Ibushi, Gran Metalik, Cedric Alexander and Ho Ho Lun to a WWE audience, letting them show what they can do, whilst having as good a match as they could, without giving everything away in one go. As I had been expecting the show to be around this level, the main positives that I came away with here were the strength of the commentary from Daniel Bryan and Mauro Ranallo, who will only become better together throughout the next nine weeks, as well as the different types of presentation that WWE have chosen for the show, like the referee being miced up during the start of each match and the raising of the winners arm at the conclusion.

I feel like many wrestling fans, I'm looking forward to the seeing the next three weeks of First Round matches and getting to see how the likes Akira Tozawa, Johnny Gargano and Zack Sabre Jr. get on, but this tournament is really going to get going in the 2nd Round.
Posted by QTPW at 17:00