Episode 216 of WWE's NXT saw the beginning of The 2nd Dusty Rhodes Tag Team Classic as NXT Tag Team Champions The Revival (Dash Wilder & Scott Dawson) went up against Andrade Almas (La Sombra) & Cedric Alexander in the First Round. Would the tournament begin in style? Let's have a look. 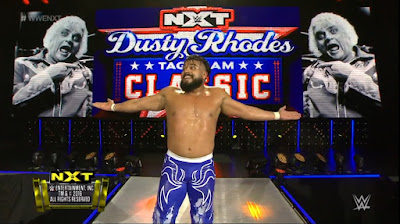 The Revival earned their place in the Second Round of the Dusty Rhodes Tag Team Classic in an enjoyable encounter with the makeshift team of Andrade Almas and Cedric Alexander. The bout mostly stuck to a simple tag structure, with a couple of flourishes added. Almas & Alexander quickly slotted into that flippy babyface role, the polar opposite of the "No Flips, Just Fists" mantra of The Revival, creating an interesting dynamic and arguably making Wilder & Dawson's catchphrase feel meaningful for the first time. Everything from Alexander's hot tag onwards was great viewing and the flow of action into Alexander taking a Shatter Machine was wonderful. The Revival go on to face either Johnny Gargano & Tommaso Ciampa or Bin Wang & Ho Ho Lun in the Second Round. Almas turned on Alexander following the match, looking much more comfortable in the heel role, managing to get a strong reaction from the Winter Park audience. 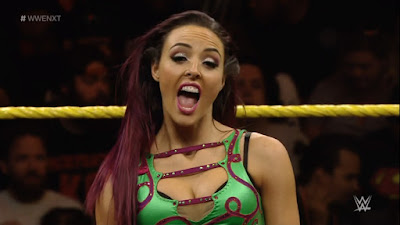 This was a fairly straight forward episode of NXT, mostly consisting of squash matches, with the only bout with an substance being the Almas & Alexander v The Revival. Luckily that was a good contest, so it saved the rest of the show from getting a worse rating! Not that a "Very Poor" is anything to shout about, but without the strength of the main event, it would have been even worse.