Opinion: But Why Wrestling? 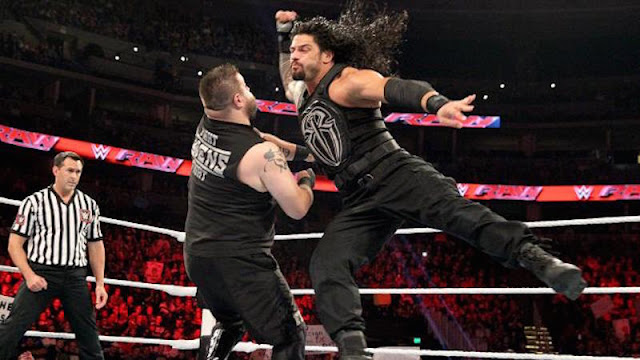 We’ve all experienced it. Wrestling is big in business and in cultural capital: WWE’s stock price is higher than that of Manchester United and WrestleMania and Smackdown are part of the global lexicon. So why do people still not get the appeal of wrestling?

At work recently, we all undertook a staff development session. It was led by one of the managers, a professional guy who works hard in his industry. As we collaborated on a task that was designed to enhance our empathy skills, a series of images were shown on a projector and the staff body had to react to them. I noticed a connection between the images: the shocked faces were familiar to me. I knew what was causing the people on screen to look so aghast: these images were taken from the New Orleans crowd just after The Undertaker’s streak had ended at WrestleMania 30. This super-professional management type was a wrestling fan.

Talking at work in the coming days, more fans came out of the woodwork: one guy said he watched highlights regularly on YouTube whilst a female colleague lamented that her boyfriend had taken to putting her on a list whenever she upset him. Wrestling, we are often told, is for kids. People tell us it’s not real (my brother’s response that he’s sure he hasn’t imagined it, often silences this claim). It is a conundrum to many: why would adults, professionals, management types be interested in that?

So what does make wrestling so appealing to responsible people who apparently should know better? In no particular order, here we go… 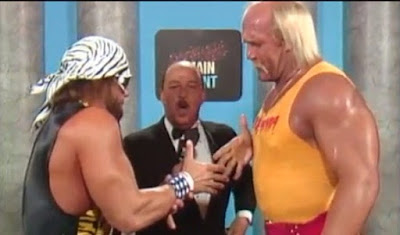 When wrestling is bad, it’s panto. But when it’s good, its theatre, Shakespeare for the masses. Many sophisticated types might scoff at that but some Shakespeare is just ridiculous: really how clever is A Midsummer Night’s Dream with its weird little fairies and donkey men? I’d take the yearlong build to the Mega Powers exploding over that. Hell, I’d take Vince McMahon with his arse out in Madison Square Garden over that.

Arsene Wenger once said that “football is an art, like dancing is an art - but only when it's well done does it become an art”. The same is true of wrestling: the best stories, promos and matches become art in my eyes. Watching a performer grow and reach a certain level is captivating: as they hone their craft and perfect their skills, they become more than an entertainer, they become an expert practitioner. I’d argue that in the last year, John Cena has gone from kid friendly superhero to respected veteran because the sense is that he has developed his game. And just as London has the Tate and Tate Modern, wrestling accommodates contrasting tastes: whether it be Mick Foley vs Randy Orton in a hardcore match or Will Ospreay and Marty Scurll tearing it up in a back and forth high spot war, the complexities of wrestling, its combination of drama and sport, athleticism and psychology, surely demand at least a grudging respect.


So I said that when wrestling is bad, it’s panto. And sometimes, that’s no bad thing. At a PROGRESS Wrestling show a couple of years ago, I saw Grado and Mad Man Manson re-enact Titanic halfway through a match. I wouldn’t call this art in itself but it was funny and the crowd certainly enjoyed the moment. And funny is good. Chris Jericho’s current act is at least half-way house between panto and theatre: yes, the slow build to the end of his friendship with Kevin Owens is the trademark of a strong narrative structure but his promos are over the top and all the better for it. Sometimes, we are invested in the drama of wrestling and delight in the blood and fury of a combative feud. But sometimes, we just want to be entertained so give us some funny. As long as it isn’t boring or offensive, wrestling can’t really go wrong.

We don’t have to take it seriously.


If you’re under 18 and reading this, you need to know something. Life is hard. Work is tough, the responsibilities of being an adult can be all-consuming and the news is just terrifying. We need to be able to switch off and football doesn’t achieve that: Arsenal games have caused me more stress and anxiety than 10 Brexits. With footy (or other competitive sports), the result matters too much: it can get in the way of the spectacle. That’s not an issue with wrestling: we know its pre-determined so the result doesn’t matter. We can just enjoy the show, its intricacies and its melodrama for what it is. I equate live wrestling to be as close to watching a gig as it is a football match: there’s a sense of inevitability and security, knowing you’ll see something familiar and comforting; maybe some new material but plenty of old classics. No stress- just a performance to immerse yourself in. 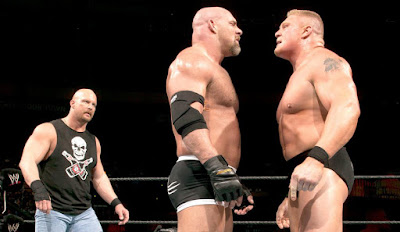 This is a big one for me: again, this may be to escape a dramatically changing world or to alleviate the pressures of adulthood, but isn’t there something re-assuring about revisiting your childhood? It’s just so easy to do this with in wrestling as opposed to other interests. Dennis Bergkamp will never play for Arsenal again so I can’t reconnect with my younger self by watching him grace the field in a way that wrestling enables me when Goldberg steps back in the ring. The stars of our youth have never really left wrestling in a way that they do in real sport: when an ex-player returns to a club as manager in the sporting world, they are transformed, both physically and in their role and demeanour. In wrestling, our childhood heroes are still presented as the supermen they were way back when: 2016 Goldberg doesn’t look much different to the 1998 version. And has Hulk Hogan really aged between 1983 and 2016?

Why wrestling? Because it’s both art and disposable fun. Because it is both drama and comedy. Because it is, first and foremost, about enjoyment, valuing performance over results and evoking nostalgic feelings of joy. Because it has given the world The Rock and one of the biggest entertainment dates on the calendar. Because it is something I’m already passing onto my son- now through old Hasbro figures; one day through live shows and road trips. Come to think of it, why don’t more people like wrestling? I’ll have to ask the boss… 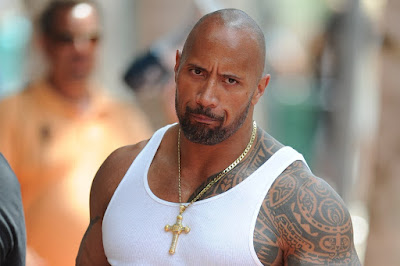