Opinion: Cody and BULLET CLUB - Who Could Benefit More From This Partnership? 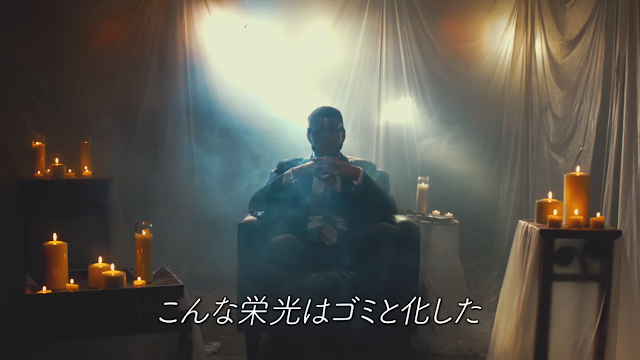 Bullet Club members are becoming as common as NWO guys were back in the nineties as this weekend we were treated to our (not including associates such as Jeff Jarrett) 17th inductee, ‘The American Nightmare’ Cody Rhodes.

The former WWE star was revealed in a wonderful video package at the World Tag League final on Saturday and suddenly the wrestling world is once again humming to the sounds of Cody Rhodes and the Bullet Club.

Usually I would be weighing up whether this pairing would be a good idea or not. However, this just screams success for both parties and should give both Rhodes and Bullet Club a real jump start heading into the new year.

But who will have the better of it, will Bullet Club gain more by being associated with Cody’s huge independent name or will Rhodes be better off having paired with New Japan’s notorious faction? 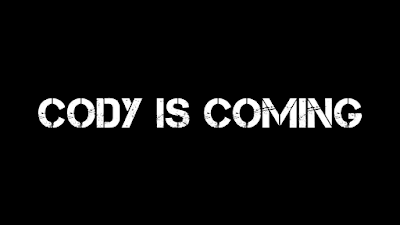 Firstly, let’s look at the Son of a Son of a Plumber, the Star that left them in the Dust, the Dashing one, Cody Rhodes. Back in May he caused a real stir as he departed the rough seas of the number one wrestling company in the world and headed towards calmer, clearer waters of the independent scene, TNA, ROH and now, NJPW.

I’ve always been a big fan of Cody. He has always had an interesting gimmick and successfully stayed relevant since making his debut in WWE; be it Legacy or Dashing or Masked, hell, even Stardust was entertaining at first. He’s a great worker too but his interesting personas and commitment to each role has always kept him interesting in the eyes of the fans.

This, to me at least, is what Cody has been missing slightly on the independent scene thus far, a solid gimmick that he can run with in order to tell great stories as he is often has in the past. As we know, a fantastic tale can turn a good match into a great match, just look at Ziggler v Miz this year, it’s been unreal stuff.

By joining Bullet Club he can represent them wherever he goes, adding a story to each individual match, more of a meaning to feud with different wrestlers and ultimately giving him a character to express himself within. He will still be the guy who broke the mould and left WWE, and will still be the son of the legendary Dusty Rhodes, but he will also be Bullet Club’s exciting new chapter.

Joining the team built by the man formerly known as Prince Devitt means Cody also arrives in New Japan as a huge deal. Yes, he was already known around the globe from WWE, but throwing him into one of the leading groups makes Japanese fans stand up and pay attention to him; he’s not arriving as another guy who has been in WWE, he’s arriving in one of the hottest heel factions on the planet, giving him instant momentum.

Finally, he will get something for his personal gain too. He faces Juice Robinson at Wrestle Kingdom but then he will surely move onto one of the names on his list, Katsuyori Shibata. These matches should allow Cody to show exactly what he is made of and could be the best fights he has had since he departed the WWE. I for one, am greatly looking forward to him acing these two and more; hopefully we get to see him collide with Kazuchika Okada, Hiroshi Tanahashi, Tetsuya Naito, Hiroki Goto, Tomohiro Ishii and many, many more during his current New Japan tenure. 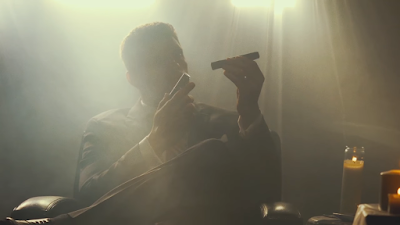 So how about BULLET CLUB? What do they, as a faction, gain from adding Cody Rhodes to their ranks?

Well firstly, I feel it is pretty safe to say that Cody is the most exciting of the recent additions to the squad; Adam Cole, Hangman Page and Tanga Roa are all building themselves up slowly under the Bullet Club umbrella but none of their reveals shook up New Japan quite like Rhodes. The video package reveal was something special, the stubbing out of the cigar on the Wrestle Kingdom logo was exciting and Omega telling us they ‘broke the bank’ to get Rhodes presents him as a truly sought after superstar.

Being a former WWE star obviously carries a whole heap of weight behind him already and as a result he feels like he a ready-made main eventer, despite only being in the company 5 minutes. And this is exactly what BULLET CLUB have been missing this year!

Sure you have Kenny Omega, who may be the most successful leader of them all given his G1 victory and his incoming Tokyo Dome headline spot versus Kazuchika Okada. But this year they lost AJ Styles and Karl Anderson who were both previous leaders, Bad Luck Fale is far from the force he once was in the land of Japan and they added the frankly laughable Bone Soldier (formerly Captain New Japan) just a few weeks back.

Rhodes can arrive, instantly raise the prestige of the faction again and easily establish himself as a co-leader, similarly to how Anderson acted under Styles and Devitt. This position has been unsuccessfully fulfilled since January following Omega’s promotion and, whilst Tama Tonga has stepped up another gear this autumn and Cole has been bought in, Rhodes truly feels like a higher level than those two; whether he will remain at this level remains to be seen but I’m confident in the man, the faction and the booking.

Last of all, being a heavyweight, he’s another guy who can represent BULLET CLUB at the highest level in NJPW and I wouldn’t be surprise if he adds to the notoriety of the group by competing in the New Japan Cup and even the G1 Climax in 2017. Furthermore, based on his list, he will likely come face-to-face with the aforementioned Shibata sometime soon, maybe even taking the fan favourite’s NEVER Openweight title back to the ever growing BULLET CLUB trophy case. 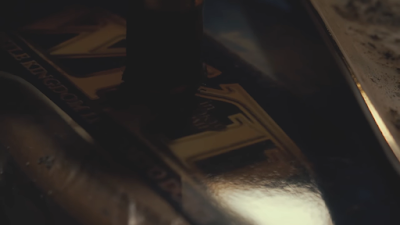 So, whilst Cody will gain a lot of bonuses to his independent career by joining the mighty BULLET CLUB I feel that, despite both being big winners, the club themselves are to gain the most fruits from this relationship. Other than obviously freshening up a stable that many fans think may be growing increasingly stale, BULLET CLUB will benefit massively by having a former WWE Tag Team and Intercontinental Champion in their ranks. He will bring leadership, he will bring drama and he will likely bring titles too; all of this, I’m sure you’ll agree, can only be considered a good thing.

I am so, so excited to see Cody break the Japanese scene in half and you too can follow the goodness, starting with Wrestle Kingdom 11 which takes place from the world-famous Tokyo Dome on January 4th 2017 on New Japan World. You’d be mad to miss it!