Opinion: Seasons and Structuring in Wrestling or 525,600 Minutes of New Content Every Week. 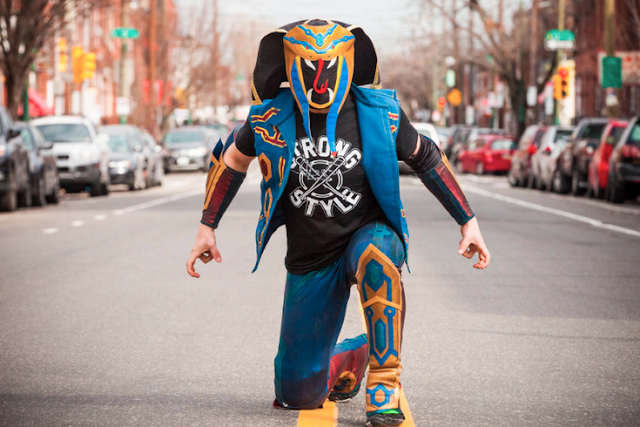 Recently CHIKARA (If you aren't aware of them, they're the closest thing Wrestling has to a Multiverse) began a bold structural experiment. Having presented their first sixteen seasons of wrestling, they jumped forward a year in their storylines to season 18, having written out some characters, changed some rudos to technicos and generally messed with everyone's heads. Simultaneously, they have begun releasing the secretly filmed episodes of Season seventeen which will explain away all of this and provide probably quite lovely goodbyes to esteemed alumnus like Drew Gulak and first female CHIKARA Grand Champion Princess Kimber Lee. What's amazing here is I can find no other promotion that has broken the real passage of time in the universe, even pre-taped shows like NXT or Lucha Underground (mostly) pretend that they exist in that week. So why has it taken this long for someone to actually bend the rules of time itself for storytelling purposes? Probably because an indie like CHIKARA can get away with such experiments in ways that WWE never can because they put on one, maybe two shows a month where WWE are producing so much damn content, I don't think even Vince has time to watch it and we all knows he's an immortal Highlander.

Do you remember when RAW and Smackdown did a WWE Season Finale? No, well they must have done, they had a Season Premiere and that had...stuff happen. I mean, Sting wrestled his first two matches on WWE TV (in tribute to New HOF-er Teddy Long, I should mention it was a DQ win against Big Show thanks to Seth Rollins' intervention leading to a tag match of Sting and John Cena vs Show and Rollins, playa.). But they had their Season Premiere so they had a Season Finale right? They wrapped up all their stories and started new ones, all the questions were answered (as normal, like The Simpsons of graps gags, Kayfabe News already made this joke. A year and a half before the Season Premiere). No, it was, surprisingly, an attempt to sell RAW as 'big' TV in middle of American Football season, but it highlights the differences between RAW and Chikaratopia or Lucha Underground.

I've long described Pro-Wrestling to people who are dubious as an insane musical Telenovella but all the songs are partially choregraphed fight scenes and really nowhere is that truer than with RAW and Smackdown, they are Soap Opera both in the sense that the storylines are blown away and often swallow up all potential subtlety that could be invested into them but also because they never. Ever. End. Where LU uses its limited time to tell a deliberate story, WWE is an ongoing, all encompassing media empire. When a feud ends, it has to feed into whatever's next for the performers, there is no downtime in which to let things build up and make plans, especially as the injury rate isn't slowing down and if you try to plan too far ahead, there's a likelihood all the intended performers could be out of action before you get there.

But is this necessarily a bad thing? All stories have an appropriate length, Macbeth works because it is a contained narrative, Breaking Bad was intended to be five seasons and it didn't need to continue from there, not that I'm complaining about having Better Call Saul which for my money might be better but that's an article for my other day-job. WWE needs to be a shark of a conglomerate, constantly moving, making its plot-lines link into its other media, it wants you to know that while you're watching that when you're done, that it's not over, that you could go and watch a classic episode of Smackdown it references or you could go and see whether there's any reflection of in-ring feuds over on Total Divas or you can go and work out which demographic Holy Foley is aimed at (the demographic in question is Sado-masochists). There has to be a Frank the Clown fan out there somewhere right? No, I don't count Noelle, that's cheating. I digress, the point is that even if it feels like there's sometimes a tossed-off at the last minute quality to the endings, that's because they don't have enough time to provide anything more than the ending being 'one person wins, one person loses'. But that is the nature of soap storytelling, there isn't the time to devote to conclusions and epilogues because that's not the intention of WWE TV. It isn't binge-watch TV where you would sit and watch it all day, it is 'The Longest Running Weekly Episodic Television Show In History', it isn't something where they want you to have been watching since the beginning, it's something that aims to catch new fans every week, to make itself available to any random viewer who tunes in on a whim, it wants to catch the casual viewer and the hardcore, it wants you to stay tuned in after Smackdown Live for 205 Live and Talking Smack because it wants your attention but it doesn't demand that you devote more than the prescribed weekly time to it. 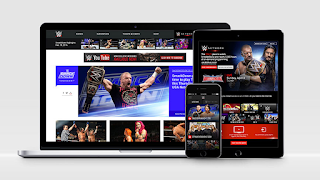 Which, to play devil's advocate, is not to say it couldn't benefit from taking a more seasonal approach. Imagine if they positioned WrestleMania as the Season Finale and then took a month or two's break to let the dust settle before it continues. Yes, I know what you're thinking; 'but what about the Post-Mania RAW? That's where all the surprises really happen'. That is just really ridiculous. WrestleMania is their biggest show of the year, it should be the culmination of all the chess moves over the year, it should be their check-mate but instead it seems like big stuff happens but then the actual storyline resolutions happen the next night instead. That's a Lord of the Rings level of dragging out the ending. Look at what LU are doing, what Chikara are doing, what even other critically acclaimed indies like PROGRESS are doing and you'll see that leaving space allows for more intention and impact. I'm not saying they'd have to shut down House Shows even for that time but just allowing for a re-set period would give them the freedom to plan ahead, to really think about how to make an impact, to avoid the holding patterns of feeling like we're going to just see the same four or five people doing the main event for a while. It would also make WrestleMania feel more significant as it would become an event, as it is, it's the biggest show they produce but then the next night, it continues. Structurally, there is no logic to what happens because there are generally no consequences beyond the immediate. If you look back to Survivor Series, there was a big build surrounding the consequences of either brand losing, on RAW Stephanie McMahon threatened to fire people if they lost, on Smackdown The Undertaker basically said he'd murder them. Yet the following two nights post-SS, the only punishments were that all these professional wrestlers were put in wrestling matches. Literally, their punishment was to do their job. That explains perfectly the lack of forward thinking of the structural style of WWE because they always have something happening the next day, there's no time really to think ahead. In short, Wrestling moves pretty fast. If the WWE don’t stop and look around once in awhile, they could miss it.

I don't want to end this article on a down-note (not just in the hope that a certain Mr. Levesque is reading and likes what he sees) so I will say that, I'm not trying to say there's no forward planning at all in the 'E, I mean look at Monday's almost certainly soon-to-be legendary Festival of Friendship. Since SummerSlam, the development of the story of Chris Jericho and Kevin Owens has been one of the few remaining lights of RAW for me and the build towards this has been stellar, it's not only a fantastic segment but sets up perfectly for building to what comes next. But because I lied, time to end on more of a down-note as I say, this is an aspirational point for all of WWE's attempts at rivalry building to equal, give things more time and don't rush through everything. WWE, you have all the time in the world and you seem intent on using all of it to produce as much original content as possible. Don't always worry about trying to make history, just try to tell the stories you have as well as you can. Also viewers, if you're annoyed about there being too much going on in the WWE Universe to follow all of it and you feel it's getting on top of you, you could do a lot worse than to try out Chikaratopia for a change of pace. 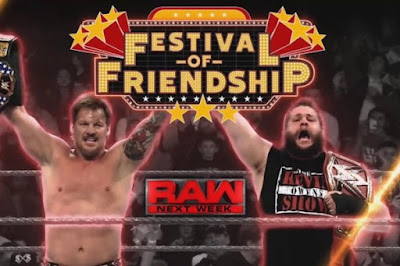