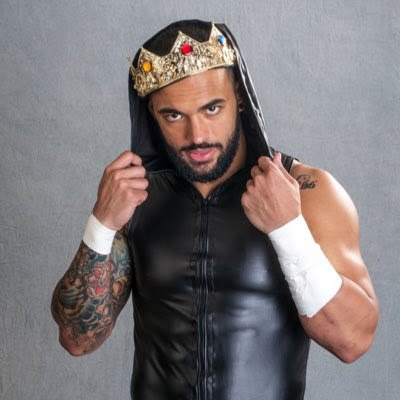 Recently, he updated it but for the longest time, Ricochet's Twitter biography read 'Yo, this is the official Twitter of The Future of Flight, King Ricochet. I also play a Prince on TV'. Not to give away trade secrets but the Prince in question is Lucha Underground's Prince Puma. Yes, I know, you're shocked, I thought it was Mickie James this whole time too. The reason I'm telling you all this is that it is faintly fascinating to see someone acknowledge that within the world of wrestling, they are playing multiple roles, let alone the question of what it means that a King is playing a Prince, what has the monarchy come to? Ever since 10th February 1989, the world has had to accept one simple truth: wrestling is not real, it actually happens, people can actually get hurt (see my earlier article on Seth Rollins' WWE24 special. WWE clearly has from the way they've been booking Seth recently) but it is fundamentally a story built for the audience's entertainment, it is a manufactured reality built to resemble the idea of an actual sport but both ramping up and simplifying the story in order to make it more satisfying (For an example of the benefits of this, look at the 12th March edition of Robot Wars, the climax between Cherub and Eruption was how the David and Goliath narrative fails in reality). Not that the people in the ring aren't wrestlers but they are people playing characters, they are people with lives outside of the show and other things going on. I don't know if you knew that Maryse was an estate agent for time between WWE runs and also has a jewellery line. See, rich lives.

Probably the most prominent display of side-projectry, in the WWE at least, is UpUpDownDown, the YouTube gaming channel of Xavier Woods/Austin Creed and friends. Within the grand tradition of 'Let's Play' channels, not much happens on there beyond Xavier plays video games, sometimes on his own sometimes with others and occasionally opens subscription boxes and other nerd stuff. Now if you watch The New Day in their promos, it's of no surprise to anyone that the bunch of them are nerds with the amount of reference comedy that they fit in but it's interesting watching the channel as a parallel narrative to the one presented over RAW, Smackdown: Live and NXT. You see there are also rivalries over on UUDD, it's not as clear cut as face-heel dynamics as these are what we call 'real people' but anyone who's watched the one-upmanship between Rusev and Cesaro in their never-ending Ping-Pong battles knows that there's something fundamentally compelling about seeing people whose job it is to make their disagreements seem like life and death just do things because they're bored and want to have a good time. Except for The Miz, to him everything is very serious and it's not entirely clear if he even has a gimmick any more or if Mike Mizanin is dead, long live The Miz (unless he's what was in that lockbox, we didn't consider that).


It is worth noting that Xavier is not the only one with a YouTube channel: Kenny Omega is an internationally regarded Street Fighter player, The Bella Twins have a constant stream of inane content, Emma's Taste of Tenille perfected the cooking show and introduced the world to the wonders of MuscleEgg, by expanding their 'brands' to include interests outside of just their day-jobs but still to an extent keeping it to normal people interests like video games, cooking, whatever it is the Bellas are doing, it makes the performers more relatable and as a result, it endears people to their characters. No one gives a shit about Titus O'Neil but if you see him having a good time playing some video games, maybe you'll give him some slack and think 'hey, he's not that bad'. Bad example, because he is that bad. 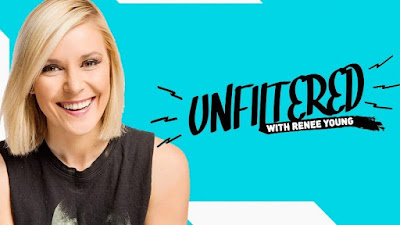 It's hard to work out how many Renee Youngs' there are. There is of course Smackdown and Talking Smack's Renee, but then there's also Total Divas's Renee, Unfiltered w/Renee Young's Renee but then there's also her podcast, Regular Girls, co-hosted with fellow Canadian, comedian and YouTube star Stacy McGunnigle, which seems to float back-and-forth between her being Renee Young or Renee Paquette. Slowly all these Renees seem to be converging in a somewhat Rick and Morty-esque manner but while personality-wise they retain similar traits, it's hard to explain why the woman who hosts a talk show where they interview murderers and arsonists also wants to talk at length about the virtues and difficulties of wearing leather trousers (far more fascinating than I can make it sound that second one). While I enjoy both sides of the coin, Regular Girls is one of the few podcasts left in my weekly rotation, it could be seen by some as trivialising the main product in that really, everyone should be terrified of Randy Orton right now, he is literally guilty of a few different crimes this month but there's never going to be an outcome where that comes up in storyline.

It's a commitment to having the cake and eating it, WWE want to both present the exaggerated theatrics of the wrasslin' and have the fun behind-the-scenes stuff like Unfiltered but they want this all to be the same person. This isn't the Indies where you can have The Young Bucks winkingly using 'insider terms' during their 'Being The Elite' travel diaries, this is a big self-enclosed universe that seems to not understand the divide between character and performer. As much as I malign the notion of referring to WWE superstars by their Indie names, perhaps if they're being interviewed behind-the-scenes, something as simple as using real names for some sequences and character names for others could help explain who they're actually talking to. If you look at the otherwise wonderful Breaking Ground series, a show that really explained the hardships of the developmental system in a simple but brilliant way, its issue is a commitment to pretending that despite showing William Regal working with people on their character, that the fights are real and the outcomes undetermined. You can't try to present a 'warts n' all' view of something and then try to just put make-up over something that is just a blank patch of skin. We want to know about the real lives of performers but we also want to believe that after the cameras stop rolling, those characters still exist in our world.

Maybe I'm thinking too much into all of this, I mean, it's just a bunch of sweaty men and women not-punching each other right?