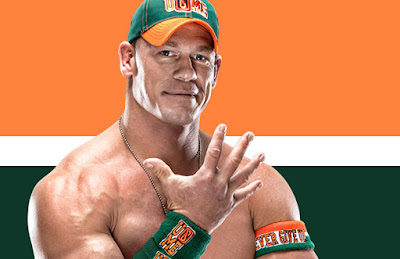 I had just turned 20 when John Cena debuted on WWE television, wrestling Kurt Angle on June 27, 2002. Over the next few years, Cena’s ascent was rapid, quickly progressing from promising young talent with a knack for rapping to perennial WWE champion who saluted a lot. As his rise to the top unfolded before my 20-something eyes, it became apparent that I wasn’t his demographic. As a young adult, I just couldn’t embrace the John Cena character. Whilst I never hated him and didn’t boo him with malice at live events (truly no Cena win would have made me consider rioting), I did find myself almost always cheering on his opponents and joining in with the odd round of “Cena Sucks” chants. I acknowledged his good matches but seemed to notice his bad ones more: he had to go some way to secure my approval.

But now, in my 30s, things have changed. I really like John Cena now; hell, my twitter handle pays testament to my change of heart. Part of the reason for my realignment of opinion is age: as a kid I had Hulk Hogan, a living, breathing cartoon character; through my teenage years, I was fed a diet of Stone Cold and The Rock; but my 20s were lacking an iconic figure to attach myself to. I wasn’t ready to say goodbye to the Attitude Era so this  All-American golden boy act wasn’t going to cut it. But now, as a father looking forward to taking his kids to live shows, I get the Cena character and see its worth. My generation, who have grown up with the WWE, are ready to embrace this former pariah as we joyfully enter an exclusive class of the Cenation: the parent’s enclosure. My toddler even hums “My Time is Now” whenever he plays with his wrestling figures. Now that’s being over.

Cena’s recent acceptance by the (bulk of) die-hards is about more than just us growing up and having kids. He has proven himself by forging an undeniable legacy. Not only is he the most over performer on the roster, he is the best all-rounder: his promo work can only touched by The Miz and Paul Heyman and his in-ring credentials have been confirmed by a back catalogue of matches that defy the lazy “you can’t wrestle” chants. He has earned his place as one of the biggest stars in the history of North American wrestling and as he begins to slow down the schedule and go Hollywood, here’s a look at the best, and indeed the worst, of the career of John Cena. 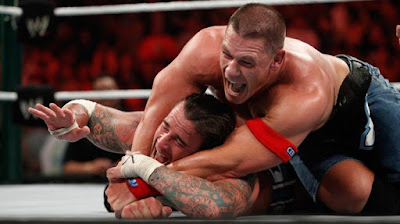 The atmosphere was electric, the Chicago faithful’s fervent enthusiasm maybe second only to the Calgary crowd at 1997’s Canadian Stampede in terms of the most passionate audiences of all-time. Furthermore, the stakes were as high as in any match of the modern era; the matter of who left with the WWE title that night felt legitimately significant. Of course, the presence of the red hot CM Punk in his hometown was crucial but he couldn’t have created this magic with anyone but Cena. An epic tussle that combined great storytelling with impressive wrestling, Cena may not have executed each move or exchange as smoothly as Punk but it mattered not: this was a thrill ride that has yet to be matched for drama since. 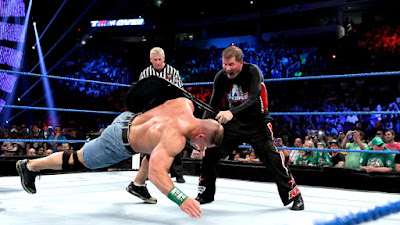 Big match John vs Big Johnny: what could go wrong? Well, everything: the promos building this up were awful, the “action” was the weakest attempt at comedy and the pay-off was the annual Big Show heel turn. Seriously, this contest was so bad that now, years later and with the two brought together by their shared passion of dating Bellas, I hope their post-dinner cigar sessions involve them sheepishly taking time to lament this trash.

Honourable mention: vs Great Khali (One Night Stand 2007), vs The Miz (Wrestlemania 27). 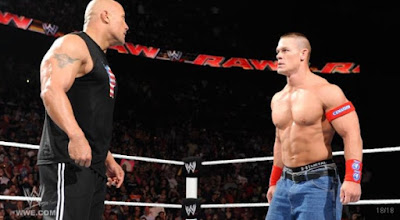 I toyed with the idea of Cena vs Punk here; certainly, if Punk were the focus of this piece, I would suggest that his best WWE feud was with Cena. However, Big Match John had a programme of such significance that it could not be ignored: his rivalry with the Great One.

A brilliant two year story was told: it started with The Rock returning to confront Cena over his part-time digs (oh the irony); then there was the run-in at Mania 27 leading to the announcement of the dream match a year in advance; the unlikely tag-team partnership at MSG; the blistering promos in the run-up to Mania 28; the Rock’s dramatic hometown win; Cena’s quest for redemption leading to a Rumble win on the same night the Rock lifted the title; and finally, Rocky returning the favour at Mania 29. Their first bout was decent, their second very good but this will be remembered less for the moves they exchanged and more for the moments they shared on the microphone. Commercially and critically, this was a smash. 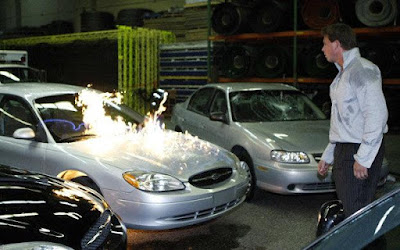 The 2005 feud between Cena and JBL was okay: their Mania bout lacked genuine heat but they redeemed themselves with a bloody I Quit match a couple of months later. No real harm done, both men could move on to more fulfilling endeavours as their careers progressed. For a few years at least…

When they went back to the well in 2008, they found it bone dry. They had a boring, pointless match at Judgement Day, fought again at One Night Stand in an underwhelming First Blood match (fake blood klaxon) before finishing this epic waste of everyone’s time at the Great American Bash with a New York City Parking Lot Brawl. That’s right dear reader, the old NYC parking lot gimmick, which fortunately died along with this feud. For the real indicator of how bad this dispute was, consider this: it involved Cryme Tyme. 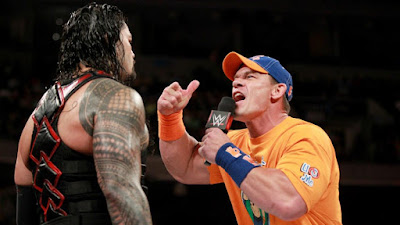 Poor Roman...in a few years I’ll write an article about how unappreciated you are. But right now you occupy a position John knows only too well, that of the heavily pushed main eventer overcast by the shadows of more respected veterans. Back in 2006, ahead of their WrestleMania 22 match, Triple H roasted Cena on Monday Night Raw, mocking his move set and his character with outright glee. Fast forward to 2017 and the roles are reversed with Cena revelling in his role as the proven elder statesmen, daring his younger charge to step up to his level. The promo had exemplary delivery and perfect balance: the right mix of humour and edge and enough kayfabe for the casual fans to compliment the ‘behind the curtains’ references aimed at the smart fan. Some said that Cena went too far and buried Roman here, just as they had claimed Hunter had done 11 years ago. Cena recovered; so too will Roman. This promo achieved its sole purpose- to hype up a big time match that could define the landscape for WWE for the coming year. 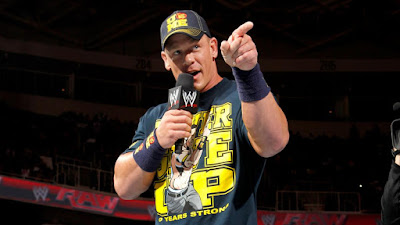 Cena’s promos are at their worst when the focus is on pandering to the crowd rather than selling a concept, putting comedy over substance. Don’t get me wrong, the man can do funny (see the next pick) but his material (or at least that of the writers) can also bomb big time. This promo, supposedly designed with the purpose of putting over the upcoming Rumble match, saw him interact with fans at ringside, joking about Taylor Swift and video games, rather than promoting possible challengers in said Rumble match. The fact that his performance garnered heat backstage- likely because Cena squandered the opportunity to entice more PPV buyers and thereby lost dollars for the boys - says it all about this below par effort. 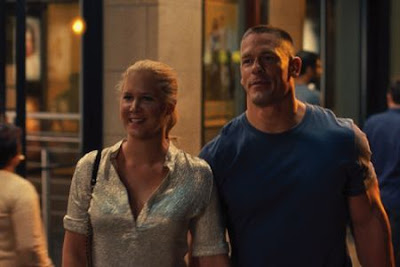 A hit with critics and audiences alike, Cena plays his role perfectly here. As the strongman with equally powerful emotions, he bares all (save for creative use of his towel gimmick) and throws serious shade at Mark Wahlberg, despite Marky Mark basically being his rap/acting sensi. Good work John. Four stars. 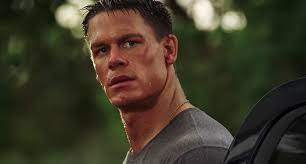 If my opening paragraph, didn’t age me enough for younger readers, try this on for size: over a decade ago, I walked into town to rent this film on DVD from the local Blockbusters. Once you’ve put ‘DVD’ and ‘Blockbusters’ in your Google machine, you’ll fully appreciate the titanic effort I made to watch this back in the strange, alien era of 2006. These efforts were frankly unnecessary, the whole pursuit a needless misadventure as the film sucked. Cena tried too hard, the more experienced actors didn’t try hard enough and there was an unforgivable lack of puns to accompany the underwhelming explosions. One star.