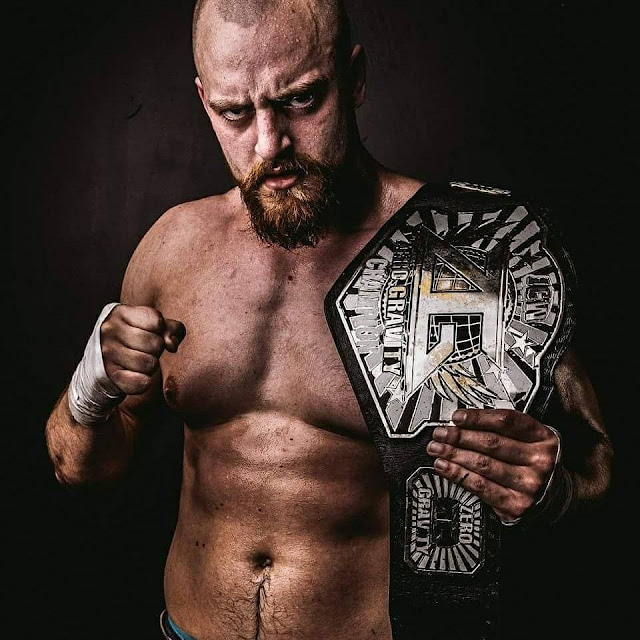 On Monday 8th January 2018, Across the Pond Wrestling was invited to a Press Conference to announce some big news about the forthcoming UK tour and weekly live shows being produced by 5 Star Wrestling, in conjunction with the digital TV Channel, Freesports. While at the event, we had an opportunity to speak to a man who if you know the UK scene, needs no introduction, a former ICW Zero G Champion, A former Futureshock Champion and one-half of the current Progress Tag Team Champions: Liverpool's Number One, Zack Gibson.

In the press conference just now and before, you've spoken about the need to bring in Imports to get in the casual audience but also the need to champion British Wrestling first and foremost, do you see that as the biggest aim coming out of 5 Star?

Yeah, pretty much I'm very outspoken about such things and mostly I just say what I think and it's started resonating with fans. I've taken this on as my own, little personal mission to make sure that all the boys are getting together. In the Q & A earlier, someone got cut off in the middle of asking about comraderie amongst the British lads and of course there is, we all wrestle up and down the country and are in the same or similar locker rooms day-in, day-out, throughout the year so of course we have comraderie and especially when it's a tour like this that's ambitious, 30 arenas back-to-back and three hours of live television a week and coming out of nowhere, not just starting with one hour and seeing how that goes we're just going arenas straight away, 3 hours straight away and that's a massive opportunity and we've got to make sure it benefits our lads. We've got something of an unofficial union and we're trying to make sure it's the right guys that get seen and as someone who's become a bit of a voice for the company, not the only voice but one of them, purely because they like the way I talk so I've been used for a bit of the press, with that direct link to the office, I've become a voice for the performers to the office and with Americans on the show, it's one of those things that divides between us, with wages, I'm sure you've heard this one million times before, it's not news, but someone like a Rey Mysterio is going to get paid more to come over, but he's coming to the British scene, that's what's hot at the moment, that's why they're coming here. It is something of a necessary evil. We need those names to connect to the mainstream audience who don't know us and haven't taken a chance, they'll take the chance on Mysterio or Rob Van Dam but when they come in, they'll see the young, hungry British talent that we have to offer and that's what they'll stay for and write about and follow through the shows. We need the big import names right now but a year from now, I hope it's going to be a very different story. Hopefully, 5Star is going to be the company to get us there. It's already changing, I went to New York and Boston with Progress and we were the imports, the stars, the American fans were going past their talent to talk to us so it's happening, it just needs to happen here on a national scale and hopefully this is the company to do it. 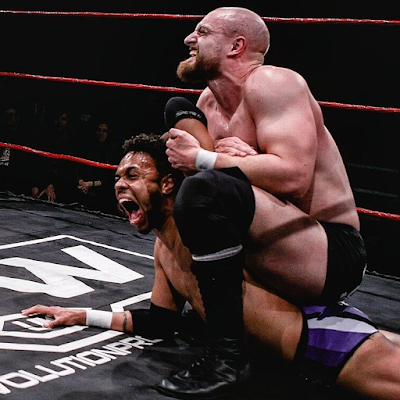 Having been part of ITV's World of Sport Special last year and ICW's Fear and Loathing show, you've done arena shows and television shows before, do you think that gives you an edge going into this venture?

Definitely, as far as experience goes for this, we've picked certain teams of lads that have some experience for this. I've already done TV for ITV and NGW but they were all pre-recorded so going live is new for me. I got kicked into a Christmas Tree on Good Morning, Britain but I don't think that counts (laughs). The arenas, I've already wrestled in them, I've already in fact wrestled for 5Star at the Echo Arena but you know, on that kind of larger, grander scale, it's going to take more than just good wrestling and that's where the passion in the British locker rooms is going to come into play, we're all hungry and we want this and people don't just want to see smooth sequences, they want the passion and the emotion, that's what sells at an arena level. Well, we don't know if you'll get that from the superstars but you'll certainly get it from us. 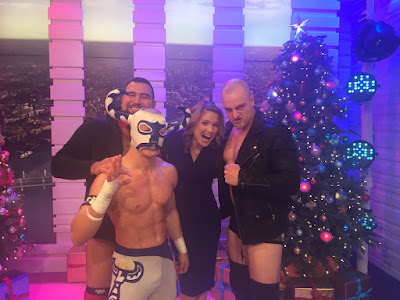 So the Zack Gibson character, Liverpool's Number One, it's not a stretch to call him a villainous character, are you worried that this campaign of championing British wrestling and delivering passionate performances that if confronted with an import talent who's just cashing their cheque, that you could end up accidentally becoming a fan-favourite?

Maybe but I'm very good at what I do (laughs), I'll find a way. No but it's a consideration and modern wrestling is very different and it's constantly changing, if you look at something like Batman, especially the Christian Bale films and Heath Ledger's performance as the Joker, he's the one that everyone's talking about, that they're buying the T-Shirt of, that they're dressing up as. The game has changed, it can't just be black and white, you have to expect that there'll be those who do what you want and cheer the faces, boo the heels but then there'll also be those that just cheer on the performers they enjoy and that's just the way things are changing and we've learnt we have to adapt to it. 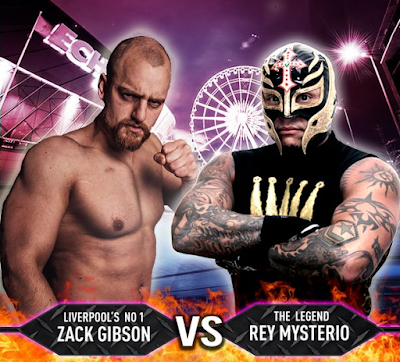 So we know that not just colleagues but friends of yours like James Drake who's been part of the WWE UK scene and Jack Gallagher who's on 205 Live have either begun to or made the move to WWE. Is making it to the WWE a goal of yours or do you see the UK as beginning to present enough of an alternative to that?

Of course, when I started as a professional wrestler, my goal was the WWE, I think everyone's is and I don't think that will ever go away, I want to wrestle there, it's the best wrestling in the world, of course when I say that, it's because they've collected the best wrestlers (laughs) but I still want to get there, I'm still pushing for that but I haven't got blinkers on, I know it's always a long way off and if other opportunities present themselves, I want to take them and there could well be something to rival it, it could even be this if it takes off the way we want it to, the way we planned it to, you know, fast forward two years, ITV might come knocking again and we might have another new alternative, you just never know, the industry changes so fast but Ive gone on record to say I'd love to wrestle for the WWE, they are still the standard bearer and you see the British influence coming in more and more and I can see my spot there, I can physically see it. There's an outline and I can see how there's a spot I could fill, as you say, some of my friends are already there, I was at Jack's wedding and guys like James Drake, I couldn't be happier to see them succeed and hopefully one day, I'll join them. 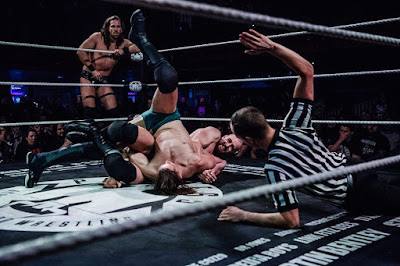 You've performed for a good number of different UK companies: We already mentioned ICW & Progress but there's also groups like Rev Pro and Futureshock, a lot of these companies have their individual thing, what do you think makes 5Star unique, what can they offer that's different to an already stacked UK scene?


I think what's different is it is for the mainstream audience, you've got guys like me and Eddie Ryan but then you've also got Rey and Jake (Hager, FKA Jack Swagger), it has that cross-appeal. Other companies, even the bigger ones, have quite a niché appeal but ultimately, 5Star's style has yet to be defined, I can't necessarily answer that question yet. With Progress, they are punk rock pro-wrestling, you rock up to their show and you know what you're going to get and that's why they're so successful because what they put out is so incredible but it's also got this cohesion of style, ICW have their hardcore, almost ECW-throwback style, you know with them what they going to get. With 5Star, you're certainly going to get a big variety to the shows, you'll get high-flying, heavyweights, comedy, you'll get everything but it doesn't have one thing that defines it yet but two-three months down the line, that might be clearer. What will set us apart is that it can appeal to a bigger audience. It can bring a load more eyes on the British scene, people might come to one of our shows having never watched an Indie show before and go away and explore all the great wrestling that's out there and with us at the helm, we're not going to let this opportunity for the British scene pass us by and that can only be a good thing.