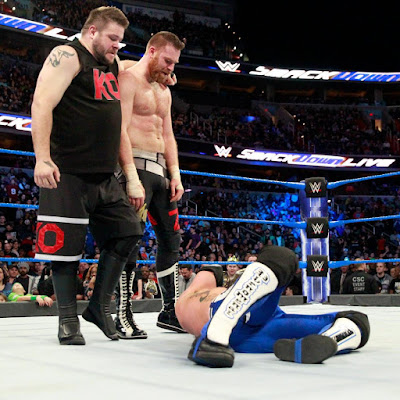 This week's SmackDown Live came to us from Washington, D.C., the same city that bought us Battleground 2016 and Backlash 2000! It was also the go-home edition before one of WWE's biggest shows of the year, the Royal Rumble, so it had to be good? Right? 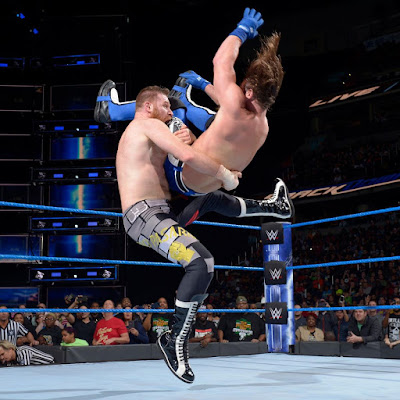 Lets with some positivity here, because I'm aware I can be a grumpy fucker at times. The match between AJ Styles and Sami Zayn was a bloody good television contest, featuring some world-class exchanges between two of the smoothest wrestlers around today. Driven by Zayn having to attack Styles to break up a Calf Crusher on Kevin Owens, the bout had energy, especially in the final third. The gear change bought a series of exciting exchanges, with seemingly flowing like water at points, as the two went back and forth at pace in action that wouldn't have looked out of place on a PPV. The two also deserve commendation for their selling throughout the match, whether that be of the effect of the physical action and big moves, the frustration of not being able to put their opponent away and the dislike they shared for each other, it all came across clearly and gave depth to what could have been another throwaway clash.

So onto some negativity, because there were a couple of things to moan about here. The main thing is that it is very difficult to work out who is supposed to be the villain within this storyline. Styles holding onto the Calf Crusher after squashing Owens made sense, the Phenomenal One looking to gain some kind of advantage for Sunday's Handicap match, whilst also offering up a potential get out of jail card for Owens when his team takes a loss at the PPV. Yet, having Styles repeatedly assault KO when he was being seen to by medical staff, including pushing him off a stretcher, seemed out of character and almost uncomfortable to watch. This being added to Styles initially asking for the handicap match and then asking to face Zayn and Owens back to back, only to try and get out of both matches, creates even more of a grey area. Surely, a top babyface is supposed to be a man of his words and certainly shouldn't be one to backpedal on a challenge? Add Shane McMahon and Daniel Bryan's ambiguous storyline into the mix and you've got even more of a mess of a storyline, where I've got no idea who I'm supposed to be getting behind.

The segment that set up the main event was the weakest part of the whole affair. Kicking off the show, this was bloated, sluggish and unnecessarily long for what should have been an easy set-up. There really was no need for this segment to go on for almost fifteen minutes and it only served to put on spotlight on the distinct lack of chemistry between AJ Styles and his two current rivals. If it wasn't clear in the summer of 2017 that Owens and Styles have no connection as rivals, either on the mic or in the ring, then it's become blindingly obvious at the start of 2018. I'm not sure what it is, but things weren't helped by a number of long pauses where it appeared as it someone had forgotten their line. All three men are talented performers but are being under-served by the creative right now. To end on some positivity, I am loving the relationship between Owens and Zayn at the moment and the attention to detail that the pair have been putting into their characters and body language. 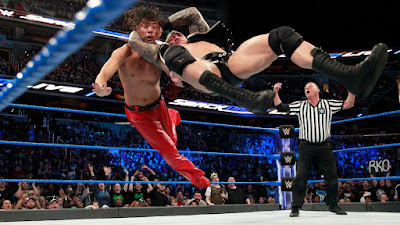 A good semi-main event match here, that I was close to calling one of Baron Corbin's best until the Disqualification finish. Corbin wanting to walk out so early in the match was a little lame, but once we got past that, Corbin and Shinsuke Nakamura put together some strong quality action. There were a couple of lovely sequences here with The Lone Wolf blocking a Kinshasa with Deep Six and Nakker's beautiful counter of End of Days into a rolling cross-armbreaker particularly standing out. The attack from Randy Orton just as the match was heating up could have been a little dissapointing, but seeing Orton fly from one side of the screen to the other and nailing an RKO on Nakamura was a great piece of television that I didn't see coming. The follow up RKO to Corbin was a nice little piece of set-up for the Rumble. The fact that Orton and Nakamura have been teaming up a lot recently got over the every man for himself element of the upcoming bout and it will be interesting to see if we get any further interaction between the two on the road to WrestleMania. 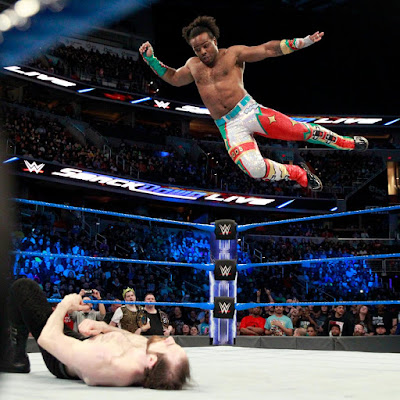 A fun six man tag match here, which felt mostly like it was about mixing the signature characteristics of New Day and Bobby Roode. The promo before the match was a good example of this, with the New Day trio combining with the new United States Champion for a humorous few minutes, including a cute build-up to Roode's "Glorious" catch-phrase. This continued into the match as after a Kingston face-in-peril run, it was straight into a fiery Roode hot tag and breakdown stretch, that concluded with a quad-ripping spinebuster of doooooomahhh and Wood's Home Run to English for the win. It was a shame that Rusev, Jinder Mahal and Aiden English felt a little like afterthoughts here, as they had a lot more to offer than being here to put over Kingston, Roode and Woods and with a little more time or tighter blocking could've offered up a match that would've remained a little longer in the memory. 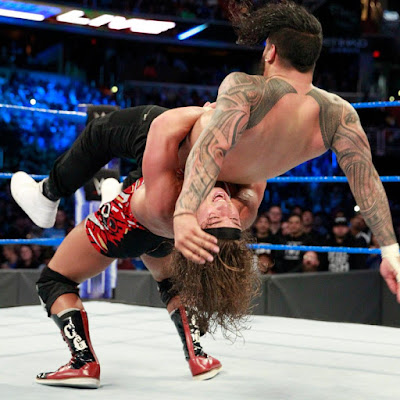 I like Chad Gable and I like Jey Uso, but this one way exceeded my expectations. Often these singles matches featuring two members of tag teams that are facing each other at the next PPV are relatively pointless exercises featuring some interference and a mild stare down, but this was actually a really good TV opener. During the break we were treated to some split-screen action that was mostly Gable working over Uso's arm and shoulder with different holds and strikes, which was followed up on after the break with Uso selling the injury for all the it was worth. Whilst it didn't play into the match here, it would make a lot of sense to carry the injury over to the 2/3 Falls match at the Rumble and base the story of that bout around the injury. The rest of the bout included some lovely tease and build to an Uso suicide dive and a sublime closing sequence with both men going back and forth before Gable was able to hit Chaos Theory to pick up only his second TV singles match victory. 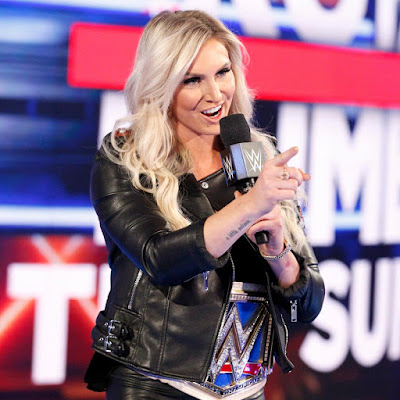 Because Women's wrestling is so important to WWE and not at all just a way of making Stephanie McMahon look good anytime she makes a major announcement, the only women's segment on the show received the least amount of time. The match itself featured very little of note, but had a good physicality behind it and featured a cool variation on the double stomp from Morgan. After Naomi picked up her first singles win since dropped the SmackDown Women's title at SummerSlam (yes her first win since AUGUST!) with a Sunset flip, things descended into general Royal Rumble build with the rest of the division (Natalya, Lana, Tamina, Carmella, Sarah Logan and Ruby Riott) taking turns to hit moves and throw each other over the top rope. The only interesting moment came when Becky Lynch attempted to chuck her pal Naomi over the top rope, only for Naomi to land on the apron, before they looked at each other awkwardly. Charlotte Flair headed out to close the segment with a promo about how it didn't matter who won the Rumble, because she'd beat the shit out of them at WrestleMania anyway or something like that. The build to the Women's Royal Rumble has been dire.


A highlight pack of RAW 25, set to Fall Out Boy's My Songs Know What You Did in the Dark, makes the show looks much more exciting that it actually was...Tye Dillinger discussed his entry in the Royal Rumble...


Overall, I found a lot to enjoy on this week's SmackDown, especially when it came to the in-ring action. I still can't get my head around the main storyline, but the wrestling portion of Sami Zayn vs. AJ Styles was very good, whilst Shinsuke Nakamura vs. Baron Corbin, the six man tag and Jey Uso vs. Chad Gable all featured some stellar wrestling at points and didn't outstay their welcome. The development for the Women's division is something desperately needs to improve as I still couldn't tell you what the Riott Squad are supposed to be or why WWE thought they'd put enough time and effort into the division to warrant holding a Women's Royal Rumble.