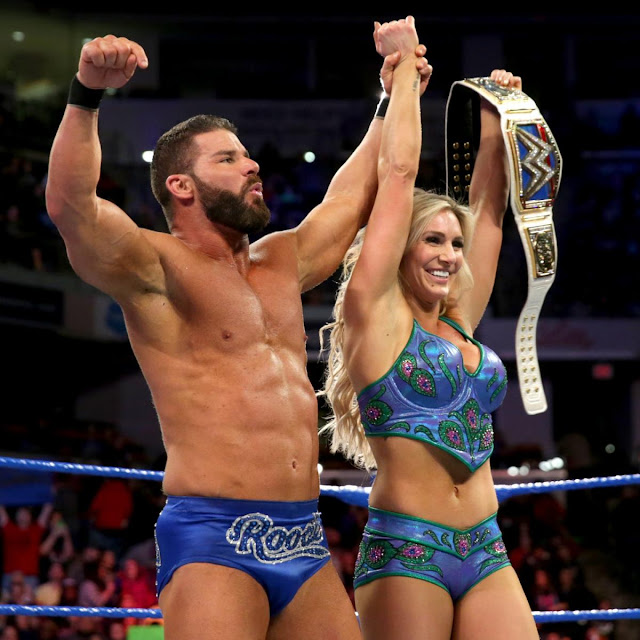 The quarter finals concluded on Mixed Match Challenge this week as Charlotte Flair & Bobby Roode took on Lana & Rusev. But how did it all go down in Indianapolis? Lets take a look!

Before the match - Bobby Roode & Charlotte Flair spoke about Rusev & Lana calling their robes cheap before promising it wouldn't be so funny in their match - Lana & Rusev replied with a promo most notable for Rusev being super close to the screen and doing a really weird "Woo" at the end - Before the bell rang there was a weird interaction that included the questionable moment where Rusev and Roode held their partners back when they wanted to scrap with each other. 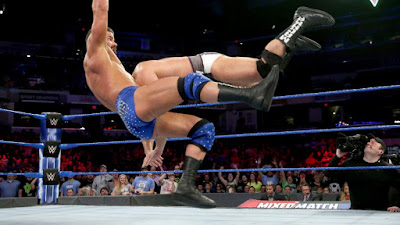 Not my favourite bout from the Mixed Match Challenge this week, as Charlotte Flair & Bobby Roode booked their place in the Semi-Finals, as Roode pinned Rusev following the Glorious DDT. This was another character driven bout, with most the action ranging from passable to awkward (pretty much anything with Lana), whilst the Rusev & Lana team came out as the most entertaining of the two pairs. This involved a lot of vocality from the husband and wife duo, including Lana getting the crowd riled up nicely by shouting "How dare you boo?!" and Rusev saying "Zoom in camera man" as he had Roode clasped in a basic rest hold, whilst its clear that the two have heaps of chemistry together. It was interesting to hear Rusev actually get some heat during this, as he's been super popular during the Rusev Day run, perhaps the fact that he'd competed earlier in the night meant that the crowd had got it out of their system by this point and were much more inclined to go along with the structure of the match. The crowd were pretty into it by the time of a hot tag to Flair and this produced the best wrestling of the match as Flair teed off with chops, before hitting a Queen's Boot that looked like it might have decapitated the Ravising Russian. The highlight of the match was a convincing near fall from Lana, who took advantage of Flair arguing with Rusev (after the Bulgarian had saved Lana from a Figure Eight) to get a roll-up for a long two count. Whilst the earlier portion of match between Flair and Lana was sloppy, my main problem here was with the finish, that saw Flair chopping Rusev to no avail, because Roode was downed on the outside, before Roode would eventually come to and nail Rusev with a surprise Glorious DDT for the win. I'm not sure what anyone gained from Rusev shotuing "It's not hurting me, Charlotte" and why WWE continues to use woman-on-man violence in the Mixed Match Challenge, when competitors are supposed to stay separate. I'm half expecting Rusev & Lana to win the fan vote for a spot in the semi-finals and have a rematch with Flair & Roode in two weeks time, but we'll see.


Also on the show

- The Miz & Asuka cut a promo on their semi-final opponents, that mostly consisted of Miz using Strowman's catchphrases and Asuka chatting away in Japanese.

- Braun Strowman and Alexa Bliss talked about their semi-final match next week, with Strowman telling Miz that when "these hands go up, your mouth goes shut" 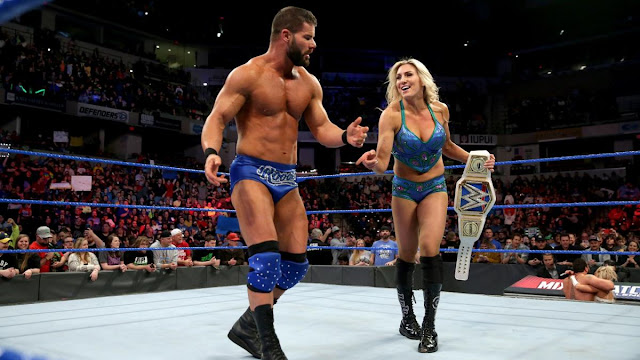