WWE's latest DVD and Blu Ray release see's the company take another look back at Extreme Championship Wrestling library in ECW Unreleased Volume 2. Now available for purchase from www.wwedvd.co.uk priced at £19.99 for DVD and £22.99 for Blu-Ray. The set takes us from October 1993 to September 2000, expect to see some of ECW's most familiar faces like Tommy Dreamer, Sabu, Bill Alfonso, Taz, Steve Corino and Rob Van Dam, alongside rare ECW appearances from Arn Anderson, Bobby Eaton and The Steiner Brothers! 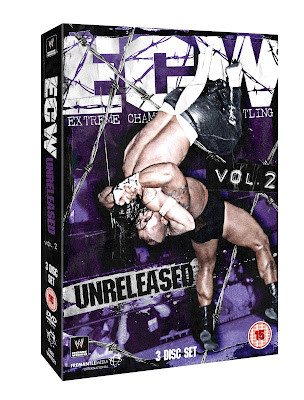 A good idea at the time

A Real Clash of Styles

End of an Era


Firstly, I'd like to point out that I haven't seen Volume 1 of the ECW Unreleased Series so I won't be able to make any comparisons between this set and it's predecessor. I have however seen a number of other ECW DVD's that WWE has produced since purchasing the company back in 2003, and have to say I was pleasantly surprised by this three disc DVD set. 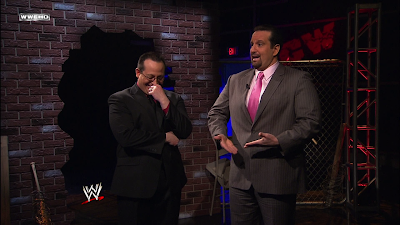 The set is presented by former ECW commentator Joey Styles and ECW Legend Tommy Dreamer. It's great to see Dreamer working with WWE once more, after a piss poor run in TNA. Styles and Dreamer work well as a pairing, and it's clear that the two get on well outside the studio as well, a lot of the time it feels like we're dropping in on two friends talking about how they used to live, which is a welcome change to the clinical feel of some of WWE's recent DVD releases. Styles and Dreamer not only give a good view of what was happening with ECW at the time, but feel balanced in their views, giving a good lead in for the match you are about to see. It's a shame then, that we don't see the pair before every match, as their insights into the feud always helps to bring the action to life for me.

What really stands out on this set for me was the variety of match styles that are presented. On previous ECW DVD's that I've watched, the focus has been very much on the extreme and hardcore matches. Whilst I'm a fan of these matches, watching nine hours worth of them does become a bit of an overkill, so I was pleased to see a sound mixture go into this DVD. Of course, you get your fair share of the Hardcore Brawls that ECW became known for with bouts like Public Enemy against The Gangsta and a classic "I Quit" match between Tommy Dreamer and The Sandman, but thrown in along the way are fantastic wrestling matches, like the Michonoku-Pro Six Man Tag showcase and a Three Way Dance between Tajiri, Super Crazy and Jerry Lynn.

Whilst a lot of the matches on the DVD are fun to watch, there are some that remind us that ECW wasn't exactly perfect. Take the bout on Disc 2, between Chris Jericho and Taz. Sounds like it could be a good match right? Think again, because this is billed as an Extreme Hardcore Shoot Fight. Now I've seen the match and I've still no idea what that means. It was essentially ECW's attempt to incorporate MMA in to wrestling and it failed. I hope TNA is taking notes here. Another one I'd throw on the heap would be Public Enemy vs. The Gangstas, it's violence for violence sake. I'm not a fan of this style of wrestling, there doesn't seem a whole lot of thought gone into the match, just grab the nearest object a hit someone in the head with it.

Something that caught my attention throughout the set, is the crowd. These matches are all helped tremendously by the crowd in attendance. ECW crowds were known for being wild and crazy, something that comes shining through on this box set. When compared to most of the crowds we see today at WWE and TNA shows, the ECW faithful were head and shoulders above the rest. Expect humorous chants, loud pops and fan interaction, that brings that extra edge and excitement to the matches throughout the set. The other thing that lifts a lot of the matches is the commentary of Joey Styles. Styles is much better at commentating alone, as it's clear to hear he doesn't enjoy being shackled by a color commentator trying to get his stuff in as well. Styles really helps to pull you into the match, and his ability to cover the back story of a contest whilst still describing what's happening in ring is second to none. 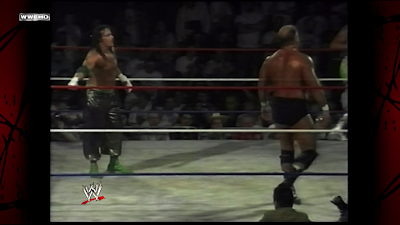 I also enjoyed being able to see some rare appearances in ECW from Arn Anderson, Bobby Eaton and The Steiner Brothers, and whilst their matches aren't exactly the best that are included on the set, in terms of history it's nice to see them included here. The same goes for a number of wrestlers farewell matches in ECW, especially the Dudley Boys' ECW World Tag Team Championship bout against Spike Dudley and Balls Mahoney, as we all know how succesfull both Buh Buh Ray and D-Von went onto be in the WWF and later TNA.

Some of the earlier footage isn't of particularly great quality, making the matches a little difficult to get into, this can be said for later stuff that is shown via "Fan Cam" as well. No matter how good the action is in the ring, if you can't see what is happening then you can't really connect with what is going on in the ring. This certainly improves as the set goes on and once we reach the ECW on TNN era, the footage has improved ten fold. 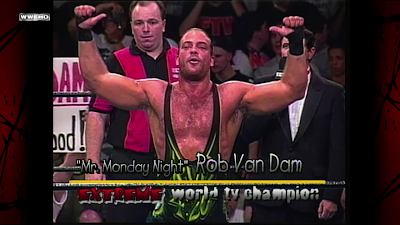 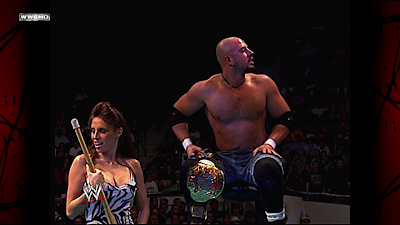 Personally, I would recommend this set to any pro wrestling fan. The variety of matches on display, along with the strong presentation from Joey Styles and Tommy Dreamer, plus rare matches from wrestlers not really associated with ECW are all selling points for me. There really is something for every fan to enjoy here. 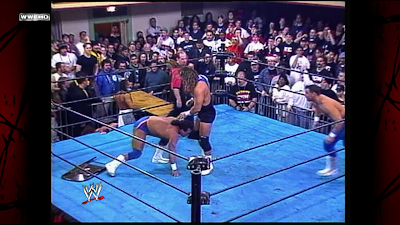 My Top Three Matches From This Set

2. 2 Cold Scorpio vs. Shane Douglas, ECW A Matter of Respect,