It's a PPV night, which means many a British wrestling fan will be struggling to stay awake at work tomorrow, but will the lack of sleep be worth it? Let's run through the card and see what WWE has in store for us this evening. I'll through in a few predictions along the way as well. 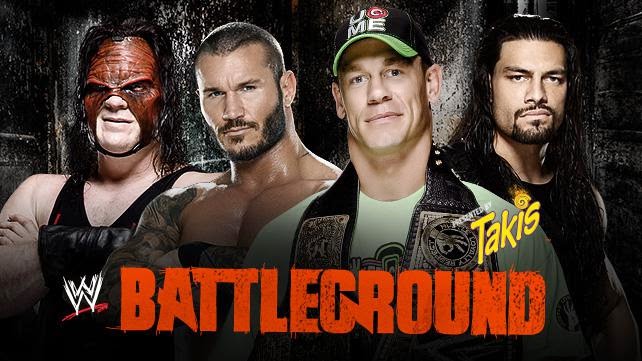 The first Fatal Fourway match for the WWE Championship in over four years (the last one being Sheamus' second WWE title win at the aptly named Fatal Fourway also involved Cena, Orton and Edge) is the headliner for this month's PPV offering. WWE usually delivers with multi man matches and with the guys involved I'd expecting an entertaining match, with lots of near falls and the like. I would imagine we'll see these four split into pairs at the start of the match, before the inevitable Cena-Reigns confrontation. Randy Orton will hit at least one RKO "out of nowhere".

For me, there is only one winner here, and that winner is John Cena. We've seen Orton with the titles for most of last year, Kane is winding down his career and I don't think Reigns is quite ready to headline SummerSlam next month. Therefore that leaves Cena to pick up the victory, most likely getting the pin on Kane. I can't see Seth Rollins cashing in his Money in the Bank briefcase tonight, although I wouldn't be surprised if he attempted to, with Dean Ambrose making the save. It would seem Cena v Brock Lesnar is pretty much nailed on for SummerSlam and will obviously main event, so I'd like to see the titles on that match. 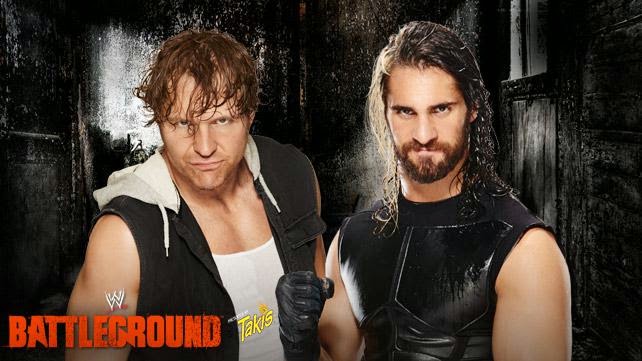 I've had an absolute ball watching this feud over the last few weeks, but clearly not as much fun as Ambrose and Rollins are having with. This has Match of the Night potential, but I have a feeling that this match might go to a No Contest, possibly with a big spot with the idea being that Ambrose just wants to hurt Rollins and stop him from being able to cash in his briefcase later in the night. This would lead into a rematch with some kind of gimmick at SummerSlam. Either way it's clear that this match will not be the last we see of this heated rivalry. 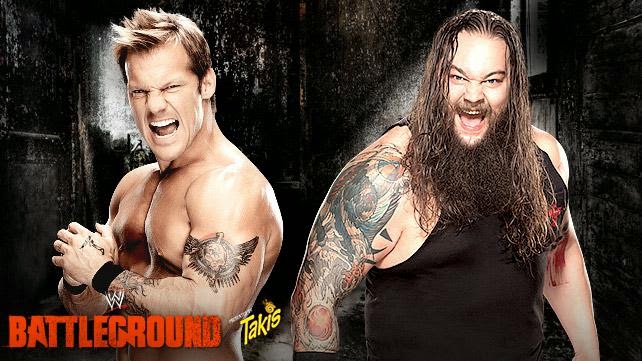 Whilst the promos for this have been strong, I'm still not sure why they are actually feuding. However, Jericho and Wyatt are strong enough in the ring to make this work, I expect this to be a rough and tumble brawl of a bout. I do think this feud will only go one match, with Wyatt picking up the clean victory here. We've seen many times that Jericho isn't afraid of losing matches and making younger talent look good and he's shown that he can recover from losses quickly. Wyatt also needs to get a good victory after coming out on the losing side of his feud with John Cena. 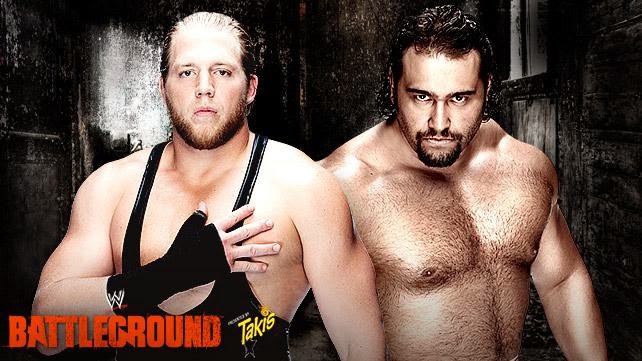 I've said before, but as Brit, this feud does absolutely nothing for me. However I appreciate both talents, and think this could be a sleeper hit, if focused on both men's submission holds. Rusev is the one with the push behind him, but I don't think WWE had been expecting Swagger's babyface turn to get such a reaction, this makes this match even more intriguing. With recent events involving Russia, I'll be interested to see if WWE perservere with Rusev's push or transition it over to Swagger. I'm going for an outside bet with my prediction. 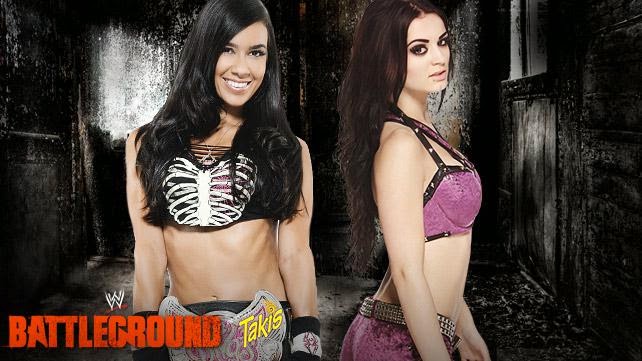 Has there been a more anticipated women's match in WWE in the last five years? Paige's Diva's Championship run wasn't what many were hoping for when she debuted the ngiht after WrestleMania XXX, but ever since she lost the title we've seen the return of the Paige many of WWE's viewers were used to from NXT. AJ Lee's return after a few month's has given Paige a real feud and purpose and the confrontation between the two on Raw last week was refreshingly to regular Diva's feud. AJ's previous title reign has floundered as soon as her feud with Kaitlyn ended, so this match has potential to get both girls back on track. I think we'll see AJ hold onto the title here, but it's important that Paige doesn't end up looking like she was just keeping AJ's title warm for her.

The Usos vs The Wyatt Family (Erick Rowan & Luke Harper) 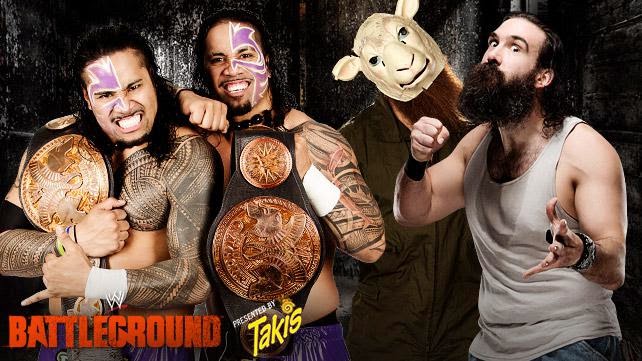 These two teams have been having some belting tag team match recently, most notably their contest at Money in the Bank last month (4th in the Match of the Month poll). Throw into this one one of my favourite gimmick matches in the two-out-of-three falls match and you've got on very happy man. Whilst these matches have always been entertaining, it is definitely time to bring a close to this feud and this would seem to be the last match we'll see between to the two for some time. I'm torn between these two teams as to who is going to come out the winner. I don't think Harper and Rowan especially need the tag team titles, and I feel The Usos will benefit from holding onto them for a few more months, so that's where I'm going to go. 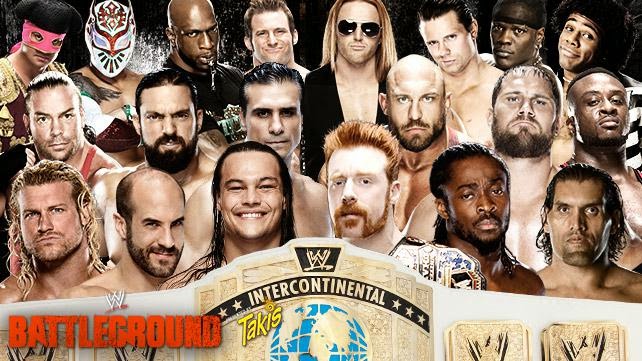 Poor old Bad News Barrett, eh? Just as his title reign seemed to be getting going it was cut short by injury. So we've got this, a Battle Royal for the vacant title. I would have prefered a tournament, but I suppose a battle royal will do. As soon as we rid of some of the guys who obviously aren't going win (Diego? Xavier Woods? Zack Ryder?) then this should be a decent match, with many of the guys who made the Andre the Giant Battle Royal so exciting involved here. Expect Kofi Kingston to do something mental again, expect Damien Sandow to be dressed in some bizarre fashion, expect R-Truth to remain irrelevant. There's only a handful of guys who could realistically walk out with the title, and I think it will come down to Sheamus and Cesaro in the final two. The two have had a number of quality matches over the last few years, so having them battle it out in the final two would be a great way to end the match.

So that's the predictions out of the way, I hope you all enjoy the show and aren't too tired at work tomorrow morning! Let us know you're thoughts on facebook.com/acrossthepondwrestling and on Twitter @ATPWrestling.
Posted by Unknown at 23:05