No Fear No Mercy 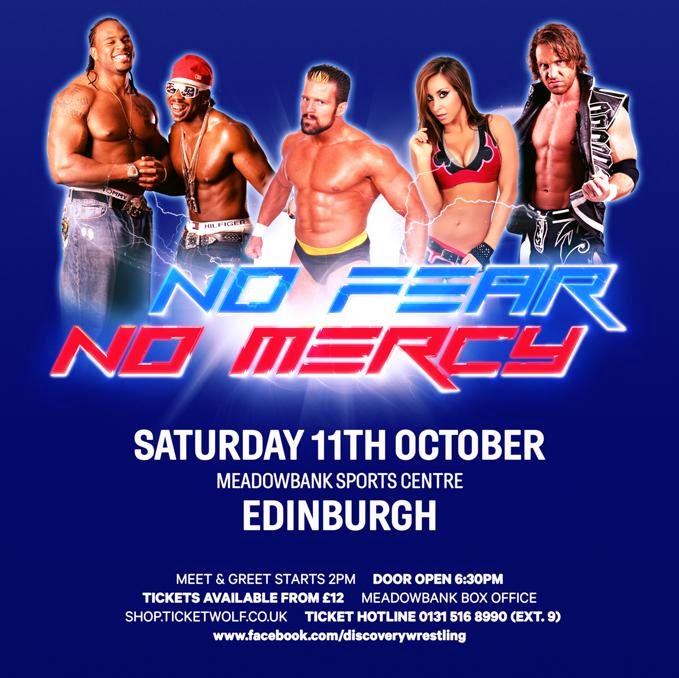 On October 11th Scottish wrestling has a new kid on the block and it plans to launch wrestling into a new stratosphere. Huge names, big matches, all killer, no filler and it all started over a cup of tea.

After TNA announced that TNA would be holding their Bound for Glory event in Japan, Al Snow could no longer attend (Al Snow being a road agent for TNA.). Not to be deterred by this set back Discovery Wrestling then quickly secured the services of TNA Triple Crown winner Chris Sabin.

They topped off that addition with Crime Time not long after JTG was released by WWE after an 8 year spell.

With the card already stacked and still matches to be announced, it could be the biggest debut show in Scottish wrestling history. 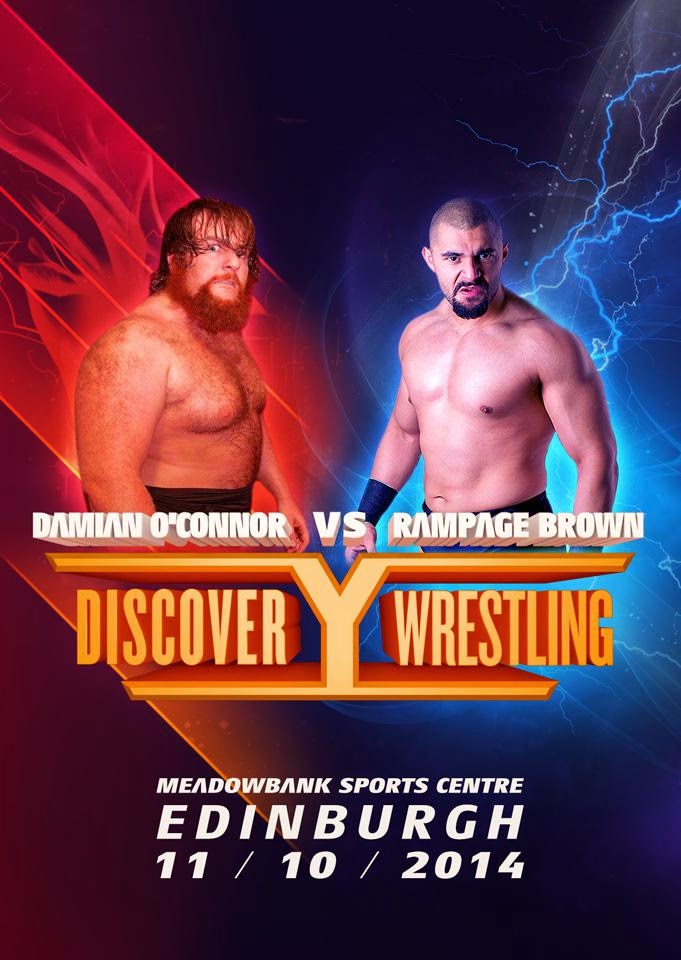 The first official match announced for this huge event. Two big guys with a big reputations. Both will be looking to make an immediate impact in Edinburgh. The roof may have to be replaced after these two fight in the Meadowbank Sports Centre.

Wild Lions vs The Traditionalists 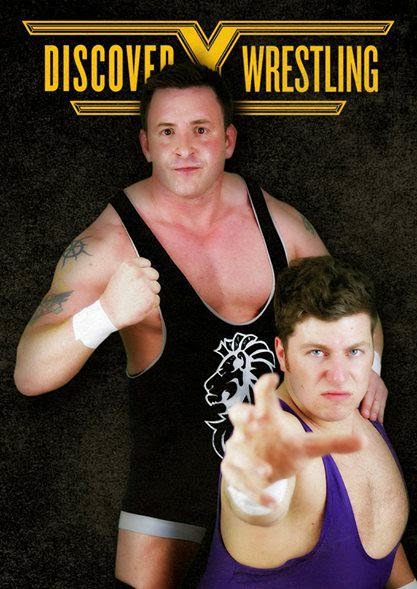 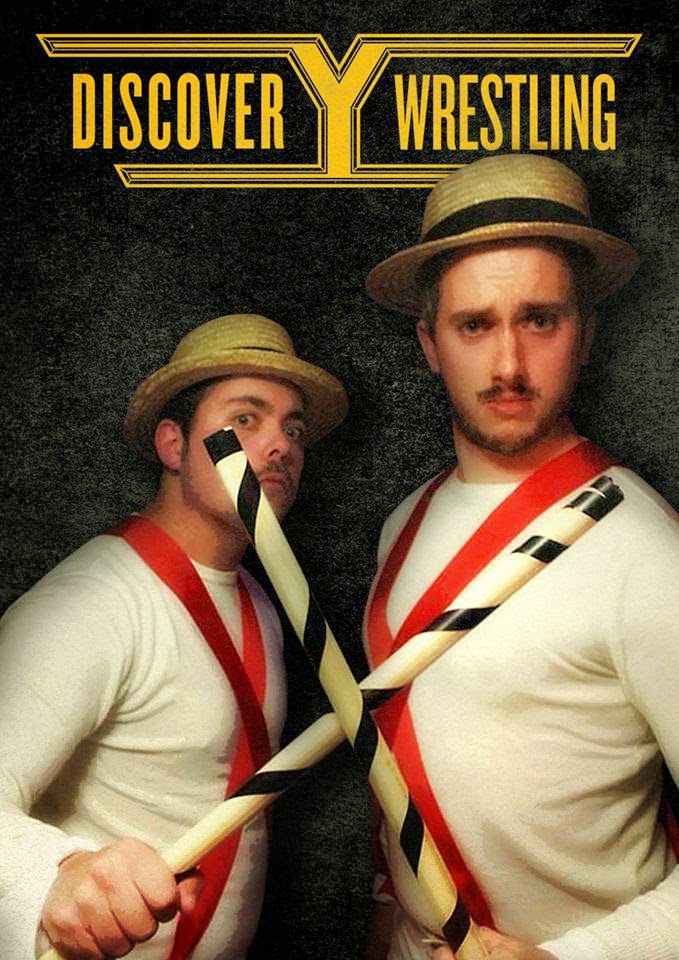 The new team of Andy Wild and Johnny Lions against The Traditionalists will be an interesting one. Both Wild and Lions have won titles everywhere they've been. Johnny Lions currently holds the WrestleZone Tag Team Championships with fellow Discovery wrestler Damien Daniels. Could the Tenacious One find the same success with Andy Wild?


A match requested by Mike Mondo, he chose to face the Iron Man of Scottish professional wrestling. This will be hard hitting, technical, brawling and just a masterpiece to watch. This could be the show stealer and rightly so. This isn't Mikey from the Spirit Squad, this is a seasoned veteran from Ring of Honor ready to face the best in Scotland.


After Al Snow had to pull out of the event, Discovery Wrestling had Grado without an opponent. They chose to team Grado with Crime Time to face any three opponents in an open challenge. The Edinburgh native and “Global Hero” Joe Hendry answered the challenge and will lead a team against the Americans and the Chubby Wee Chancer from the Tap End of Stevenson.

Grado was removed from the event due to filming commitments for the BBC. Discovery Wrestling will be announcing how this will affect this match shortly on their Facebook page. 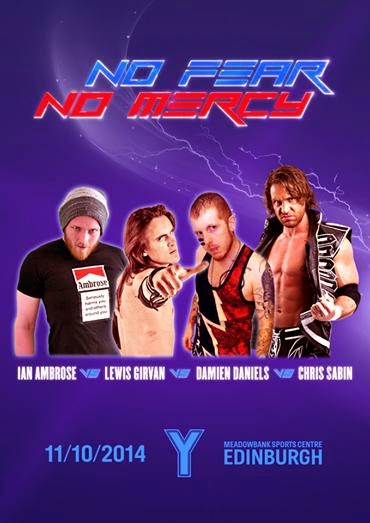 With so many great superstars that are being signed for the Y Division, what better way to kick off the Y Division than to have a 4 way elimination match that includes one of the pioneers of the X Division Chris Sabin. All four men in this match will be looking to impress, and more importantly, will be looking to win. All three of Chris Sabin's opponents have won titles in Scotland with Ian Ambrose and Damien Daniels having won the top titles in SWE and WrestleZone respectively.

Viper vs Sammii Jayne vs Shanna 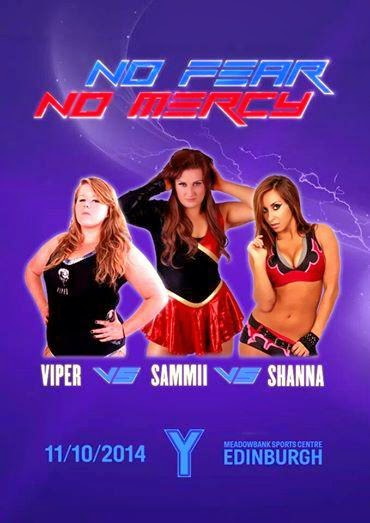 Three of the premier women wrestlers in Europe with Viper, Sammii and “Portugal's Perfect Athlete” Shanna. This will be a fantastic match with the power in Viper, the speed in Shanna and craftiness in Sammii. Three styles that will be mesh nicely. This is the first ladies match in Discovery wrestling history and what an amazing match to start with.

Five matches announced so far and with more to come and the event not far away, now is the time to grab a ticket. There are a limited number of Meet and Greet tickets remaining so better get a ticket while you can!

Get your tickets now at https://shop.ticketwolf.co.uk/

Roster Announced So Far (In Order Of Reveal)

Find out more about Discovery Wrestling through their Facebook page
https://www.facebook.com/DiscoveryWrestling