Welcome to Unanswered Wrestling Mysteries, a new series that will look those moments in wrestling that never received an answer. In this edition, who exactly did kidnap Samoa Joe?

Those bastards, how could they that in front of JB, eh? He's a delicate flower!

It's time to uncover the truth. Could it have been.... 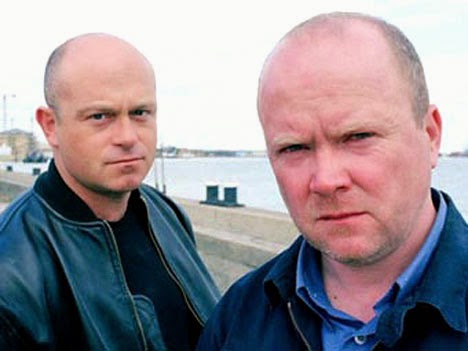 Grant and Phil, possbily with cooperation from that little shit Billy took leave from Albert Square and went to the Impact Zone. They save Joe decided he looked like he could take a beating with a stick, so bundled him into the back of their rented transit van and took him to their hotel. Luckily for Joe, before any real funny business could take place, Peggy turned up and forced the boys to let him go. But not after she'd had her wicked way with the Samoan Submission Machine.

Look at the mean bastards. Don't wanna piss them off. Well, Joe did. The boys were left without enough stock after one of Joe's famous food rampage around the Orlando, eating all in he could. To gain a modicum of revenge the chefs at planned to turn Joe into a pie, but after one of them licked Joe on the belly they decided he would be better off in a flan. Joe hated flans with a passion and launched into a rage, breaking free of his captors, because there was no chance he'd be turned into a fucking flan.

Someone trying to rescue him from his own TNA career 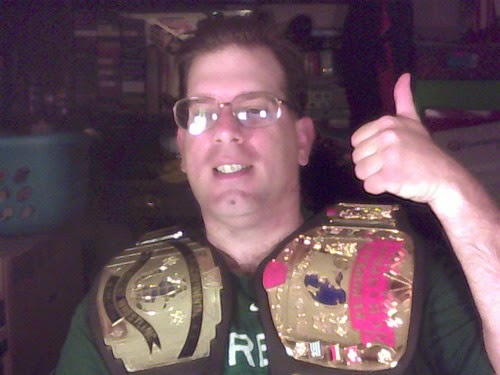 Perhaps a group of smarks joined together after seeing the future in a joint dream and realised Joe would be better off disappearing off the face of the earth than continuining to persevere with his TNA career. Unfortunately, Joe was able to escape when the group were watching an old episode of Nitro they'd torrented. Joe regrets this to this very day.

Well, there are the options. I think we've at least narrowed it down to these three anyway. Which is more than TNA ever did with the kidnapping!
Posted by Unknown at 17:57