Look who's back! Cheers to Marc Pearson for stepping in at the last minute to join our new guest writer cycle. Sit back and enjoy as Marc talks about starting wrestling training at Futureshock Wrestling School in Manchester. 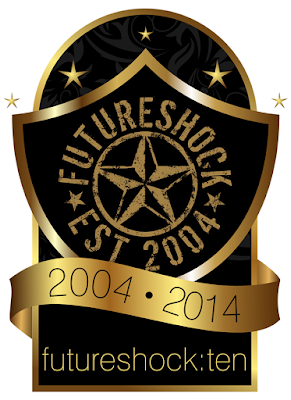 
3 motto's that I had clung to like the proverbial limpet whenever anyone from Futureshock Wrestling had ever asked if I wanted to give their Wrestling School a try. For four years these were the excuses that I trotted out time and again. Sometimes I would throw in a forth, just to make sure as it were, I am THE worst wrestler in the world. Anyone who had the misfortune of seeing me stink up matches in my old backyard fed (UBW - Ultimate British Wrestling, check on Daily motion if you have 10 minutes to kill and want to laugh at me getting the living snot kicked out of me) will know that I'm not great at the old wrestling lark.


Unfortunately (for yours truly) 3 of my 4 mottos have been put to test this year. Namely that I've lost a boat load of weight and got heavily into keeping fit. So that's motto's 2 and 3 out of the window isn't it? We'll come back to numbers 1 & 4 in a moment. I'd given real "proper"  Wrestling training a try once before, a few years ago with Chris Curtis, in my hometown of Stoke On Trent with a group called BWA. On that day I'd taken a bump incorrectly and landed with all my bodyweight on my left elbow, tearing a ligament in there, an injury that ended both my pro wrestling dreams but also my backyard days as well. That was until earlier this year, when I was offered a chance to train for the day with the Runcorn based RWA. While I didn't do any damage to myself that day I was one of only 2 beginners there and that took me right out of my comfort zone and riddled me with self doubt, which only intensified when I performed an armbar takedown incorrectly and my opponent - a young girl - was driven face first into the canvas. It didn't matter that the girl took the bump on her nose instead of on her cheek, I was seriously shaken up and was glad when the session finished soon after.


I forgot all about being a wrestler for a few months, well I say months, I mean weeks. As in late August, Futureshock Wrestling announced that they would be holding an Induction Day in September. I thought long and hard about whether to attend or not, as mentioned my motto's and excuses had already been dismissed by some of the guys who train at the school and because it was an Induction day, I wouldn't be the only newbie there, hell, because of my new found love of fitness, surely I wouldn't be the worst one there either. So I agreed to go.


And so, on Saturday the 19th of September, I made the drive to Failsworth in Manchester. I almost didn't make it as half way there I had a mini panic attack which made me drive round a roundabout 4 times as I tried to decide whether to go home or to stop being such a pussy and finish the drive. Obviously I decided on the latter and soon thereafter pulled up behind the old cotton mill that is Morton's Gym. Now I have to say (and you may have guessed) that I'm VERY shy, and very introverted with people that I don't know. I was expecting to be ok with this though as I've known the head trainer Dave Rayne for a number of years and  thought that I'd be alright with a group of newbie's. My heart sank then as when I pulled into the car park I noticed Futureshock Wrestlers Penny Dreadful & Henry T Grodd. For some reason I had expected the Induction Day to just be beginners. I walked slowly up the stairs to the top floor  and almost ran out of the building when I entered the training area so the sight of a room packed full of people.

Again, man up time for sure. I took a few brave pills and decided to stick around and see if the warm up was as hard as I'd heard it would be. And from the moment we started warming up I relaxed. Running on the spot I took the time to look around the room and realised in seconds that I wouldn't be the worst person there. As we progressed through various exercises - press ups, squats, leg raises, planks and assorted gubbins, my confidence swelled, while I'd never call it easy, it was easier than I was expecting it to be, and when I was partnered up with a wonderful man called Kevin, he not only pushed me further than I thought I could go but made me laugh doing it (it turns out Kevin is a stand up comedian so that kind of made sense). Turns out motto/excuse number 4 was another one that I couldn't use.


After the warm up the group was divided into 2, one group being the usual advanced class that occurs on a Saturday morning (which explains why there were so many wrestlers there) and us newbie's. We were taught how to lock up, doing a drill where we had to do a lock up followed by a squat, 50 times! How do 3 different types of roles (something I was pretty good at having done many of them as part of my exercise regimes) then how to transition from a lockup into a headlock or a hammerlock. Head Trainer Dave Rayne not only showed us how to do the moves, but WHY they are done in that way. This was something I had never experienced and it really opened my eyes to some of the inner working of the art of wrestling. Dave is also an extremely patient teacher, it mustn't be easy when an idiot like me asks to be shown something for the 7th time but he never once complained and made sure that I understood everything.

But then we all came back together and I had to show the whole class what I had learnt, feeling like I was at school again, hating the thought of all these wrestlers who I respect and admire watching me. Some of them I've criticized on my reviews of Futureshock shows so my paranoid brain told me they all wanted me to fail. Fortunately my partner at this time was a Mr Bobby Cash, who I've known for years and who went out of his way to make me look good. And then we were done. Dave held a brief Q&A and before I knew it I was on my way home. 3 hours had flown by and I was left feeling both elated yet massively annoyed with myself for how my confidence seemed to utterly fail me where I mattered the most. I resolved myself to not only return as soon as I could, but to have a  much, much better attitude than I had shown that first day.

With that, 3 days later I was back at the school. This time I learnt that the warm up we had done on Saturday was a legitimately easy one. Dave had us run to the bottom floor and back to the top 3 times, then do 120 squats, 40 press ups, 40 burpees and more! In my second session I tried my hardest to be more confident, I volunteered to try things even if it meant doing it in front of the group and worked as hard as I could. We learnt headlock takedowns and running the ropes that night. I can get quite frustrated when I can't do things and I couldn't figure out the actual takedown part of the headlock takedown and had to be taken to one side by former Futureshock Women's Champion Danni Hunter and explained that getting frustrated like that in a match situation would be really bad and that it's something I would need to nip in the bud immediately.

Unfortunately it wasn't all good that night. After the warm up we had been doing some drills which involved us slamming ourselves onto our fronts as fast as we could. On my 9th dropdown I landed really hard on my left knee and straight away knew something wasn't quite right. I carried on though, full of adrenaline and determined to be better than I had been on the Saturday. But when I got home and that adrenaline had worn off I began to realise that I couldn't put any weight on my left leg. A day later and a visit to A&E confirmed a torn MCL and orders not to train for 6 weeks. I write this after 2 weeks and the frustration of not being able to train is already driving me crazy. But at the same time I know I'll be back as soon as I'm able to. I believe I've got what they call "The Bug". And I'll be here to tell you guys all about it.

Oh and if you wondering about motto excuse number 1, I'm 33 years old, the response I got when I mentioned this.............DDP was 35 when he started training. Can't really say anything back to that can you?!


If you want to find out more about the Futureshock Wrestling School, here's where to head.