Opinion: Unanswered Wrestling Mysteries Chapter 3 - What Was In The Lockbox? - Part 1 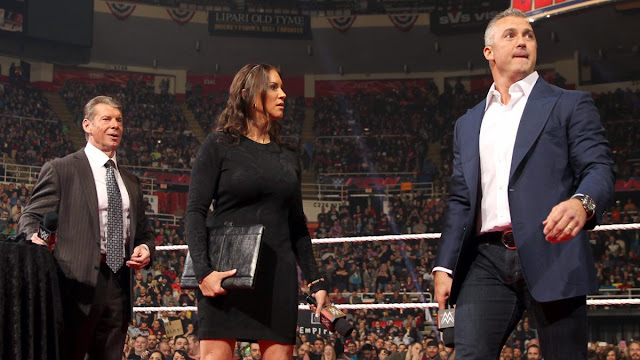 Chapter One - Who Kidnapped Samoa Joe?
Chapter Two - Who Was the Higher Power of The Nexus?

A lot happened in the WWE in 2016: AJ Styles turned up, the brands got split again, Brock Lesnar got murdered by your Dad's ripped friend, Bill, something called a Wild Card Finals. Despite a year full of big questions and many big answers, there is one question that many people still ask to this very day: What was in that lockbox? Let's take you back to the halcyon days of the 22nd of February 2016. Vince was in the ring to announce the very first Vincent Kennedy McMahon Legacy of Excellence Award which unsurprisingly he awarded to his daughter, the stylish and unlikely to ever get demoted, Stephanie McMahon. When much to everyone's surprise (that's a rare use of that phrase without sarcasm, kids) 'Here Comes The Money' hits and out came Hot Dad Shane himself, big money Shane McMahon to run down the poor business practices of the WWE, his sister and basically leave everything in what I believe the kids would call #rekt. He then announced to Vince he would be battling for control of the company and as collateral, he reminded Vince that he had a lockbox containing a secret Vince wouldn't want to come out. So Vince put him in a match at Wrestlemania against The Undertaker in Hell in a Cell.

Some more things followed, Shane did the ghost punches, everyone called each other 'bitch' a lot and eventually after a solid ten-fifteen minute match trapped in a forty minute match's body, Taker won and per Vince's stipulation, the lockbox went away and Vince made Shane a Co-CEO because reasons. But here's the thing, you might have expected a Chekhov's lockbox like that to have been opened by now as we have to have hit Act Three of the story by now but no, it went away, never to be mentioned again. Till now. You see, we here at ATPW, don't like leaving a stone unturned so we've put our best minds together and come up with our explanations of what could have been in that lockbox and here they bloody well are...

What else could it be? Cast your mind back to 1990, a time when men were men and Fred Ottman was Tugboat. In the lead up to Survivor Series, the question on everybody's lips was 'what is inside that giant egg?' Not in fact the question they should have asked which was 'why is there an egg near this wrestling?' It turns out the obvious answer was Eddie Guererro's brother Hector, dressed as a turkey hatched out of the egg, calling himself The Gobbedly Gooker and proceeded to dance around the ring with 'Mean' Gene Okerlund who had to pretend Thanksgiving hadn't just died for him. The Gooker appeared intermittently over the next few months in the lead up to the Rumble but the fact that everyone seemingly hated it didn't lead to a devastating Gooker heel turn but just for him to disappear completely for about a decade.

Now, for my theory to have worked, they would have needed to keep that lockbox out post-WrestleMania, by the commentary booth, until Survivor Series. They would have it turn up at Live events, on NXT, even turn up to and EVOLVE show, compete in a Triple Threat with Matt Riddle and Fred Yehi. Come Survivor Series, Hot Dad Shane would be getting a beat down from Braun Strowman when he'd manage to crawl over to this bizarrely human sized lockbox and unleash the gritty, Nolan-esque Gooker 2.0. As played by Shaul Guerrero. Just for legacies sake. It would be a brutal, nihilistic take on the dancing turkey with washed out colour palette and brooding, monotone voice modulation that could be put into just about any storyline and make sense. 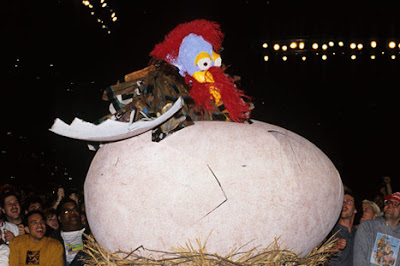 Now, why would Vince want this creation kept locked away? It had a Hans Zimmer-seque entrance theme that made CFO$ weep when they created it. Aiden English was finally able to get some main roster traction by playing on his real-life marriage to Guererro. Sadly, it would never be because they forgot to put air-holes in the box and the stand-ins for Shaul they had (because they couldn't risk injuring any more talent) all passed out and had to be sent to the farm with Randy Orton's multiple fake TV wives. Probably for the best as, like all Nolan creations, it had such a tragic backstory that the writing staff could never capture its depths of emotion. Sadly, all we are left with, is the thought of what could have been and the dreams of what may still.

2. The Scripts from that time Vince wanted to be the father of Stephanie's illegitimate child.


This actually nearly happened. Vincent Kennedy McMantuar actually wanted this to happen. Many people believe this was the moment that Stephanie McMahon realised that her father was more evil than the man he portrayed on television. Even when Mr. McMahon did this:


Luckily for Vince, even if he never got to have a TV Child with his REAL daughter, he did at least get to have that I Quit Match with Steph. That'll teach her to not want to have sex with Dad.


Everyone here may remember shortly after dying in a limo crash, there were plans for a storyline about Vince's illegitimate son inheriting his company. Originally slated to be Mr. Kennedy, then revealed to be Hornswoggle (because of some real world shit that presumably we all know about and don't need to discuss again) then revealed to not be Hornswoggle (who was the son of Finlay because... haha Leprechauns) but it was never said who the real son was. Many people have hypothesised who it could be: Brad Maddox, Paul London - the Smiler upon exit, HHH (those people also wanted Vince to be Steph's child's father), Ross Kemp but there's only one person who makes sense: Husky Harris. Think about it, what if Irwin R. Schyster had two children: Bo Dallas and food presenter Mika Rotunda, Vince however had an affair with Stephanie Windham (he liked women called Stephanie) and the result was a third child named Windham who they pretended was not of Vince's lineage. 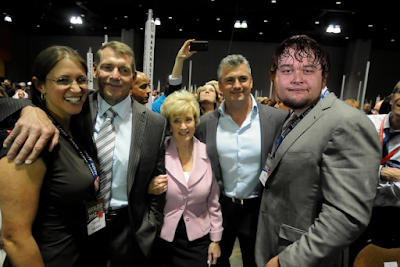 As the years went by, he began performing under the name Husky Harris and made his way to Daddy's Own WWE and found himself thrown into the hot angle of the Nexus because Vince wanted all his children to be big names. Now, Harris wasn't quite as well-versed in Wrestling lore as Steph and Shane and quickly found he was floundering, especially within the weak sauce faction The Nexus became. He began hearing voices, a fair maiden named Abigail whispered to him. She told him to follow the buzzards. And he did. And more joined him along the way, they became a terrifying force, well for a while, till the losses started racking up. As the losses happened, so his promos became more tangential and less connected to reality but the question was asked, why would Mr.McMahon want to keep around an insane cult that wish death to his corporate machine? Because he keeps the spirit of his son, Husky Harris inside a lockbox, waiting for the day he can re-connect him to his body and vanquish the villainous spirit of Bray Wyatt once and for all.

Obviously he didn't want to tell anyone because it's part of a grand plan, we all know that Vince plans everything years ahead right? No decisions made on the fly here.


*Check back at 6.30 GMT tomorrow for a shit load of other possibilities*